How To Determine The Roll Out Sight Picture

Here’s where we get back to what we wanted to talk about in the first place…aiming the aircraft at the proper aim off point. The previous discussion only had one purpose…to show us how to get to the correct roll in point. What happens next is what spells success or failure for the pilot. By the time the pilot gets to the release point, our friend Mr. Newton (from the first article) will have pretty much determined where the weapon will land.

The Roll Out or Track Point
The roll out point is sometimes called the track point. When the pilot rolls wings level with his nose on the AOP, he begins a process known as tracking the target. Figure 11 shows the roll out point…the AOP is past the target and the pipper is short of the target. 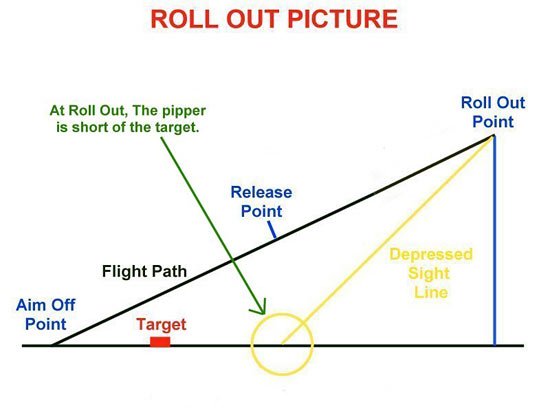 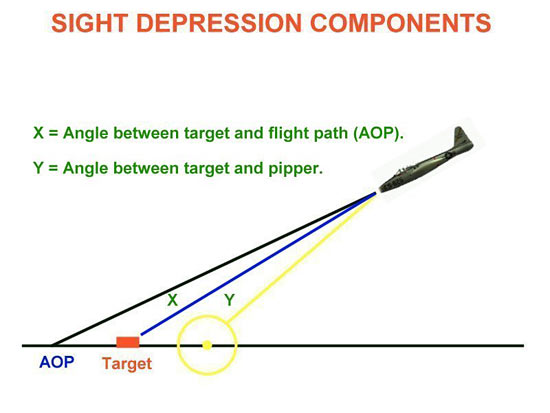 The target-pipper value is of particular importance. At roll out, the pipper will be short of the target. We can measure this distance in mils using our gunsight reticle. If we know the size of our gunsight reticle in mils, we can use this as a guide in determining how far short of the target to place the pipper. By knowing this target to pipper mil value, we can roll out with the pipper below the target at that value without any reference to where the flight path is pointed. The next figure explains this. 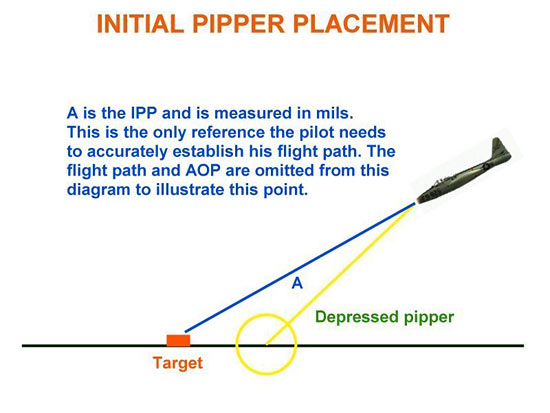 This concept is very important…so much so, that this mil value has its own special name. The position of the pipper at roll out is known as the Initial Pipper Placement, or IPP for short. The concept of the IPP is a tried and true instructional method…before HUDs that had flight path cues, the IPP was the primary method of setting the nose at the roll out point.