Understanding the A2G Sight Setting
We know, from the last paragraph, that if we aim right at the target and then release our weapon, that weapon will hit the ground short of the target. Therefore, to get the weapon to hit the target, we have to actually aim past it…to the target’s 12 o’clock…until we arrive at the weapon release point. We call this the Aim Off Point (AOP).

How do we know where the weapon release point is? As explained in the previous articles, we first decide on a desired dive angle and airspeed. Then we compute our desired release altitude. With these release parameters in hand, we then get a bomb range from our ballistics manual. We can use this bomb range to draw a picture of the release point. Here it is. 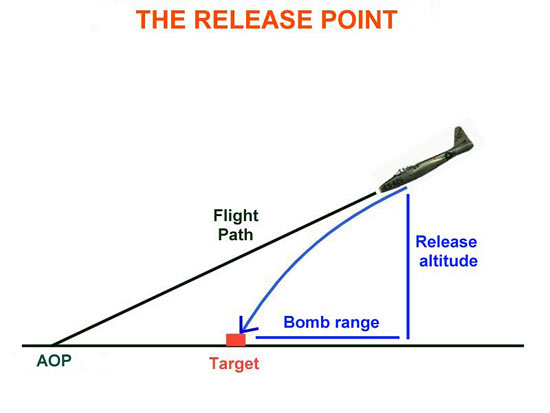 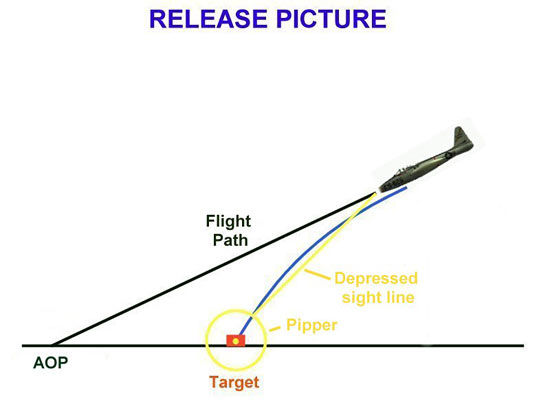 Now let’s consider the position of the reticle in the HUD. The preceding figure showed the reticle below the flight path. The next two figures show what the roll out and release point might look like when viewed through the HUD. Note the reticle point of origin. It is from this position that the reticle is ‘lowered’ or depressed. This starting point is usually near the top of the typical HUD and often approximates the location of the gun line. This position will vary from aircraft to aircraft. 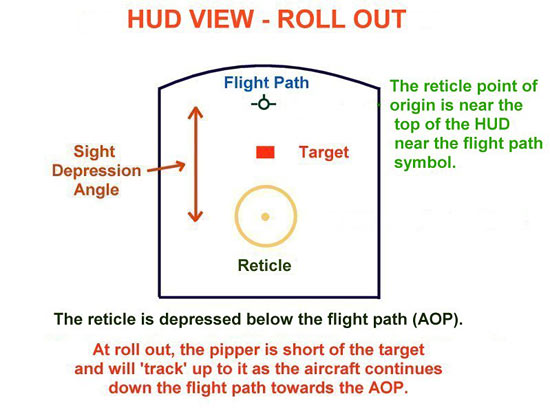 Fig 5 – HUD View of the Roll Out Point 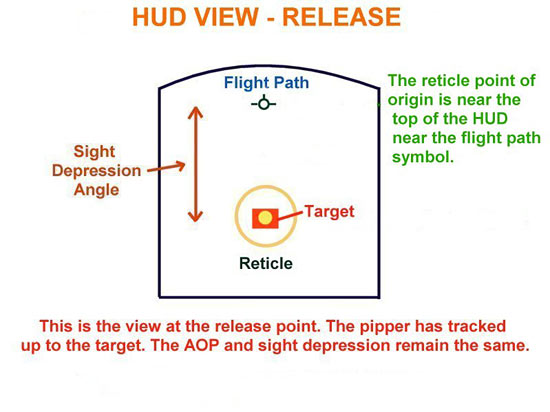 The reticle can only be moved vertically…up or down in the HUD. For almost all weapons sight setting calculations, the movement is down, or ‘below’ the point of origin. Moving the reticle down is called ‘depressing the sight.’ The sight is depressed by rotating a knob on the sight control panel, and the amount of depression is measured in ‘mils.’ A ‘mil’ is a unit of angular measurement…approximately 1/17 of one degree. The pilot ‘dials’ in this mil value in his sight control panel. He calls this his ‘sight setting.’ 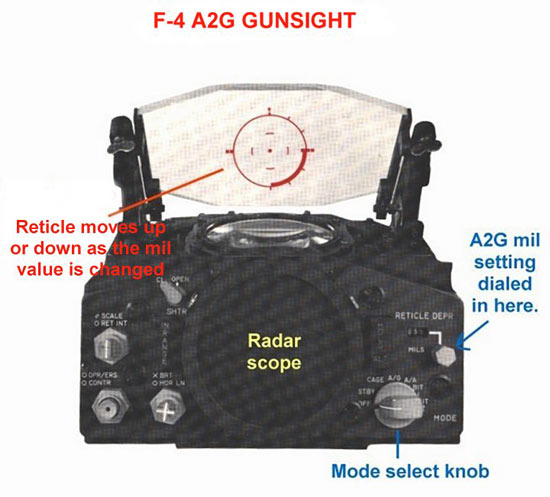 Each weapon type…each selection of weapons release point parameters…has its own sight setting. In the previous articles, we discussed bombs. But what about rockets and guns? Are they different? Absolutely not…and here is why.