Delivery Considerations Unique To Forward Firing Ordnance
We often think of these weapons as ‘point and shoot’ types. This ain’t necessarily so, as we will now see!! 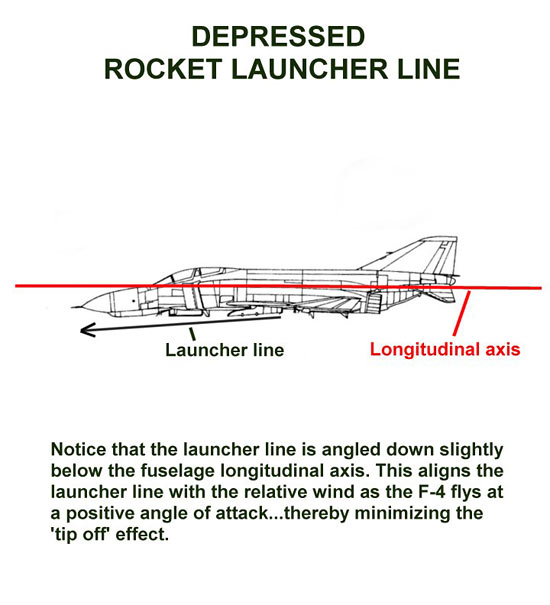 Rockets are meant to be fired at or near one G conditions. Any G load (positive or negative) more than this one G firing condition will change the aircraft angle of attack, resulting in a rocket flight path that bends towards the relative wind. This ‘bending’ or change in the rocket flight path is the ‘tip off.’ As the G load increases, so does the magnitude of the tip off. Here is a picture of tip off. 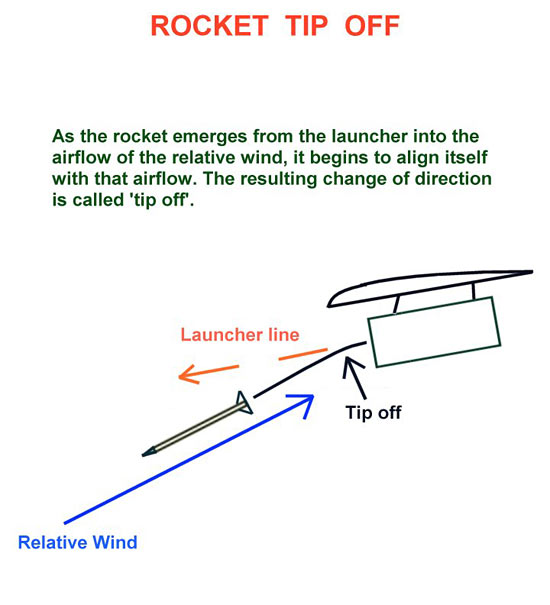 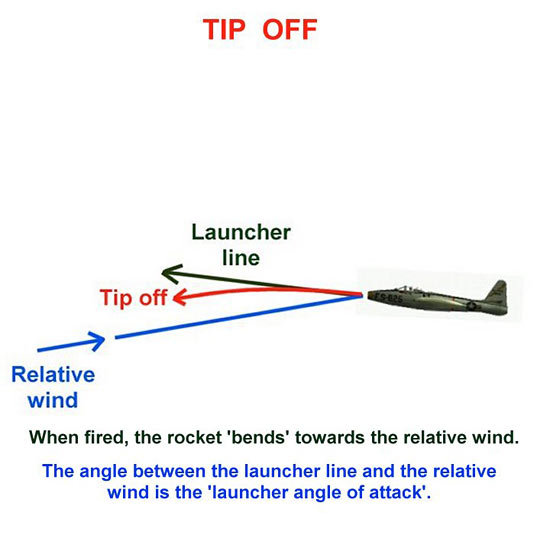 The only way to avoid tip off is to make very sure you are at approximately one G when firing your rockets. One final point…yawing your aircraft will produce a lateral or ‘sideways’ tip off. Do not use the rudder to correct your aim when shooting rockets!