As you near the target, bring the reticle up to the target and begin final aiming adjustments. When possible, use reticle matching to estimate proper open fire range. Remember…do not use rudder to correct your pipper position! Use small bank angles to ‘drift’ the pipper right or left. 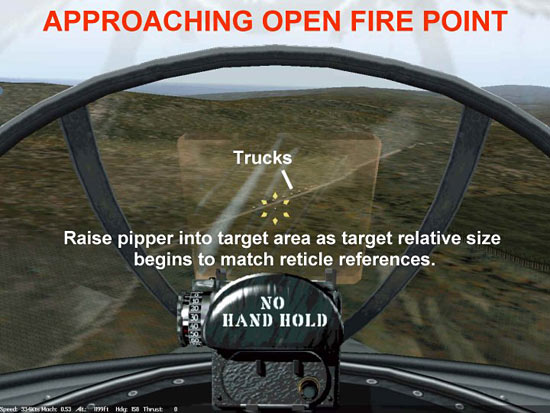 The release point
Use a combination of HUD altitude and monitor ‘big picture’ to determine your release point. As you see the release point approaching, smoothly raise the nose to place the pipper on the target and then stabilize your G. 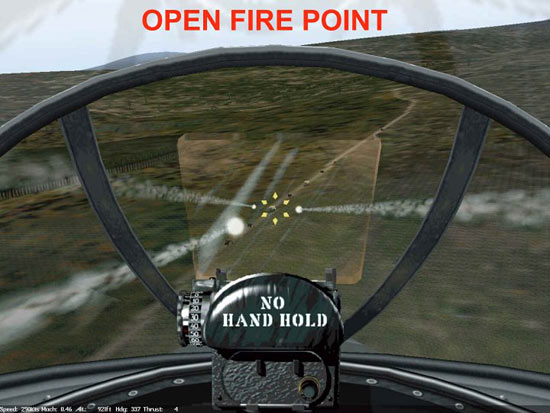 One big question in our sims is, “How do I recognize my release point?” In real life, the pilot is going to have a predetermined release altitude for a rocket attack. In addition, his real world peripheral view will give him a much better sense of depth perception and range. Unfortunately, we don’t compute weapons release parameters for use in our sims, and the monitor viewing area fails to provide adequate peripheral vision and depth perception in most cases. At best, we can ‘guess-timate’ a release altitude, but ultimately, your best results will come from trial and error.

In a rocket attack, most misses will come from firing out of range…too far away from the target. Rocket ranges are quite short in reality, and our sims are pretty good at replicating this. One mile is about right for a max range shot…and one mile looks pretty close at times! Rules of thumb are hard to come by, but use the size of the reticle or pipper as a guide. For truck sized targets, don’t fire until the truck is at least 1/2 the size of a reticle diamond (MiG Alley) or 3-4 times the size of a typical pipper. 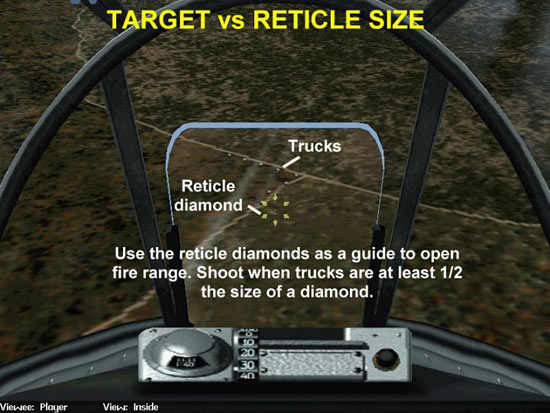 The next figures show the result of shooting at too great a range in a rocket attack. The building is the target. In the second screenshot, the rocket hits well short. 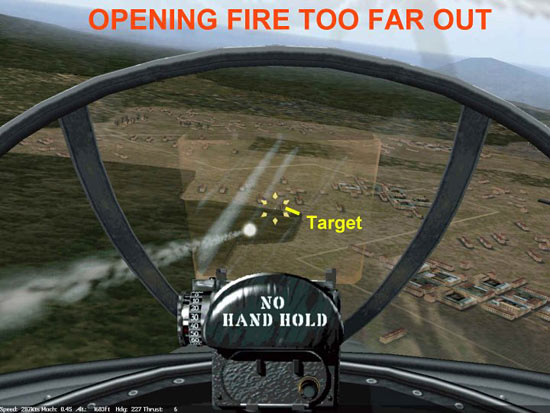 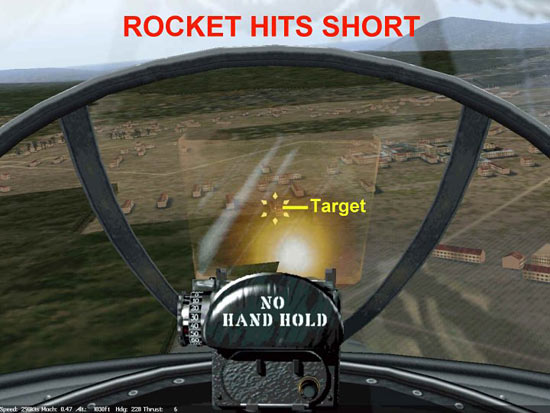 Take one final look at the target to use its relative size to help you judge release range. Stabilize the pipper on the target and maintain about one G. This is important to avoid rocket ‘tip off.’ To release the weapon, squeeze, not jerk, the trigger (or depress the release button as the case may be). Release the trigger or button and continue to hold the pipper on the target for a moment. This pause is a form of ‘follow through’ known as the ‘Track – Shoot – Track’ technique that helps assure good pipper discipline and control.