Something was causing the nature of the SEA conflict to change as the war entered the middle 60s. That something was the North Vietnamese escalation of the war. The political instability in the south had encouraged the North Vietnamese leaders to press their military, the North Vietnamese army, into direct action in the south. The problem for them was to get their men and supplies into the south in one piece. The USAF and USN had complete air superiority over the entire region. Any large scale attempt to move across the border between the two countries would have been met by withering air attack. There was a safer way. That way was to bypass the border and make an ‘end run’ through Laos and Cambodia. Men and supplies could be moved south into staging areas in Cambodia for an eventual attack on ARVN and US ground forces with little opposition. These supplies were moved on a route known as the Ho Chi Minh Trail, or just ‘the Trail’, for short. This infiltration route had its beginning in World War 2 when Ho Chi Minh began a nationalist movement to oppose the Japanese occupation of French Indochina as the area was known at that time. In the years following WW2, the Trail was used in the war against the French. By 1965, the Trail had been under development and use for twenty years.

The Trail was in fact a network of primitive roads and trails through the jungle and limestone karst (mountains) that ran south along the western border between North Vietnam and Laos. Often covered by the tall jungle treetops, the Trail was largely unknown to US planners. But this was all to change. Gradually, reports of deserters and POW debriefings began to come together and form a picture of a supply route that was largely untouched by US air attack. It was for certain untouched by US or ARVN ground forces. Not only was the Trail to a great extent in a foreign country (Laos or Cambodia), it was also well beyond where the US or ARVN were willing to move ground forces…the Trail was just too far into ‘Indian country’ for the US to risk a ground force. As a result, the burden of stopping the supplies coming down the Trail fell on the shoulders of US air power. 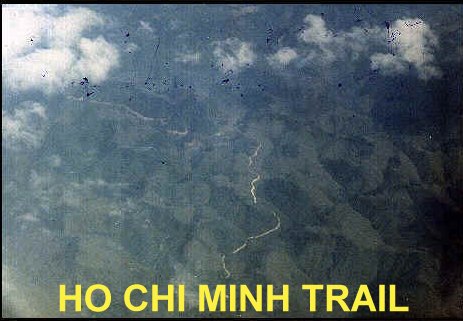 A number of attack strategies were conceived and put into service. Some of these actions were open to public media, and some were covert. Operations that were openly acknowledged included B-52 Arc Light strikes (carpet bombing of suspected enemy supply routes), attacks on river and road choke points by fighter aircraft, as well as variety of other means of uncovering enemy movement down the Trail. Examples of this covert activity include the attempt to destroy the jungle cover that prevented US reconnaissance flights from detecting the enemy (Agent Orange) and the use of sensitive listening devices air dropped along the suspected Trail roads. Additionally, US forces were placed into Laos and Cambodia in a secret war against the forces coming down the Trail. More on this later. 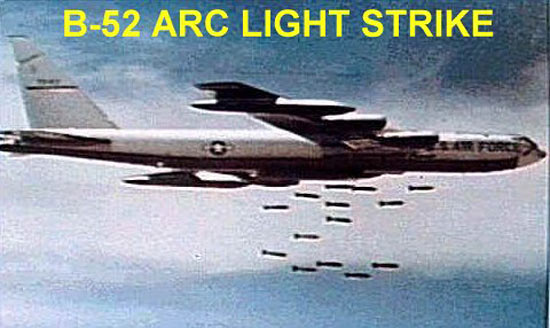 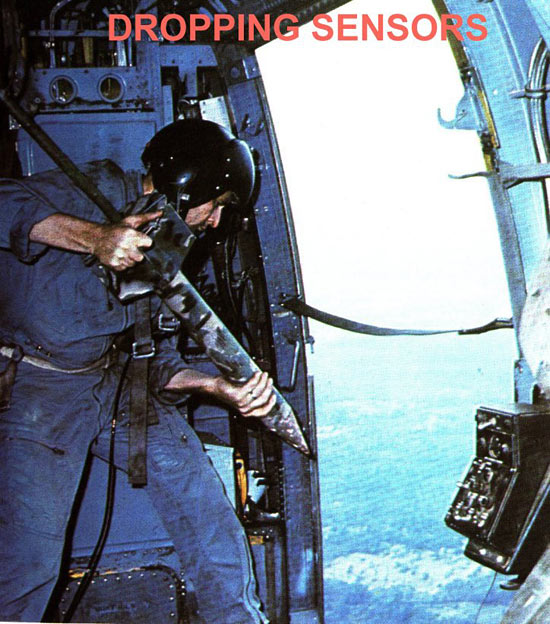