Just as the weaponry was evolving in the CAS war, so was the nature of that war. The traditional daylight fighter attacks in support of ground troops in contact with enemy forces continued, but the danger from enemy AAA was forcing the fighters to release their weapons from higher altitudes. The days of ‘getting down amongst ‘em’ were coming to an end for the fast movers (F-4s, F-100s, A-4s, etc). To survive the increased enemy threat, attack tactics stressed higher altitudes and speeds. This had a negative effect on accuracy. Soon, the US and ARVN ground commanders were making their concerns known. What was needed was an aircraft that was survivable, capable, and accurate at the same time. Enter the A-I Skyraider. The USN had been flying the A-1 for years. Now the USAF acquired and put into action their own A-1s. 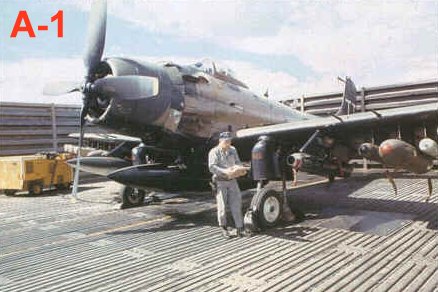 This aircraft was tailor-made for the CAS role. It could carry almost anything in the book, had great range and endurance, and was pinpoint accurate. Popularly known as the ‘Spad’, the A-1 was number one in every ground commander’s close air support request. 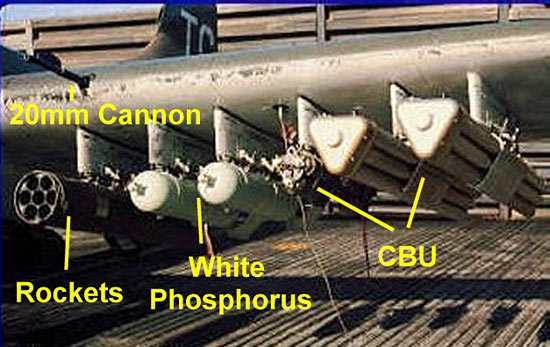 The war had evolved into a 24 hour a day operation. In an attempt to gain control of areas far from the population centers, US and ARVN forces had established bases in the South Vietnamese countryside. These bases became a favorite target of Viet Cong and North Vietnamese forces. One of the best known examples of this was the battle for Khe Sanh. In this prolonged battle, the US attacked the enemy from the air. USAF and USN fighters as well as B-52s were used to beat back the ‘human wave’ communist attacks on the base. These aircraft at times dropped their ordnance literally within yards of the US front lines.

The North Vietnamese knew well the dangers of a daytime attack. Consequently, they massed thousands of troops for nighttime frontal assaults, thinking that the darkness would provide cover for their forces. This approach would have been successful had it not been for the effectiveness of the US ability to provide close air support at night.

In their night actions, CAS had taken another step forward in its evolution. The need for night CAS gave birth to the concept of the gunship. The first aircraft to be used in this new role was an adaptation of the venerable C-47 cargo plane. Mini-guns were mounted in the side of the aircraft and a crude aiming device was designed. The result was the AC-47, forever immortalized as ‘Puff the Magic Dragon.’ 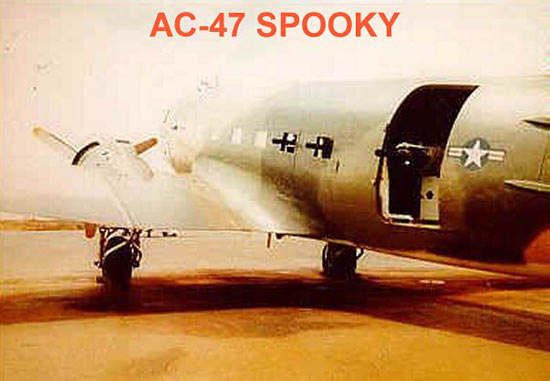 The gunship would orbit over the friendly camp. If the enemy troops tried to rush the camp, they would be met by a withering hose of machine gun fire from above. The AC-47 was so successful that other transport aircraft were modified for the gunship role. The C-119 was redesigned to carry both cannon as well as machine guns. Then the ultimate in gunships made its entry into the war. The AC-130 brought a level of firepower that was unknown up to that time. It carried 20mm, 40mm cannon and a monster 105mm howitzer, all firing out of its left side. It carried a variety of high-tech acquisition and aiming systems, making it the most deadly of all CAS weapons. 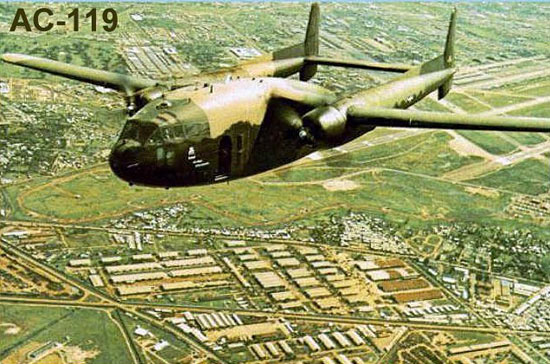 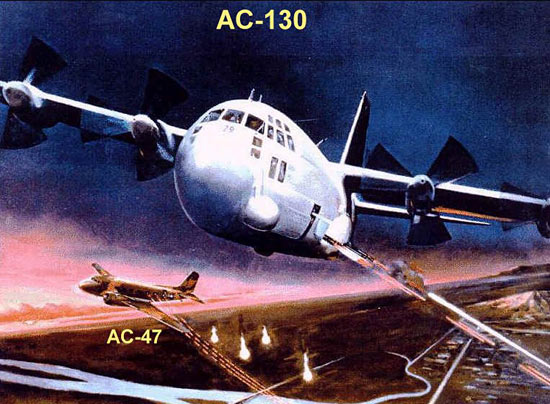 This was close air support at its most basic. The gunships would remain on station for hours, ever ready to bring their weapons to bear. With the camp being lit by flares, the gunships could easily direct their fire to within feet of friendly positions. It’s safe to say that many a US or ARVN soldier today owes his life to the effectiveness of the gunship in the night CAS role.