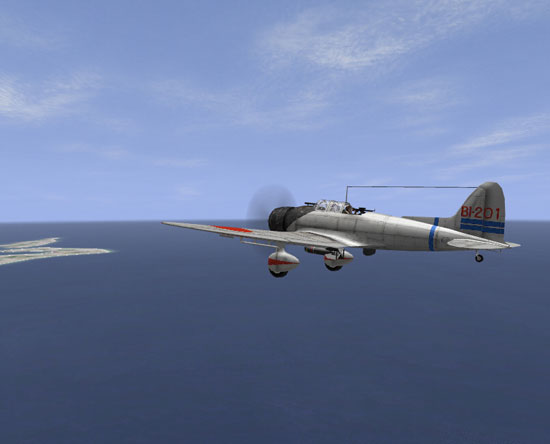 The other question is the altitude of release. I tend to release at about 3-4 thousand feet. This gives me plenty of time to pull out while nominally putting the bomb on target. You have to make sure that you have plenty of time to retract the dive brakes, climb out and increase throttle to get out of the area. A dive bomber is really only vulnerable in the climb out from its target. It has traded altitude for accuracy and it bleeds off its airspeed in the dive, so it may not necessarily be in the best position to defend itself. 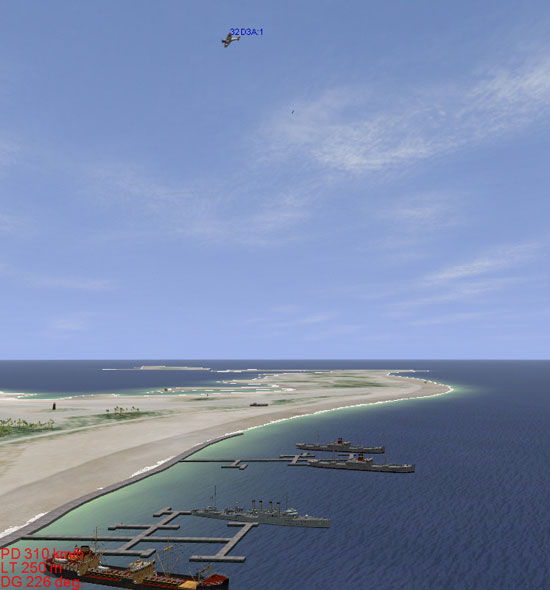 I have noticed that with modern joysticks — especially those that have a light throw — I have a tendency to jerk when I release the bomb, which will throw off the bomb prior to hitting the target. The goal is a calm release. That’s not always easy when you see your target rushing up to you at 250 mph. Just like a rifle, trigger squeeze can be the difference between destroying a target or just making a big hole. 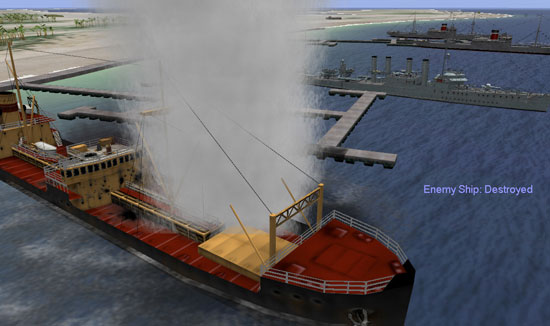