Notice the bombing run I did on the carrier and on the oiler, especially the weapon site view on the Dauntless. Some adjustment was necessary but my general goal is to line up my site on the forward elevator of the intended target, if it is a carrier. I tend to aim for the forward portion of all ships while under steam. Remember a ship moving 30 Knots isn’t going that fast, you don’t need to lead a major amount but always try to aim for the forward portion of the ship. Bomb release is critical and hitting a target “fat” is the best way to ensure maximum damage. If you aim slightly forward of center on a moving target like a carrier or cruiser you can gain maximum destruction. I tend to aim a little less forward on slower ships but in general, if you aim slightly forward you will knock the enemy out. 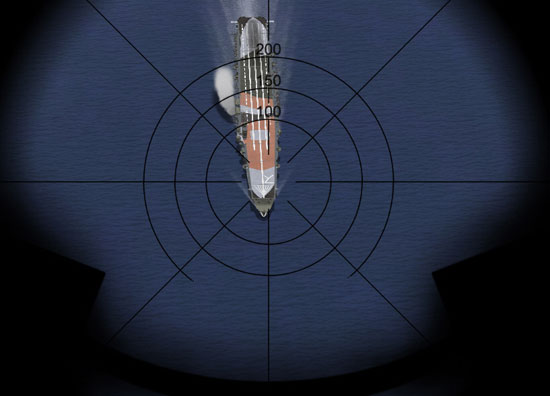 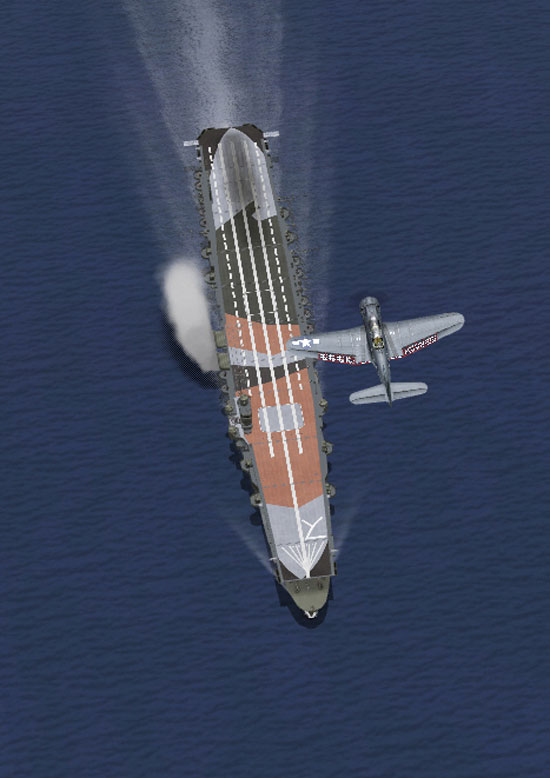 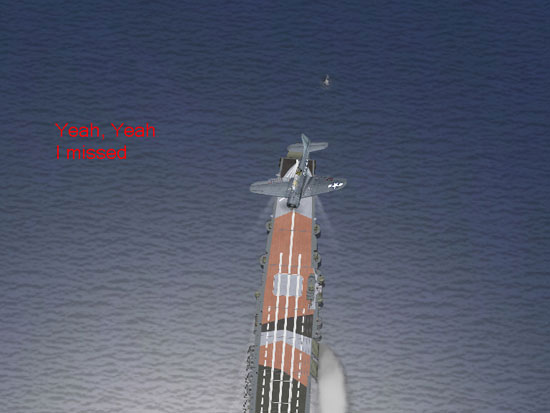