What is my favorite dive bombing aircraft in the IL-2 Series?

I like the Dauntless. It was probably the most historically significant aircraft of the three types rendered in the game. I know that there are others that might argue this with me but on June 4th 1942 this particular model of aircraft turned the course of the Pacific War around. The old “slow but deadly” Dauntless continued to soldier on to the end of the war, even after it was supplanted by the Curtis Helldiver in late 1943. Most pilots stated they still liked the old SBD better than the newer aircraft, nicknamed (not affectionately) as the “beast”.

The D3A Val was a great aircraft as well, although it quickly faded from relevance after the Battle of Midway. As I noted earlier in this article, dive bombing is very difficult and requires practice and once the quality of IJN pilots began to drop, the effectiveness of the Vals began to diminish. By the end of the war few Vals were used as dive bombers, most were wasted as Kamikaze attackers. It was a very ignoble end to what is considered a very effective warplane; one that was responsible for the sinking of scores of allied ships at the beginning of the war.

As good as the other aircraft are I have to say the JU87 Stuka series is still my favorite of the three. My reasons are not just historic, although the Stuka exemplifies the idea of dive bomber. The Stuka was the first aircraft to fulfill the concept of pinpoint dive bombing. In fact, the term Stuka is almost synonymous with dive bombing.

To me, the best attributes of the aircraft is its steadiness and its accuracy. The JU87 is the most stable dive platform (I have found) of the three aircraft and it compares very well with its contemporaries in payload and durability. It is a better view system than its contemporaries, especially when looking down on the target. It is a beautiful aircraft in its intended role, even if it is butt ugly. 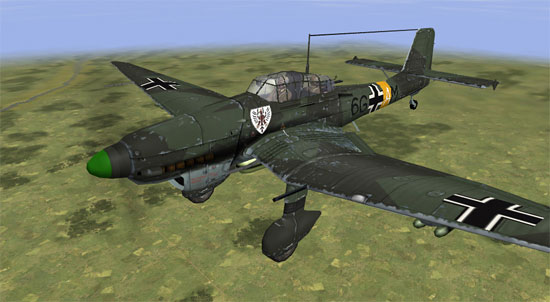 IL-2 Series: Ground Attack and Ship Attack Part I, How to Dive Bomb Page 5
Getting Your Purchase Order Past the Comptroller