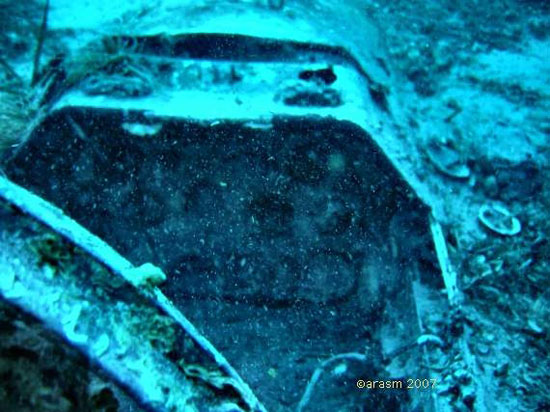 Mark: When did you realize that it wasn’t a Spitfire, but a Mustang?

Sébastien: I’m not a specialist in planes, but at first glance of the pictures I realized that it was not a Spit. In the first hours, I believed it was a P-40, because of the form of the rear cockpit area (the plane is more than half buried in the sand). And finally, upon looking closer, I pointed out the fact that it was a P-51.

I read up as much as I could find on the history of P-51’s in the MTO (Mediterranean Theatre of Operations), and soon established a few hypotheses. That’s how an historian must work, isn’t it? Mustangs were a rare plane in the area. Historically, there were P-40’s, P 39’s and Spits based near Ajaccio. And on the eastern coast of Corsica there were P-47s and bombers with the exception of the 52nd FG which had P-51s for just a few days. But no P-51’s were known to have been stationed here in the Ajaccio area.

Here were my theories as to the possible origin of the plane:

Mark: Looks like you were up against some dead-ends. How did you progress with your research?

Sébastien: At that point, I had to surf the web to gather more information about those
groups. All my researches concerning any P-51 crash produced no effective results. I’d like to mention and thank Mike Stowe of accidentsreport.com for his efforts in trying to help me in my research. But this was a hard nut to crack. I thought about waiting for another diving expedition to get the exact serial and to check if the plane was an F-6 (recon P-51).

Then came the light. Surfing out of curiosity, I discovered the book “In a Now Forgotten Sky: The 31st Fighter Group in WW2” by Dennis C. Kucera which mentioned an accident that occurred after a takeoff from Ajaccio on July 5th, 1944. It totally matched with my witness’ memories of a pilot rescued and brought to shore in his dinghy. At that point, I decided to dig deeper into the story and get an accurate profile of the plane. But I had neither serial number nor lettering.

Mark: You interviewed a witness to the crash?

Sébastien: Indeed, the only one we have. After a phone call, he kindly received me and a local journalist in his house on L’Isolella. This was in the same house that Taylor buzzed before ditching. I appreciated very much that ‘reporter’ experience. Our witness is now pictured in our web page, pointing the direction the plane came from, sixty-three years earlier. It was fascinating too to discover how passionate he was about the whole story. He was about seventeen in 1944, and never forgot what he saw, especially the plane at very low altitude. “So low that I could see the pilot” he told us. It was also very interesting to listen to him recount what his father, who is now passed, had said about meeting the pilot that day. As a doctor, his father was called in emergency to examine the pilot. The doctor was told that the first thing the pilot asked for when he was brought ashore was a cigarette. He noticed that the pilot seemed to be of a very young age of 21 or 22. When the doctor finished dressing the wounds on his face, he shook the young pilot’s hand and went back home. He knew that the man would be in good hands as he had been brought to a military nurse’s school nearby. Imagine how his young son must have been impressed to hear that from his father. To get back to that young man, now 80 years old, he asked many many times, year after year, to the fishers and divers of the area, about a possible wreck, but without an answer; and then we came! That makes you proud too. 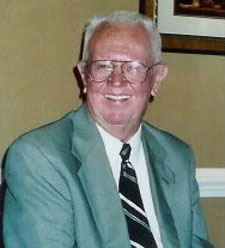 Mark: Were you able to locate and interview the soldier that swam out to Taylor?

Sébastien: The rescuer won’t be reached I’m afraid, or at least it would take another round of researches to know what unit of the French army was in the area at the time. That will maybe be another project in which I’ll have to contact some veterans associations.

Sébastien: Yes! A real pleasure too. I managed to get in touch with retired General George Loving, thanks to his personal web page. I was surprised to learn from General Loving that Mr. Taylor was still alive and that he was delighted to learn of our finding.

I sent Mr. Taylor a rather long letter via ‘standard-mail’ explaining to him in my broken English our finding and our project. And of course the emotion I felt in making contact with him. I also sent him a big interview with more than 25 questions asking him about his life, his pilot’s experiences, and his memories of the crash. That allowed me to build the interview you can read on our site.

Mr. Taylor also sent the two personal pictures you can now discover on our page. Nice smile, isn’t it? I appreciated a lot the fact he trusts us enough to lend such a personal material.