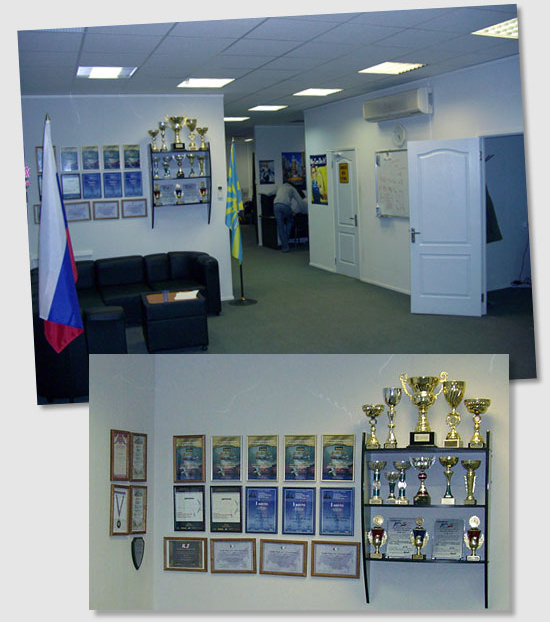 The GT office entrance and the “Honor Corner”

Q. Will there be something analogous to the Quick Mission Builder in IL-2?

Q. How detailed a mission will it support? How about a Full Mission Builder?

A. Its basic details are still in development so it’s a little bit early to describe it’s specifics.

Q. Will you be able to build a campaign?

Q. Will the single mission and campaign be distributable to friends?

Q. Owing to a lack of clearly defined flight models such as NACA tests, how were FM’s developed?

A. Basic physics will help us. ;). Also about NACA tests, there is some of them present for WWI airfoils, basic data for engines available, basic weight distribution thru aircraft construction available, so we think flight models are going to be pretty close to what happened 90 years ago. As I described previously, we have contact with these bids flyers to check them :). About flight modeling, our FM engineer is an author of the Su-25T advanced flight model in LockOn, so you will be able to benefit from his knowledge in flight dynamics when you try it out.

A. No, we will use unique performance for each aircraft, but we plan to make a wide range of difficulty settings for beginners.

Wind played a huge role in the WWI air conflict, with aircraft easily pushed about, and entire battles being drifted along with the prevailing winds.

Q. How is wind modeled?

A. Like wind :). Atmosphere and basic things related to it are going to be modeled.

Q. How is weather modeled?

A. We were thinking about writing the same response as about wind. 🙂 Yes, weather effects are going to be present also.

WWI planes were mostly wood and canvas, and so the advice for scout pilots was to aim for “meat or metal”, the pilot or the engine.

Q. How is the damage model configured?

A. Its going to be detailed with different stages of damage. Also, right now 3D models are built with its internal structure (ribs / longerons / fuel tanks / engine / pilot) so you will be able to aim for the “meat”.

Q. Piggybacking on that, is stress on the aircraft modeled?

A. Yes, as well as plane construction deformation during high G maneuvers, crashes and such.

Most WWI planes simply could not handle steep dives, and a damaged spar due to gunfire or mistreatment could buckle if pressed too hard.

A. Yes, see the previous comments. 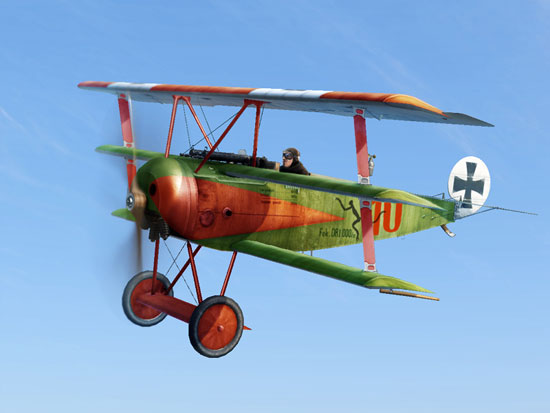