Flight Sims – Why We Threw A Parade 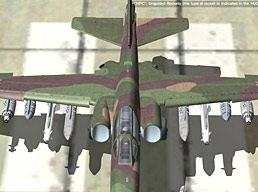 Console gamers would set fire to the nearest Starbucks if they were limited to one new release per year, but that’s exactly what happened to flight sim fans in 2005. Eagle Dynamics’ add-onFlaming Cliffs didn’t exactly count as a new release as it only featured one new airframe. Flight sim fans all over the world had to practically be sedated when Graphsim released Falcon 4.0: Allied Force. The very fact that Graphsim was the publisher scared everyone at first after watching them trot the Hornet; Korea engine out for about the fourth time. Expecting the worst, we watched in glee as the developer, Lead Pursuit, brought stability to a troubled title and an enthusiastic fan base. It took the sim world by storm, inviting pilots of any skill level into its dynamic campaigns and even threw Real Life a bone by letting us recreate really ridiculous rules of engagement over the skies of Serbia. 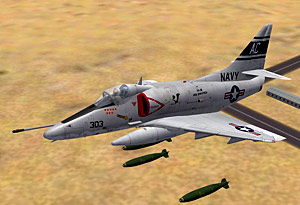 This should not subtract anything from the Gold release ofLock On: Modern Air Combat. Fans of this game got their hands on Sukhoi’s tank-destroyer as well as new flight models that made the previous stable of jets even more challenging to fly. What continues to astound us about this title is unparalleled graphic beauty and near-pathological attention to every last detail. It’s the same kind of affliction that causes you to drink too much coffee on a rainy Saturday morning and go sort your computer case screws into baby food jars. Fans of F4AF and LOMAC both tout the superiority of their titles ad nauseum, but the winner truly was the customer.

The Strike Fighters: Project 1 and Wings Over Vietnam modding communities have been hard at work proving that if people work hard enough, they can Paint Shop themselves into a corner. The myriad of Weapons Packs, Effects Packs, and the staggering number of flyable planes has taken a little known sim and turned it into a lasting hit with new campaigns, missions, and enough aircraft skins to cover so many national air arms that fans can now attack targets in 35 languages. 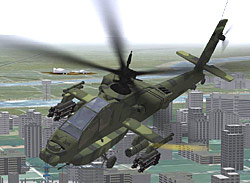 Rotor heads got some love, too, when the Enemy Engaged series got a facelift and whole host of other goodies that BeachAV8R showed us in his “Second Look” feature. 20mm and PFunk actually tried to fly this one, and have forever been forced to carry the call signs ‘Weed Eater1 and 2’ as a result. The already decent graphics were punched up a peg or two (or three). The rain falling on the canopy was a sight to behold as you skimmed the surface, your head on a swivel, and all strapped to something aloft only by the good graces of General Electric and an immense clutch assembly behind your head. Not only that, a dedicated effort is underway to revive the ancient and highly respected Jane’s Longbow title from the grave, and by the look of the activity in the Forum, they may just pull it off.

European Air War fans were rewarded this summer with the release of the EAW source code. This enabled users to completely rework the title’s appearance and the results were nothing less than spectacular… and a little surreal. The Mars Air War entries looked like something you’d see after an evening with a bottle of ouzo. This seems to prove the theorem that our newer flight simulations will be our older titles with updated graphics and functionality. Propheads were further blessed with a very upgraded version of Rowan’s Battle of Britain 2 by Shockwave, as well as Over Flanders Fields, an immense mod (613MB) for Combat Flight Simulator 3, modeling World War I air combat. With four subsequent patches in support after its release, OFF is not a passing fad. The loss of Knights Over Europe was partially stemmed this year by the release of this new add-on. Now pilots can engage in air combat at the speed of a 1973 Chevrolet Monza. 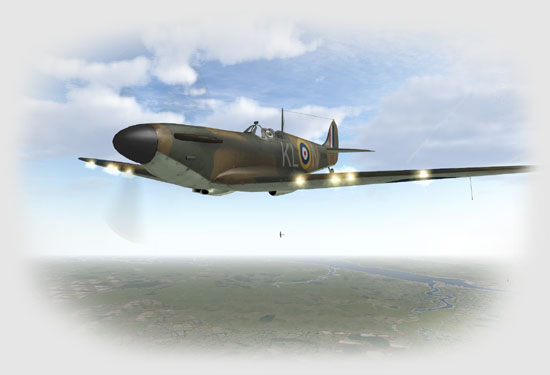 Team Superhornet and the community surrounding Janes’s F/A-18 continue to put enough man-hours into keeping that sim current with the latest hardware and demands of gamers that one wonders if they were involved in F-14 maintenance. The Turkey would be flying for 20 more years if the level of effort done by these intrepid souls is any meter stick to judge by.

Other notables include Critical Mass Interactive, who are working on USAF: Air Dominance Military Action Flight Simulator, a recruitment tool done in the same spirit of America’s Army. With the development of Combat UAVs (Predator drones are already being armed with Hellfire anti-tank weapons), it isn’t any wonder why the US military seems intent on using video games to court future enlistees. One wonders how long it will be before radio communications over a combat zone will consist of, “Hey, hold my beer and stay out of my Cheetos. I’ve got to take a leak before I bomb that SAM site”, while both pilots sit in an air-conditioned trailer in Florida.

IL-2 fans were generally pleased that the Iron Curtain didn’t drop on Ostfront, the latest add-on for this ubiquitous prop simulation. Originally, the gaming public thought it was to be released only in Russia. Western gamers will thankfully have access to it, guaranteeing at least 30 minutes of peace in the IL-2 forum. A glider simulator has been introduced. Condor gives gamers a opportunity to experience unpowered flight, to fly as nature and God intended, without the drink cart in the first class section. One has to wonder if it accurately models the stark terror we’ll experience when we attempt to hit the throttle that isn’t there. Space nuts get to experience sheer boredom and quaking fear at the same time with A-OK!: Wings of Mercury.

There was one step backward in 2005. Oleg Maddox was prevented from using some aircraft in his simulations because of trademark rights for planes no longer flying. While most of us could understand this for a next-generation fighter, the idea of it being a problem for an aircraft that by now is either razor blades or a soft drink can caused a few of us to scratch our heads in bewilderment. While lawyers are to be avoided like the plague (sorry, Cat and Alex…), chances are as so many developers try to clone each other’s Next Big Hit, we’ll be seeing more and more of them in the gaming industry.

The Microsoft Flight Simulator world was well represented by BeachAV8Rs terrific reports on the the Aeroworx B200 and the Level-D 767 that showed us just how good add-on planes can be. They are simply the most amazing add-on aircraft ever made for FS2004. Agreed? 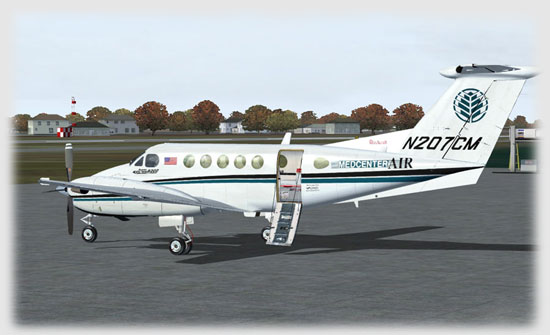