Naval Simulations – Is It ‘Naval’ or ‘Navel’?

While most of us consider it a little odd that someone would voluntarily choose to get in a boat designed to sink, naval simulations this year proved that the genre is not yet dead. Silent Hunter III and S.C.S.-Dangerous Waters (recently released into the retail world by Strategy First) have given every desktop admiral more fun than boats in a bathtub and the news from P.T. Boats: Knights of the Sea has demonstrated the genre’s staying power.

The promise of a Silent Hunter IV arrived in very unconventional means as an advertisement for project staffing. We have come a long way from Jane’s 688-I: Hunter/Killer and Tom Clancy’s shooter-in-the-sea, SSN. Silent Hunter III brought back all those nightmares of claustrophobia we had after seeing the Director’s Cut of Das Boot, with SH3’s nearly annoyingly perfect attention to detail. Now we understand the German automotive industry.

S.C.S.-Dangerous Waters took that same fear of enclosed spaces and let you try it from the air as well. Modeling the Perry-class frigate, the Seawolf, the Los Angeles-class subs, the MH-60F helo, and a mixed bag of Russian and Chinese platforms, there’s enough hardware here to keep you glued to your rig for days. Didn’t a guy die that way this year? 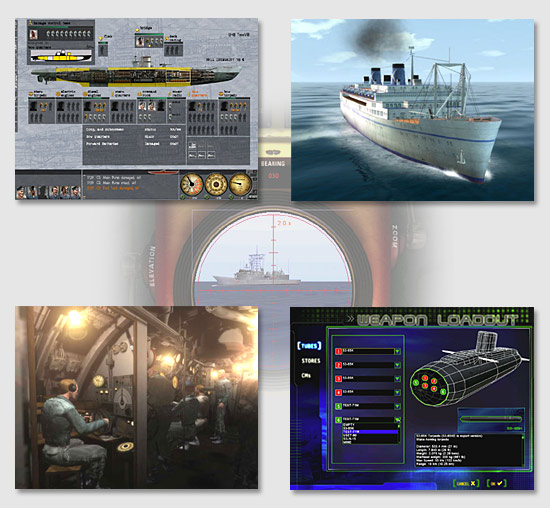