Technology – How to Take Out a Second Mortgage

NVIDIA & ATi are still in a running gun battle to see who can break the $800 price point for a graphics chip. Some of us didn’t spend that much on our first car. However, it was worth it to see 20mm build his first computer. Anyone hear that swearing noise coming from the Technology Department? That would be John Reynolds trying to restore order after 20mm asked to use his tools. John, you may as well just buy a new anti-static wristband. 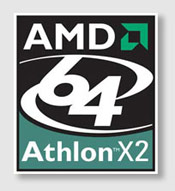 Reynolds, in a fit of pique, just about committed the sin of heresy by nominating the Xbox 360’s graphics chip, the ATi Xenos, for Hardware of the Year. After Uther finally got the nerve to throw some Kenyan coffee and the promise of two tickets to the 2006 Everquest Convention into Reynolds’ cage, John came to his senses and nominated the AMD Athlon 64 X2 4800+ processor. John has shown us the future and it involves 2GB of desktop RAM and dual processors. It also involves a small cottage industry of building legacy machines just to do your taxes.

While we watched the open warfare between Intel and AMD for control of the CPU market, the true winner was the consumer. The loser had to be the City of Austin, Texas. No one can figure out what to do with the eyesore that was to be the Intel building in downtown Leningrad-On-The-Lower-Colorado. When UT doesn’t even want it for extra classroom space, you know it’s bad. Some suggested bronzing it to commemorate the Tech Bust, but most think it would be better used as a place to dump hazardous waste.

NaturalPoint was a hit this year with the new TrackIR 4 Pro. Simmers have the ability with this new gadget, to simply turn their head and look anywhere they want in the cockpit of their airplane.

You’ll be a real hit with the Chinese food place down the street when you order delivery and answer the door with your hat still on.

Creative Industries found new and improved ways to get into your registry by making the Sound Blaster X-Fi. The first 3D audio accelerator, it boasts the ability to operate in three different modes, Gaming, Entertainment, and Audio Creation. It offers such high-fidelity audio processing that when we’re playing now we can actually hear our spouses kvetch about our gaming habit in the next room. Also announced was AGEIA PhysX physics processor, a separate card designed to remove the workload that games’ physics engines place on your CPU. This means that when you pimp-slap one of your girls in GTA: San Andreas, her tooth will fly across the room in a much more believable trajectory, and without a hit to the frames per second. Although no sim titles as yet can use this piece of hardware, it promises to bring a new approach to just how our games behave. Look for it to arrive in retail channels during 2006. 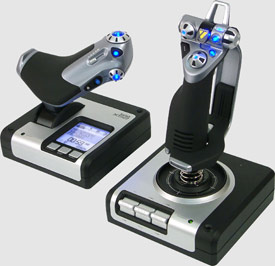 Peripherals were also a big hit this year as Saitek released the latest version of its HOTAS setup, the X52. Based on the same layout as the X45, it has a few more bells and whistles than its’ predecessors. Saitek also released a force feedback version of their racing wheel, the R440. Saitek has a well-earned reputation for reliability and precision, but Logitech was not to be outdone. With two outstanding Force Feedback wheels (the MOMO Racing Force Feedback and the Driving Force Pro) sim drivers now have their pick of what to clutter up their desk with and thus raise the ire of the spousal unit or significant other. 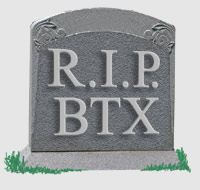 Oh, yeah, one more thing. The staff of SimHQ would like to offer its sincerest condolences to anyone that built or bought a BTX-based rig. Seriously.

On the piracy prevention front, the big news this year was StarForce, a copy protection system from a heretofore little known company out of Moscow. While users have reported CD and DVD writer problems stopping just shy of drives being physically ejected, many have also reported no problems at all. Simply put, StarForce installs a driver to your CD-RW or DVD-RW drive that prevents StarForce protected titles from being duplicated. From OS installations being irreparably damaged to thousands of coasters being produced by affected drives, all manner of problems have been written about in forums at length, usually coupled with a curse upon the hemorrhoids of the programmers at StarForce. However, with the curse of piracy at the hands of parents’ basement dwellers across the globe, such measures will get more and more aggressive in order to protect intellectual property.

Consoles – No Longer For Mouth-Breathers 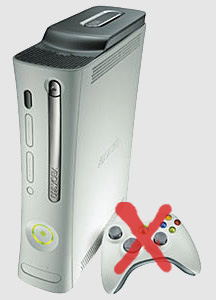 The release of the Xbox 360 this year has paved the way for gamers to monopolize a TV anywhere in the world. This virtually insures that divorce lawyers have no fear for job security. At least our parents’ generation got divorces for good reasons like drug abuse and infidelity. How do you explain to your therapist that your wife left you because the new Call of Duty was just that engrossing?

Many of us watched in ‘shock and awe’ while Xbox 360 demos became the Pied Piper of the New Millennium as kids with overindulgent parents got to see just how far they could stretch the tolerance level of adults. Amazed by the high resolution displayed by such a small machine? We were amazed by the quick scan of most of the titles, revealing they were the same crap we’d seen since the consoles first vaulted themselves to the forefront of gaming. Only now, it’s high-resolution crap. Cat, put the controller down and apologize to that little kid you just stiff-armed into the game racks.

This year, we hearken back to a news item chronicling a dismal year for the major TV networks. When the Nielsen ratings group tried to blame it on the advent on interactive gaming, the networks nearly fired them. That was until they figured out they weren’t far off the mark, though it was something we knew for some time. Men from age 21-30 were no longer interested in what was being offered on TV because a simple, easy, and fun way to interact with an action movie was on a console every night.

How about a friendly little wager? Who wants to bet we’ll see an announcement of the first real console flight sim and controller sometime in 2006?