Storm Of War: The Battle of Britain – Part 1

While 20mm worked on a discussion of your Storm Of War: The Battle of Britain questions with the Producer, Thomas Le Grand, I got to see the latest renditions and features which will be included with Battle of Britain.

For anyone currently familiar with the IL-2 series this is very recognizable. It retains some of the IL-2 look but it also adds to what we had in the IL-2 world. This is a work in progress but already the gentle hills of Southern England are becoming a reality. The first hints of farms and hedgerows were definitely evident as we passed over the white chalk cliffs of Dover. We were not shown a flyable build. It might be flyable in a basic fashion but Oleg made it clear that we wouldn’t see that today. What we did see was impressive. The terrain is still in the early stages, but I already sensed an improvement in agricultural features and the detail level of the general landscape. The water was almost photo realistic. Gentle reflective waves lapped the shores of Dover and the sun glinting on the blue green ocean made me want to jump in. If you can believe it — it looks better than Pacific Fighters on the highest settings. 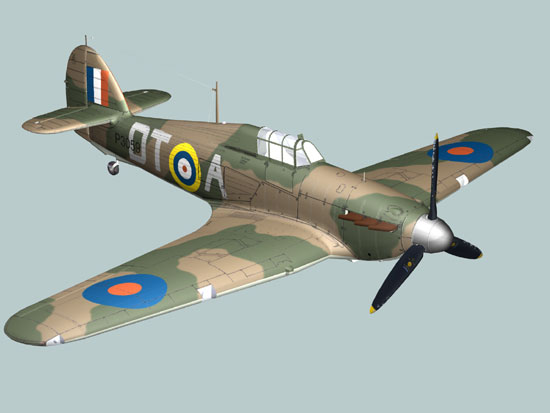 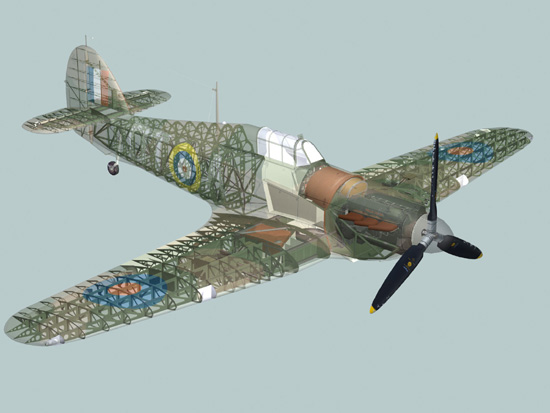 The clouds have been improved immensely. They still look very similar, but now we will see full overcasts, moving weather fronts, and changes in cloud shapes and formations as time passes. I also thought the textures for the clouds seemed improved nicely and take on a slightly more natural tone. Along with the clouds we are going to see something I don’t believe has ever been modeled in a simulation to date. Oleg showed us a short clip depicting the modeling of moving parcels of air. Yeah you heard me correctly. Small moving parcels of air (which normally would be invisible) were shown moving as a sea breeze towards the coastline. As they crossed the land mass, they began rising and changing direction. Some of the parcels fluttered slightly depicting thermals and turbulence at the cloud bases and where they formed. And it will impact your flying. I know some sims have done some rudimentary thermal modeling but nothing on this scale has been attempted.

I bet you a case of your favorite beverage I can read your mind right now. How are we ever going to run this on any currently available hardware? Right now I can’t answer that, but Oleg is fully aware of the trade-offs in the game play and that holy grail of frame rate nirvana. If anyone can pull this off it’s Oleg’s crew. For now I have to trust them as we move forward. I know it’s going to add another level of realism.