Only pre-production variants were available for a test drive at the show, which were also being used for durability and quality testing. Heavy use at E3 helped to quickly identify some design issues that have already been identified by Logitech, and alterations are in work. Of note, the simulation being used to demonstrate the new wheel was none other than ISI’s rFactor, hooked into their newly licensed mod that replicates the Panoz line of exotic and racing vehicles.

After a brief discussion on the pricing and release date on the wheel with Gaming PR Rep Pamela McCracken, I was directed into a long and fascinating discussion with Ruben Mookerjee, Logitech’s Director of Marketing. As luck would have it for our hobby, Ruben is a club racer from England, an avid fan of both real and simulated motorsports (specifically, Live For Speed). It was truly gratifying to know that Logitech has someone so passionate about cars, racing and race sims on the team that’s developing this new product. Needless to say, I think he and I hit it off, and I really appreciated the time we were able to spend discussion the G25, racing techniques and race sims in general. 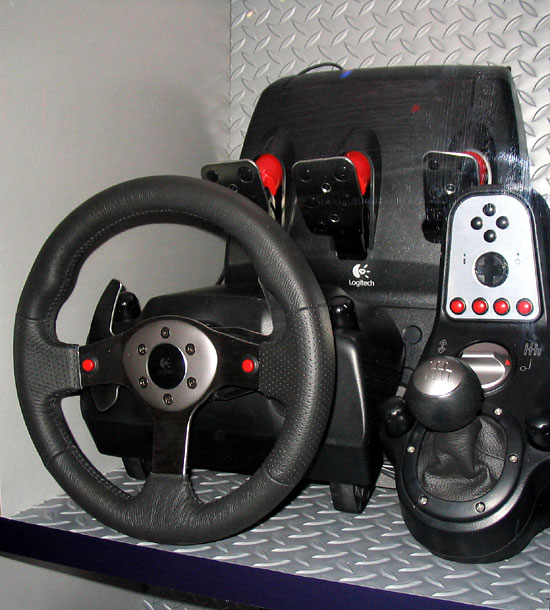 The G25 is designed to fill a empty place in the market for a high-end wheel with features beyond those of Logitech’s MOMO Racing Force Feedback wheel, but less sophisticated than ultrahigh end wheels, such as the $1000+ TSI wheel. Reviving some aspects of the discontinued Logitech MOMO Force Feedback wheel (the old red unit), the G25 features a leather-wrapped wheel stainless steel paddle shifters and pedals, and rugged black plastic housings. Here’s the specifics: 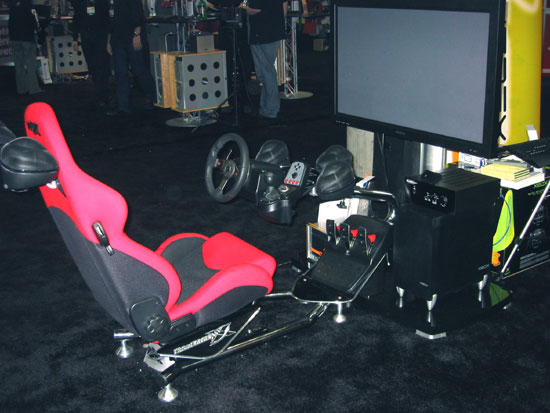 For Chunx, the G25 represents one of the most significant revelations at E3 for fans of the simulation genre. SimHQ is hoping to receive one of these great new controllers for review later in the year. Roll on, Logitech! 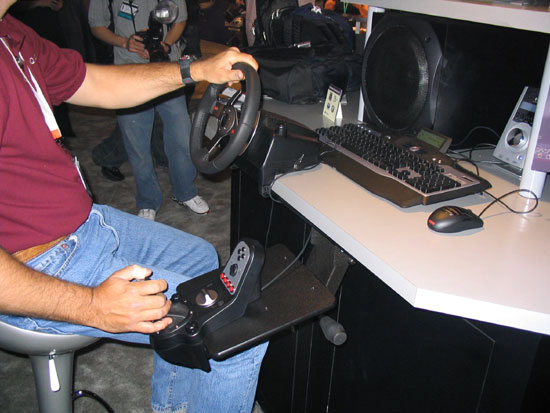