Hello everyone and welcome to our opening day coverage of the inaugural E For All event. It was quite a day. I really didn’t know what to expect, other than I knew I’d hang out at the CH Products booth and talk with Ghost, Michael, Debby, Matt Wagner (Wags), and Eugene Bivol (EvilBivol-1)

What else? Would this be an E3 kind of thing, or something way different? Would it be console kiddy stuff? Would there be any Motorsports? Land Combat? Gaming computers? Black Sharks? Booth Babes?

On an E3 scale? No, certainly not. But there were a lot of people waiting to get inside the hall first thing this morning, although it was only one hall. It was loud, but not obnoxious loud like E3, flashing lights and strobes like E3, not the steaming mass of humanity like E3. But for an inaugural event, and especially considering what happened this year to E3, I was quite pleased. But I proceed myself (my way of saying got ahead of myself).

Let’s start at the beginning, shall we? On arrival at LAX, I got on the rental car shuttle van, which took me straight to my designated SimHQ Fleet Vehicle. Parked in a locked garage with armed guard, for just such an occasion, it clearly meant business. Texas style business. 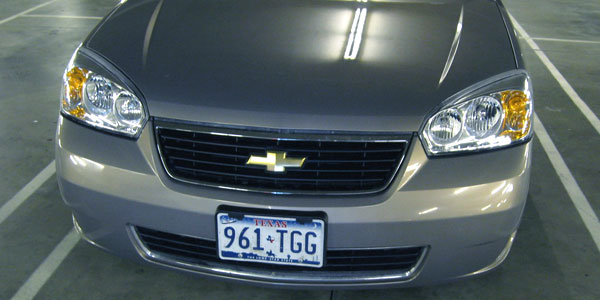 You don’t think the California local drivers noticed these plates? Oh yes, my friends, they did. And although LA drivers may be crazy, and may even carry weapons sometimes, they cannot compete with the sheer firepower of Texas.

And so it was, that my drive to and from the comfortable hotel in El Segundo to downtown LA and the E For All event, was rather uneventful, and quite fast. Yes, I did use the car pool lane, but I had someone with me. No, not the inflatable “Please Love Me” doll you’re picturing. Someone you’ve met before.

“Thanks Bob, I know nonsense when I see it, and booth babes are not nonsense. Where were we? Oh yes, the front of the exhibit hall, with “E For All” on it. There was even a band playing outside!” 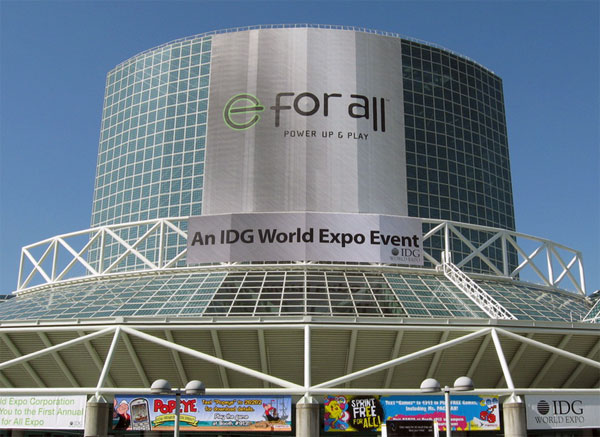