Or, welcome to the multiplayer follies

Recently, the executive producer Sion Lenton of Codemasters’ Operation: Flashpoint was interviewed by PC Gamer about the removal of player vs. player multiplayer from the latest iteration of the OFP series. You’re familiar with Lenton. There are varying notions of what his place in history will be, from being responsible for the downfall of Western Civilization to simply being the Antichrist.

Mil-sim grognards everywhere have been shifting between mistrust and naked vitriol at the recent changes from what I still consider one of the least fun titles in video gaming history. Operation: Flashpoint – Cold War Crisis remains the only game I have ever owned that reduced me to a paroxysm of impotent, spluttering rage and prompted me to utterly reduce a keyboard to office supply shrapnel.

Dragon Rising, the sequel produced in 2009, was exponentially more fun in my personal tastes, but I was a pariah among my peers, apparently, for enjoying it. I’m probably going to be asked to surrender my man card with this next release.

Operation Flashpoint: Red River will feature only one multiplayer gameplay mode, cooperative play. Meaning, it will be solely you against the computer’s AI. The only way you will be able to interact with other living, human beings online is by banding together to use your combined talents to embarrass yourself. The game’s development team has completely eschewed competitive multiplayer.

Lenton, when asked about the removal of PvP multiplayer, responded with… well, let me quote exactly what was printed in the PC Gamer article… “I very rarely play competitive games. I can’t be arsed dealing with some kid on the other end swearing at me. I want to be playing with my mates.”

Now there’s a delightful turn of phrase, “can’t be arsed”.

So intrigued, I consulted a handy British-English translator online to determine it’s meaning, and after having done so, people should be carrying him on their shoulders.

You could calculate the actual worth, but you’d be depressed…

Ever wonder what a gallon of that printer ink would go for, considering the price of the ink takes that measure in milliliters? That’s kinda what we’re paying for in gaming.

The importance of competitive multiplayer in gaming has risen exponentially considering game developers are including such features as four-hour single-player gaming experiences (the time span includes the break you took to make a sandwich) with AI so laughable it redefines the term “artificial”. Current top-shelf game releases have budgets that rival some Central American nations, requiring them to be priced at the maximum of what the market will tolerate. 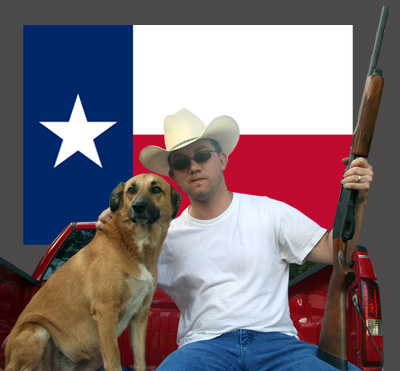 These games require loads of capital to produce, you have to pay for people who know the code, artists to bring the creation to life and in the case of EA’s Dante’s Inferno fake right-wing Christian protestorsat the 2009 E3Expo to tell anyone unfortunate to run into them that they were going to Hell for buying a game. Unfortunately, real right-wing Christians “couldn’t be arsed” about their game and were unable to contribute to the caricature everyone has of them.

Competitive multiplayer has been elevated to a critical level in videogaming to give a small modicum of replay value to something that didn’t have very much of it to begin with. It tries to shore up all the shortcomings the rest of the game had, and makes a very small (but nonetheless determined) effort to justify a $60 USD price tag.

Case in point, Battlefield: Bad Company 2. This title is currently one of the reigning champs of the online shooter, and second only to a game franchise whose online component I was utterly bored to tears by, Call of Duty: Modern Warfare 2 and its somewhat stupider younger cousin, Black Ops. I play Bad Company 2 for the simple reason that it’s the only one that offers vehicular combat and a relatively destructible environment in addition to the gun porn that everything else has going for it. I can’t go back to a shooter where I can’t take a grenade launcher and destroy a wall that someone might be hiding their squishy little bodies behind. Anything else is CounterStrike in a thong bikini.

I currently hold a numerical rank of 23. I think the title of that rank — if I recall correctly — is “A Person Who May Have Slept With Someone And It Could Have Been Recently”.

The level 50 players I believe are called “Virginal People Who Musn’t Bathe”.

After attaining a somewhat embarrassing kill-to-death ratio of .00002345, I have come to the conclusion that the online component probably could have made up for the dreck that is the single player campaign, if people weren’t such colossal asshats.

There is an multiplayer gaming corollary to “Gabriel’s Greater Internet @#%$wad Theory” in which people who have anonymity coupled with the captive audience that is your team in an online match lobby will become complete and utter scumbags and you won’t even need the in-game chat to tell who it is. I’m not just talking about team-killers. It’s the guy taking the engineer’s tracer dart and shooting it at people on their own team so that everyone’s anti-tank weapon hits them. It’s not only team-killing, it’s team-killing with not just a little premeditation, and a preponderance of creativity.

Some examples include, but are not limited to:

The idiot taking the coveted combat helo for a spin — right into the ground.

The idiot who uses an anti-tank weapon to take out one infantry soldier — at a distance of ten feet.

The idiot who straps C4 charges to a quad bike and runs it into — well, anything. I laugh when someone gets lucky enough to hit one of those charges and the bike just vanishes.

The idiot who drives an APC right up to a M-COM station in a Rush match with the intention of arming it, only to have the opposing team steal it and wipe out your entire team.

It’s so much fun to spawn as an Engineer or an Assault class and see the remaining people on your team as snipers sitting on the edge of the map turning the place into one giant (and expensive) game of Whack-a-Mole.

The alternative is something like SimHQ’s ArmA2 Military Monday, which for some, is a blast and something they look forward to every week. That’s wonderful, and I’m so happy for them, but if I wanted to be told where to run, what to wear, and which gun I was allowed to use, and how I was specifically supposed to use it, I’d have worked a hell of a lot harder for that eyesight waiver when I attempted to enlist back in my high school days.

I have come to the conclusion that I am neither a liberal nor a conservative, but a pragmatist. That means I think everyone is an idiot but me.

Kasparov was beaten by a machine, and so shall I…

I think online cooperative play in shooter games is the greatest feature introduced since the ability to lean — which is something evenDragon Rising forgot to do.

But, Lenton has a point. When faced with the prospect of having to deal with a load of prepubescent dipsticks who just contributed to the credit crisis by begging Mommy to put the cost of their game on her Visa card, then proceed to swear like a sailor in my ears, I’d rather be playing with people I know against a computer. Yeah, the computer might be stupider than other people, but at least it’s silent about it.

Come to think of it, after some of the crap I’ve seen, the computer’s probably smarter.