This is my first year as SimHQ Technology Editor and the first year I’ve had the opportunity to go to E3. The SimHQ staffers that have gone in years past did a great job of prepping me for the show; I knew to expect the crowds and the noise, I knew what to pack, and we had a plan of attack before we walked through the doors on Day 1. We saw everything we wanted to see (except for naval sims) and some things we didn’t. 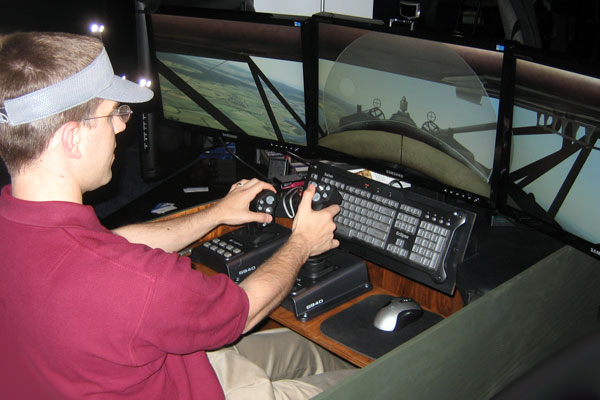 I found the whole show incredibly interesting. Sure, the majority of the displays are for products and genres that are not of interest to SimHQ. Even so, I am a technology geek, and seeing things like D-box motion platforms, vertically stacked triplehead displays, a new Logitech G940 HOTAS, Hot Seat cockpits, load-cell brake pedals… it all makes me drool. The total cost of all the hardware peripherals relevant to simmers that I saw at this year’s E3 adds up to over $7,000 (plus whatever theOstendo Curved Gaming Display winds up costing); clearly not many SimHQ members are going to run to the store and buy all of this stuff no matter how good SimHQ might think it is. 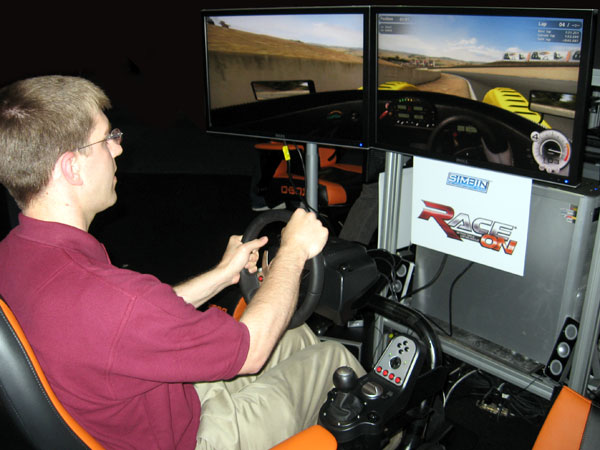 But the fact is that the healthy peripheral hardware support indicates that simming is alive and well. Sure, there are not a lot of new air combat titles around — Rise of Flight and Storm of War: Battle of Britain are really the only two on the radar right now, and only the former was on display at E3. In the Motorsports department, Simbin’s RACE On is yet another payware add-on to the RACE 06/07 title, we have a disappointingly arcade NFS Shift (which, to be fair, really needs to be evaluated on PC with a wheel), and we have hope for Forza Motorsport 3. Land Combat seems to have the shining beacons of Operation Flashpoint 2 and Armed Assault 2 for console and PC, respectively, with other titles not offering what many at SimHQ want. But if people weren’t playing simulation titles, old and new, why would all of this hardware be developed in the first place? It’s good news, and peripherals like the ones discussed in SimHQ E3 coverage really take simming to that next enjoyable step. 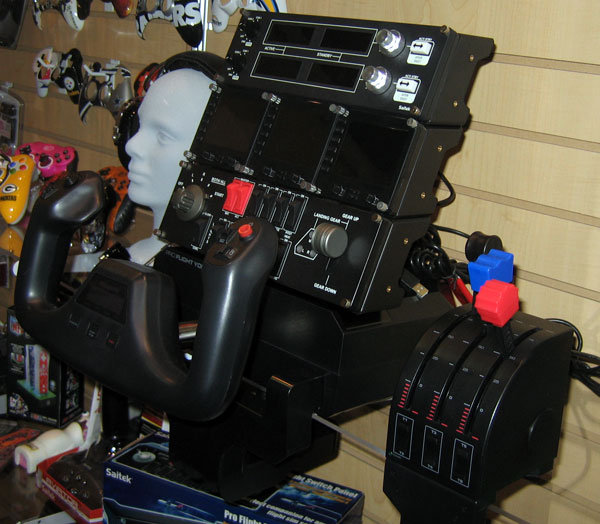 Another thing that I really appreciated at E3 was the passion of developers. For the most part, every developer we talked to was passionate about their product and wanted to know what we, as SimHQ staff, thought about it. Saitek / MadCatz was even asking us for input into future product development. It was such a joy to speak with Lukas Dufault of D-box, Mark Starrett of Logitech, Thomas Jackermeier of Fanatec, and Mark Bush of Matrox; these guys are proud of their product, love the same hobby we do, and want to see it get better. We thank them for their passion and look forward to continuing their relationship with SimHQ. Unfortunately not all developers (*cough* EA *cough*) were as supportive of the simulation industry. 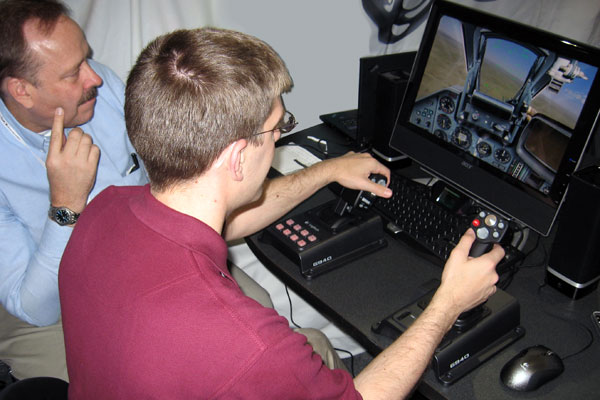 The last thing that was so great at E3 was meeting other SimHQ staffers. I am the young guy on this team, and it was really nice to meet everyone else covering this year’s E3 and learn about their experiences (simming and otherwise). I hope to do it again next year. 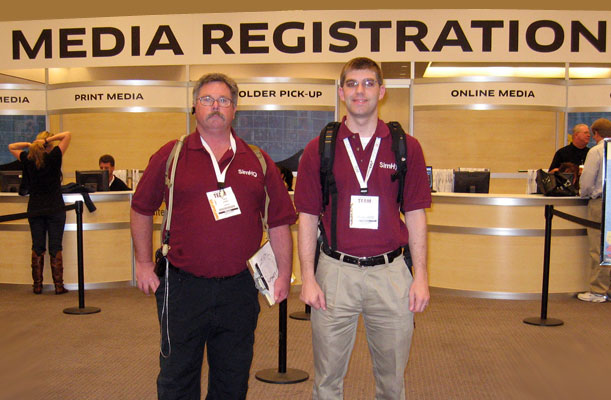