What to Buy with that Christmas Gift Certificate

Before we start, I’d like to ask the reader to keep a couple of things in mind. First, this article does not purport to be a review of the titles referred to within. Instead, it’s the story of what SimHQ relevant titles have impressed me during 2006 for the Xbox 360. It’s also the story of the titles I personally haven’t played but other SimHQ readers may have, with some personal thoughts on those and links to where you can read more about them. I’ll also touch on some of the titles — and hardware — due for the Xbox 360 during 2007 that SimHQ readers should find interesting. 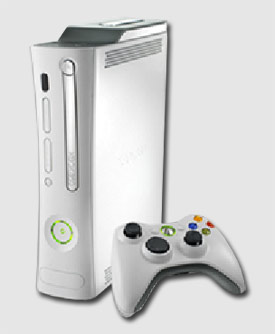 Friday, December 2, 2005. We’d had our XBox 360 on pre-order for several months and, as the day got closer, I increasingly looked forward to seeing what the first of the next gen consoles could do. I’d been playing games on the PC since my first 433MHz PC back in 1999, but they’d been almost exclusively sims of one kind or another: the Janes sims, Falcon 4, Silent Hunter 3, to name but a few. In that time, I’d deliberately avoided consoles due to their reputation as being pretty light on the sim and tactical side of gaming.

But the 360 had intrigued me: with the kind of specs that you’d only find in a PC costing ten times the price, I wondered if the new console generation would be the first to really challenge for a place among the hearts of us simmers. Of course, the fact that I was going off some sims also added to the attraction: maybe it would provide a new gaming experience. Sure, I’d have to get used to the gamepad, rather than the keyboard and mouse. “That can’t be a big deal,” I thought, “after all, I DID get used to the keyboard and mouse themselves, so why not the gamepad?”

So here I am, one year on. Yep, I’m convinced by the 360, it’s the right tool for the job. It’s my gaming machine of choice for the foreseeable future. This article sets out to achieve:

Very briefly, let me just clarify the set up I’m currently playing with. An Xbox 360 “core” system. I pre-ordered the premium system, but by the time launch day came, the store had called me to let me know that they had been given far fewer premium systems than planned and so would I be okay with one of those. No big deal, it’s still the same 360. I’ve since added the hard drive, but I’m still using the wired controller and headset, rather than the now available wireless controller or wireless headset. Works fine for me, but some people prefer the wireless controller, which can also be charged “on the fly” by the charge and play charger.

My broadband is a 2MB connection from NTL Telewest, connected via a Linksys router which also has two wireless laptops and a desktop PC connected to it. Personally, my online experience has been pretty problem free in terms of networking issues.

I’m using a small 17″ Daewoo HDTV. Couldn’t afford a bigger one at the time, and don’t see the point now (the 17″ TV seems much bigger than a monitor to me) and I’m running (probably just me, but that’s what counts for.. erm… me games at 1080i, which is basically 1920 x 1080. Looks will depend on the title, but some games (see below) look absolutely stunning.