Current Titles – What You Should Consider

Personally, I enjoyed this one — with great graphics, a nice storyline and pretty good AI, the single player campaign kept me going for the best part of a month (I’m that bad). This one really excelled in multiplayer though — you could play some multiplayer-specific maps, as well as a separate “multiplayer campaign” mode that featured several additional maps. Along with the recently released Rainbow six: Vegas, this title occupies top spot of all the 360 releases for me.  Add in the pretty seamless multiplayer experience on Xbox Live, and you can easily lose yourself for a whole weekend with the multiplayer in GRAW. Reference links are here and here.

I admit to only trying this briefly. I did buy it, but after a couple of hours it seemed very much a “run and gun” title, so I ended up trading it in for something else within about a week. I recall the single player campaign being very weak (which I suppose was understandable since it’s really a multiplayer title). Having said all that, I never really tried the multiplayer, so can’t really comment. Reference links are here,here and here. 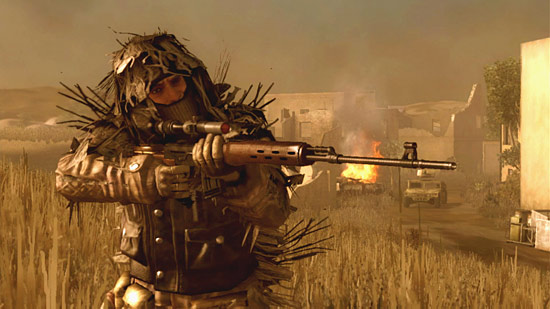 For me, this one was a mixed bag. With a “world airforce” type storyline, it was never going to be a proper “sim”, but I was hoping it would be a “sim lite”, in the vein of the likes of Strike Fighters. So I REALLY wanted to like this one. Unfortunately, I didn’t. I just couldn’t get past the storyline, and the very basic gameplay (each aircraft had a rating for air-to-ground, etc.) meant that I ended up trading this one in, too. On the other hand… this was the first modern day “flight sim” for the 360 and I know some others on the forums ended up enjoying it and were also surprised at how easy it quickly became to fly the aircraft with the normal 360 controller. Not to suggest that any future “serious” flight sims can use the controller — just to emphasise that as a “proof of concept” title to a target audience, this title did actually have some success. Reference links are here, here and here.

I’ve linked these together as they’re part of the same franchise. COD2 was a release title on the 360, although by then I’d had (and still have) my fill of WWII shooters, so I can’t comment at all on either of them, other than to say a lot of people are saying that COD3 is much better than its predecessor. I’ll let you read the links and decide for yourself. COD2 reference links are here, here and here. COD3 reference links are here, here and here.

This is the most recent release of the current bunch. I’m about halfway through the single player at the time of writing, and have probably played a good 20 hours in multiplayer so far. Together with GRAW, it’s the game for SimHQers to have if they have a 360. Great graphics, nice story, very good AI (the friendly AI is sometimes so good you wonder if your teammates need you), and some great maps in multiplayer all make for a superior tactical experience on a console. Oh, and did I mention you can play the single player campaign in multiplayer, with up to four people? Top notch, Ubisoft. Reference links here, here and here. 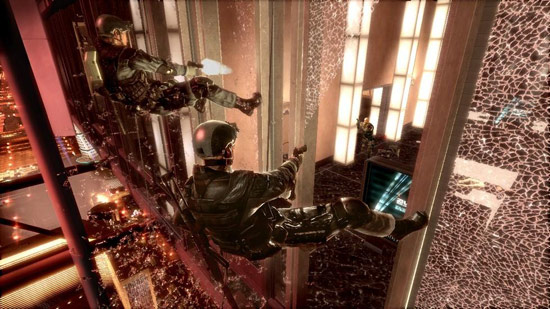