An Interview with Author David Zucchino 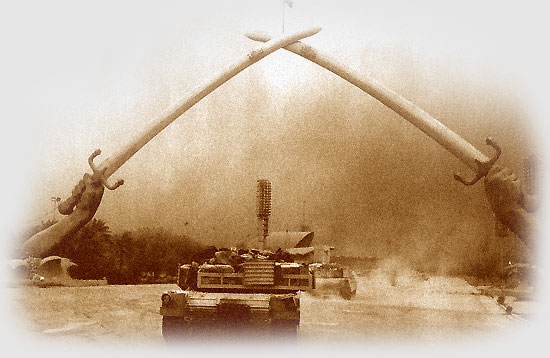 Every war has images that are burned into the public’s mind. Operation Iraqi Freedom has several… the blinding sandstorms, or the photos of Iraqis and GIs tearing down statues and paintings of Saddam. The other memorable event of the war for many was the sight of American armor racing into the heart of Baghdad, despite the daily assurances from Iraq’s Information Minister that the Allies were nowhere near the city.

The armor was from the US Army’s 3rd Infantry Division (Mechanized), and Los Angeles Times reporter David Zucchino was embedded with them for their drive up into Iraq, and then on their daring “Thunder Runs” into the city. A year later, he has released a book about the division’s remarkable armor thrusts into Baghdad and the savage fights on a major highway to the west of the city as the division sought to re-supply the armored force. “Thunder Run: The Armored Strike to Capture Baghdad” promises to cement this amazing story into the annals of American military accomplishments with hundreds of first-hand accounts of what happened in the first week of April 2003, so far from Fort Stewart, Georgia.