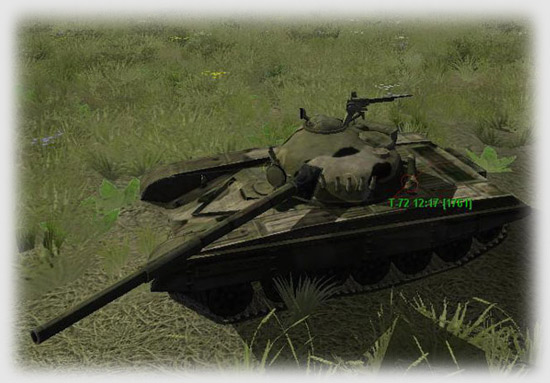 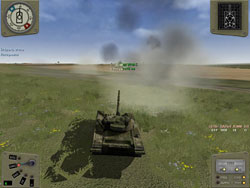 Vadim’s eyes are sharp. “Sir! APC on the ridge ahead!”

I locked my 1K-13 scope on it and flipped the switch to center the gun. “Track, one eight hundred meters! Load HE-T! Weapon free!”

“Identified!” Pavel zoomed his sight in close. “Hull down, two hundred meters from the landmark!”

Our tank jolted as Pavel pressed the triggers, and the gun snapped immediately to 45 degrees, the loading position. I surveyed the target. 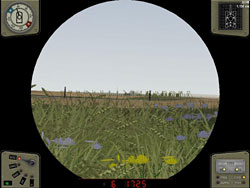 A smoke trail, inbound to us! Another missile!

The radio-guided missile impacted the ridgeline directly in front of us, showering the tank with dirt and smoke, obscuring our sights. Suddenly, I saw movement to the left.

An enemy T-72, the mirror image of our own tank! It was by far more dangerous than the antitank missiles for now. The enemy tank was moving fast. Pavel activated his TPD-1KM laser rangefinder, and smoothly pivoted the turret right, keeping in mind that you have to lase twice in five seconds for the system to compute lead. Just like your toy airplanes, Shoura, we have lead computed automatically! Firing, the enemy tank lit up with an explosion from the sabot round. We swiveled back to the MT-LB with the 9K113 missile launcher, the “Shturm-S.” 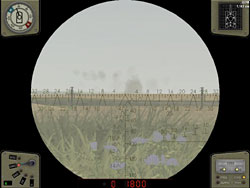 I was tired of fooling around, sister. We would do for this upstart Albanian once and for all. We carry the “Svir,” the 9K120 missile system, what our NATO friends know as AT-11 “Sniper.” It is most deadly. We have three aboard, generally, and we usually save them for helicopters. We have APFSDS-T sabot rounds, the BM-32, for most tanks. We also carry HEAT-MP rounds, the BK-29M, for troublesome smaller tanks and tracks-can you believe that these people use T-34/85 tanks as well as T-55A tanks, and antediluvian Super Shermans? We carry HE-T rounds, the OF-26, for tracks and lighter vehicles, and for use against fixed positions. 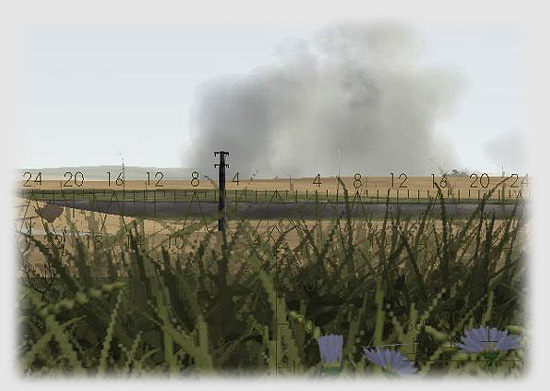