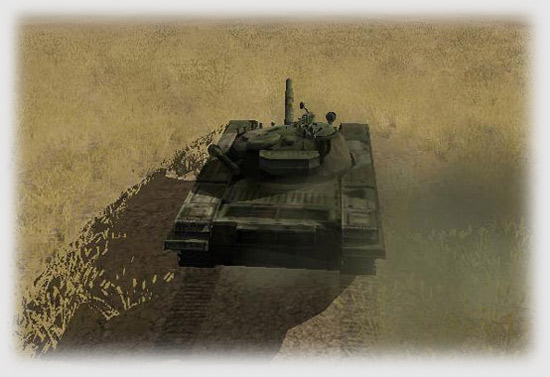 The Svir is simple to use. You do not even have to use the rangefinder. It is off, at any rate, because the missile uses it for guidance. You remember your training on the Vikhr, back when you were learning the Su-25T? It is the same. We put the sight on target and leave it there for the duration of the flight. You can watch it fly in, by its smoke trail! The Shturm-S’s explosion was most gratifying.

What I was not prepared for was the next missile, inbound. I saw the smoke trail in the air coming at us and then the explosion rocked our tank. A hit! Just behind the turret! “What the devil! Everyone report!” 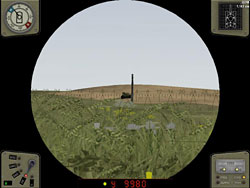 “None I can tell. It must have creased our hull alone! We were fortunate. I cannot see through the smoke. Is an RPG man hiding near that burnt out T-72? Seventeen hundred meters would be too far for a hand held launcher, though.”

“Sergei!” Pavel was excited. “Another T-72! Right behind the first!”

So, that was the source! We are not the only ones on the battlefield with the Svir system, after all. We would give him a dose of his own medicine. “Target, tank! Load missile!”

I watched our missile plow into the enemy. 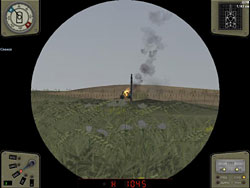 To the far right, near the burning vehicle, though, our work was not done. There, another MT-LB, one without missiles. A machine gun, spraying the German infantry! Well, this would be one for the books-a Russian tank would ride to the rescue. I cued Pavel to the target, and as we fired, explosions around the enemy track-our commander’s tank also firing, from nearly 2,000 meters away from him! As the smoke cleared, we could see the KLA infantry running away.

I began to relax. This is a mistake, Shoura. One never should relax on the battlefield. Our tank suddenly rocked again, a hit nearby!Where is it coming from? 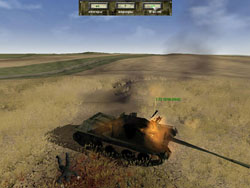 Urgently, I take command of the turret from Pavel and slew hard left. In my sights, trouble, close! A thousand meters away, a tank-destroyer! They snuck up on us, the wily devils! A second, to the right of it! We are bracketed! I call to Pavel to load sabot, quickly!

At this distance, even the tough frontal armor of the SU-100 cannot be proof against the BM-32 sabot round. It punches through the glacis instantly, and the tank destroyer is enveloped in flames. I watch the hatches pop open, the tank crew climbing out, human torches. I swallow, hard. I do not even like to see the enemy die like that.

“Poor bastards.” Pavel is somber. But there is another SU-100, looking for revenge. His shot is long, striking behind us. Ours is not, and hits him clean. A final kill. 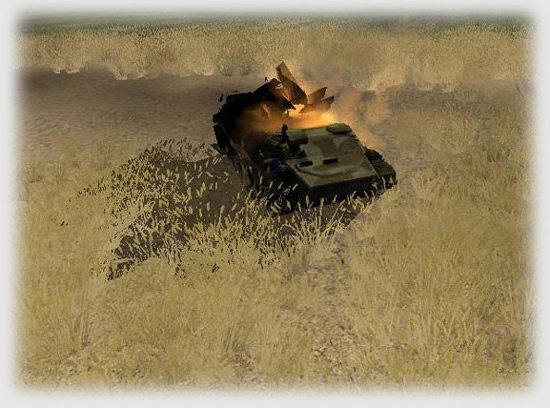