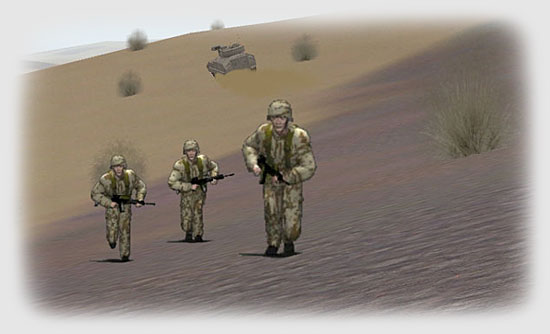 Other Vehicles and Infantry

Not including infantry, there are 53 controllable units included with PE, many of which can be virtually crewed by the player in some form or another. These range from the standard to the obscure…. if you haven’t seen a Biber bridgelayer in action in any previous sim, for instance, here’s your chance.

My version of the software includes: