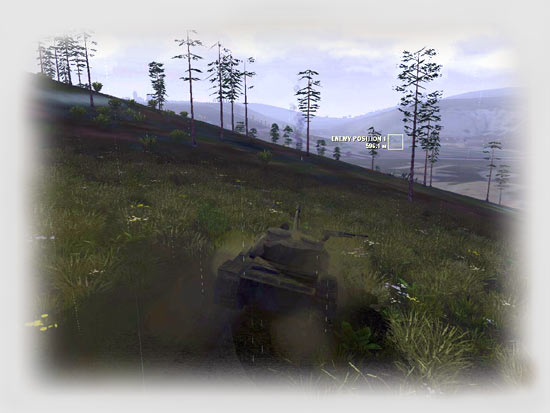 “Try it again, Dan. We must be faster in battle. Hand-loaded guns such as the D-10TM can be much faster than the Rapira’s autoloader in our T-72, you see.”

“Da!” Pavel, of course, was enthusiastic. “I have heard stories of the NATO tankers with your 105mm gun that can “Vacuum” load!”

“Like so-I fire, and the shell is ejected, yes? And this happens when the weapon recoils. But these American Marines, they can run a new shell in while the gun is at the apex of its travel! What skill and reflexes that must take!”

Sergei laughed. “I will settle for Dan not losing his fingers on the breechblock! My friend, when you place the shell on the rammer, shove with closed fist. When the shell seats, the block will snap shut, and if your fist is closed your fingers will not be caught in the breech! Then, as I showed you before, hit the safety catch and yell ‘Up!’ to Pavel, and he will know to fire.”

Phinin nodded, shaking out his arms and flexing his fingers. “Right.”

Sergei took his place behind the commander’s rangefinder and donned his helmet, fixing the interphone cables in place. “Let us try one for real.”

He scanned around the tank with his rangefinder, finding a suitable rock for target. “Vadim, track!” As Vadim suddenly braked, Sergei punched the button which swung the turret in line with his selected target, a large boulder. “Landmark right 25, range100, large rock, destroy!”

Squinting through his scopes, Pavel called “Load HE!”

Hearing this, Dan snatched a 100mm shell from the ready rack, slammed it into the waiting gun. As the block snapped closed, he punched the red safety button, calling “Up!”

Without further prompting, Pavel squeezed the triggers. The tank rocked violently, the gun recoiling and the expended cartridge clattering free. In Sergei’s scope, the target rock vanished in a fountain of mud and smoke.

“Ha! Dead on target!” Sergei flashed a wide grin at Dan. “You see, my friend? We’ll make a tank man of you yet!”

“Ha ha! Yeah! Not bad for an intel puke, huh guys?” said an excited Phinin. He put his fist up to punch knuckles with Sergei, who looked at him quizzically as if Phinin was going to punch him. Dan smiled and raised Sergei’s hand and said, “Here, make a fist.” Sergei’s eyes narrowed, watching Dan like a hawk, but he did it. “It’s something we do in the US to share our successes,” explained the Naval Intelligence Officer. He moved Sergei’s fist toward his and touched his knuckles to Sergei’s. “There ya go!” smiled Phinin. Sergei smiled back, and he, Pavel, and Vadim laughed heartily. Phinin was glad to make them more comfortable with him using this American gesture to help them feel a bit more bonded.

They reached a crossroads, and at Sergei’s direction turned off the road, paralleling it. On either side, the land began to slope upward, they headed into a menacing valley.

“I do not like this.” Vadim, his voice on the interphones foreboding. In the turret, Sergei cautiously poked his head out of the loader’s hatch, craning his neck around as Pavel smoothly rotated the turret, his finger twitching on the DShK coaxial machine gun’s trigger. “Sergei, the fog is setting in, I can’t see a bloody thing!”

“Vadim, slow down. We will run headlong into an ambush if we do not take care. Pavel, try the IR scope.”

Pavel switched to infrared, looking for heat sources in the fog. “Bloody hell! Tank trap, about 500 meters to our front! The valley floor is walled off.”

Sergei let his breath out in a low hiss, and dropped back into the turret. “Dan, can you enlighten us?”

Phinin shook his head. “That’s new, Sergei. The last recon photos I saw of the Aacy site were taken about seventy-two hours before I left Sochi. That’s five days ago, now.”

“Shoura is heading into a trap. Aacy is fortified. I would stake my life on it. Does your agent not know?”

“The best place to hide sometimes is in plain sight. That’s got to be what he’s thinking.” Phinin rubbed his chin, considering. “We may have to fight our way in, if something goes wrong.”