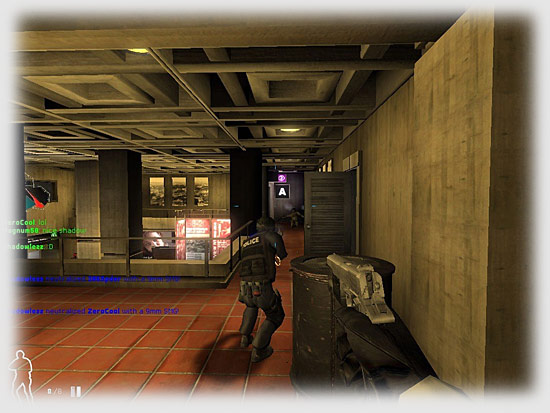 SWAT 4 is set to be released in April of 2005. It’s looking really good. Any game can have co-op multiplay in it nowadays but the SWAT series continues to make it a true, “must work as a team to succeed” game. Irrational Games is doing well. From what I’ve seen in the articles, post, and the beta demo I’m currently involved in there is no doubt that SWAT 4 could be another “Tactical Game of the Year.” Not only is the single player looking exciting and fun, but the multiplayer is the icing on the cake. Find yourself four disciplined gamers who can follow orders, and work well as a small unit and you got the making of some of the best co-op action out there. Look for SWAT 4 around April.

Note: The information in this Preview is compiled from a number of sources including press released material, magazine articles written on the subject, official forum responses, and dedicated fan web sites like 10-David andThe BBE Squad. I also obtained a lot of the information from the limited release multiplayer beta. Also note that the final features list is subject to change and the weapons list has not been finalized. All screenshots were either officially released by Irrational Games or captured by me in the beta.