I took a closer look at the Red October map in both practice and in actual online fighting. This is set during the siege of Stalingrad in 1942. The map itself is large, and covers the environs of one particular factory, the Red October factory, hence the name. Take a look at the screenshots.

In game, the team has spent a great amount of time with environmental factors. Mood lighting and weather are present and they make the maps very immersive. In another map, it is snowing; in a third, raining. Music is there, hovering in the background, unobtrusive. The maps are well detailed, with radios playing as you enter some rooms, or voices being heard down the hall. Sound effects sound like gunfire and the maps’ tight, urban claustrophobia brings to mind Half Life 2’s better levels for me.

You can manipulate doors and pick up items, and use them regardless of your nationality. If your weapon is out of ammo, pick up the weapon and ammo belonging to the guy you just killed! If you like someone else’s gun better… shoot him, drop yours and pick up his! 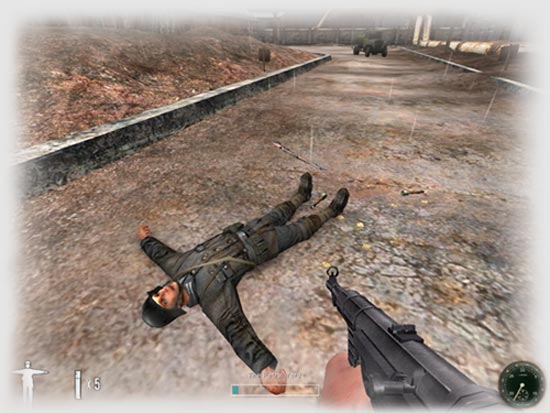 You’ll have to do that, because the name of the game in RO is “realism.” Yes, folks. This is probably the first FPS I have ever seen that was designed ground-up by realism hawks. And it works!