As for ease of play, I found the game stable, as befits a modification based on evolving, but thoroughly player-tested underlying code. I also didn’t see many problems with clipping or artifacts that plagues many online games. It does lack air support, and easily-called-for artillery unless you’re the right character. That’s going to change as time goes on. Part of the hoped-for plan for the team is to go retail and make an actual, licensed consumer product out of Red Orchestra. There, assuming they have the resources, we will see a lot of the wish-list come to life. Alan Wilson tells me that they already have things such as realistic optics for the Russian tank guns planned out, as well as better ballistics for heavy weapons and better damage effects/penetration values for armor. Some of these upgrades will be in the next release of this modification, along with improved artificial intelligence for the ‘bots, which will make for a more fun practice experience.

If you’re into realistic military ground-fighting with and against other people as opposed to in single-play, Red Orchestra is going to be a good fit for you. As it evolves, the RO team plans to add more and more vehicles, weapons, and features. It’s a worthwhile modification for what it otherwise a simple deathmatch shooter. Its realism and setting in World War II’s Eastern Front will deter most of the types of players who cause problems in more modern games.

If their hopes work out and it is released for retail, we will see more and better vehicles, which will create an Operation Flashpoint type world, only more so, and set in an unusual setting besides. My hat’s off to the RO team, who has done an enormous thing with a limited set of tools and group of enthusiasts. It reminds me greatly of the work done with Falcon 4.0, only much more focused and with much more support from the original developer.

If you like shooters and multiplay, give it a try! 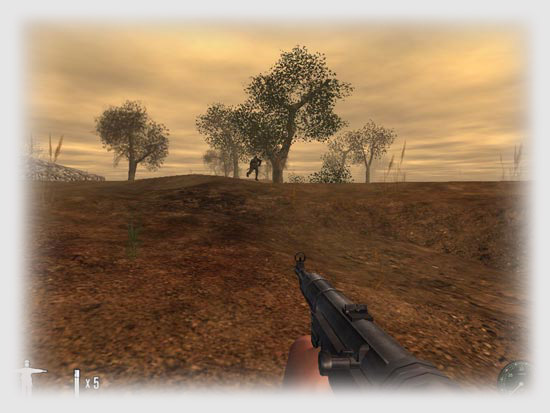