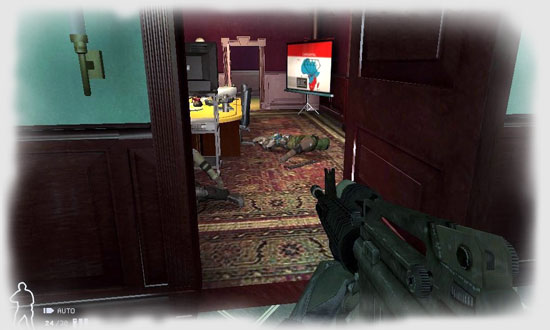 Irrational Games has talked about the ballistic models that were to be in SWAT 4, but from what I’ve seen they must have had to make some game design decisions on that subject. At times the ballistic model is rendered nicely and relatively accurate, but then at other times it seems non-existent. What I mean by this is, it appears that certain items were added with reaction to ballistics. For example, when throwing a flash bang in a room it will cause Coke bottles and other items to scatter and roll away. But when I tried to tactically shoot out a light in a hallway because I thought it better not to have my officers so visible in the danger area I couldn’t take out the light. Nothing happened. Some TV’s and computers can be shot with effect, while others can not.

Also it has been modeled to be able to shoot through a door, but you can not shoot through walls. I disagreed with this at first but then after it was explained as a required game play balance issue in the official SWAT 4 forums, I see the reasoning and agree.

You do get two choices of ammunition types during your equipment selection part of the briefing. They are FMJ (full metal 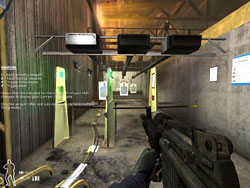 jacket) rounds and JHP (jacketed hollow point) rounds. Each serves a purpose; FMJ rounds are a lead core surrounded by a strong metal jacket used for high penetration. While JHP rounds have a hollow tip that when it hits the target it stops and expands causing more internal damage, but it won’t keep going so that’s more for a hostage type rescue mission.

The AI in the game is a big improvement over SWAT 3 and even other squad tactical shooters, but you will still run into problems once in a while. Most of the time my AI officers performed properly and flawlessly, but there were a couple of incidents, like getting stuck behind a table that was too close to the door for the AI officer to properly stack up. This caused everyone not to do their assigned task because in SWAT 4 it makes sure all officers are in proper position before continuing. That’s a good decision — you don’t have any of the lone wolf AI incidents from the past. Another time I got too far away from my element and when I pointed at a door to “open, bang, and clear”, they entered through the other side, came through the door the wrong way, then stacked up on the door they just entered to complete my orders in the room they just walked through. All these little incidences can be corrected by going slow, keeping your men with you, and readjusting your location if you’re in the way.

The AI is incredible with how they use there equipment, and how they clear a room. They will look away from the thrown flash bang, they will give you a finger countdown when breaching with explosives, and they will properly enter and clear a room, covering bad guys that surrender along with other doors, and even have one watch the rear.

Now for my biggest problem with this game, and I’m not sure if it’s an AI issue or another one of those “game play issues” I mentioned earlier. The rules of engagement are too strict in this game. If SWAT has been called, then stuff has already hit the fan and though a SWAT officer will try and give someone the chance to surrender — if you’re running around with body armor on and holding an AK47 — you’re going to get dropped, and dropped fast, and it will be justified. In the game the AI officers are giving the bad guy’s way to much time to think about surrendering and that usually leads to one or even two officers going down before the third finally decides to engage the shooter. A couple of times a hostage was killed because my AI officers failed to act when they had a chance. I think this is a game play decision, because Irrational Games don’t want you playing this like it was Counterstrike. You lose 10 points for each use of force violation during the mission, I have lost many of those points when I know in real life I was 100 percent justified in the shooting. All I got to say is that if the real SWAT had to follow Irrational Games strict use of force rules, there would be a lot more cop funerals to attend, and probably a shortage of officers volunteering for SWAT duty. But remember, it’s just a game.

One of the cool features that I didn’t think was going to be worth the time to program is the sniper windows. In a few missions you have one or two snipers over watching areas. You hit your “page up” key to cycle through the different snipers, and then hit your “caps lock” key to enlarge that window and take control. You can then zoom in (4 levels of zoom) with the “Z” key and take that important shot yourself. I like to clear out areas with the sniper view because if they have a weapon it appears you can drop them without a use of force penalty. It’s a nice little add-on feature, I just wish you could go full screen with the view. 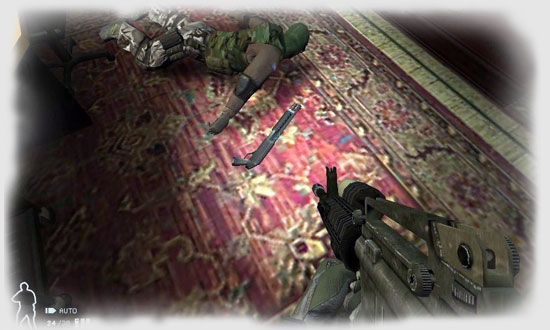