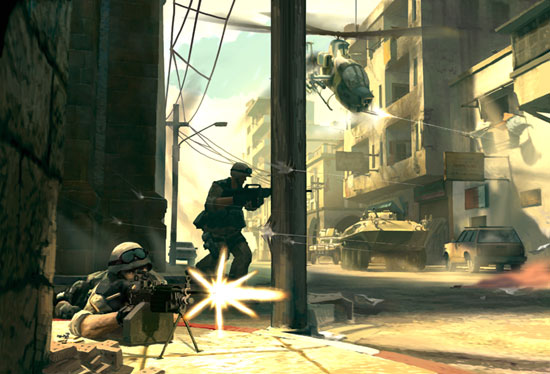 Okay, this is my third start on this review of Battlefield 2. Why am I having such 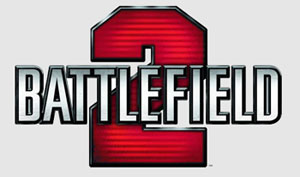 I finally decided to review what I have discovered playing this new game from Electronic Arts. So my report is part review, part strategy guide. I have combined just over two weeks of daily game play action along with what I have learned reading forum posts, online strategy guides, and the “official” strategy guide.

Battlefield 2 is the latest, and greatest from Electronic Arts and DICE. It moves the battlefield from the history books to the current times, and in these current times we have faster, more powerful vehicles and weapons, along with new and improved tactics.

In Battlefield 2 you can play as a member of three separate factions: the U.S. Marines, the Chinese People’s Army, and the Middle East Coalition. You can pilot or drive more then 30 new military vehicles, and get more then 20 soldier kits. You can choose to play on a dozen (12) maps that are scalable for 16, 32, or 64 gamers. Battlefield 2 is an online, multiplayer game but there is a single player mode with AI bots which is good for learning and practice if nothing else. The best features of Battlefield 2 are VOIP support which means in game voice communications, Squad Leader and Commander roles which are implemented in a great, streamlined way, and an all new persistent character scoring system on ranked servers that allow you to gain rank, earn medals, and unlock special weapons. I will go into more detail on these features later.