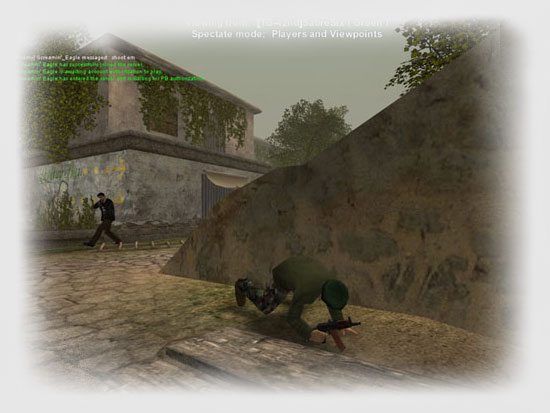 On October 15th, 2005 the latest edition of America’s Army: Special Forces was released. Titled America’s Army: Special Forces (Direct Action) v2.5.0, this update added two maps to the game. The first called SF Extraction, which has both teams trying to locate and retrieve a suitcase with valuable information on a terrorist cell. Players are able to play as either the US Special Forces or the unidentified “Indigenous Forces.” SF Extraction’s spawn and retraction points are created randomly to keep it fresh and mixed up a little.

The second map, SF Dockside, is a smaller tournament map set in a supply harbor during the night. It puts two teams of US Special Forces soldiers against each other in a race to find and hold two cargo containers full of biological weapons. Like in Extraction, Dockside’s spawn and container points are randomly generated.

The new update also features a new training mission which sports tactics from the Army’s MOUT program. Titled Shoot House, it allows the player to enter a 10-room house full of randomly generated targets which they must shoot when they pop-up. The level is timed and scored for each weapon, with results being recorded on your profile. 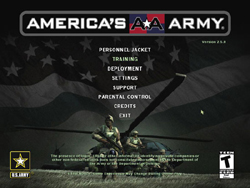 But for the cost of this game, as long as you have a broadband connection, then it would be ridiculous not to try it out. I hear from both sides of the opinion all the time, some complain that it’s too hard and too slow, and they don’t like having to “train” just to play a computer game. While others, like myself, love the fact that you have to complete training levels to get certain weapons and positions, and love the fact that the team that usually wins is the ones that play the way the game was designed, as a team. Now occasionally that’s not true, once in a while regular gamers get discouraged when an honor 80 plus comes in on the game server, knows and plays the map so well that as soon as the game starts, he goes running off on his own, and usually dominates. This is great for him but it defeats the purpose of the game and the purpose of belonging to a gaming group that strive to play as a team. So you can have a great game or you can leave with the feeling that it was all a waste of time — especially when the game play is ruined by these “Rambo” type players.

There is no single player, minus the training missions, so there is no idiot AI to deal with. After you create your profile, and go through the basic training, which is the obstacle course, qualification with your M16A2 rifle, other US weapons familiarization, and then the MOUT training, you’re off to join one of the many online servers.

When on an honor server, how you progress — or regress — is tracked. How many enemy kills you get, how many objectives you get, and how many of your team members live when you’re the leader, all adds honor points to your score. Also, if you team kill, or injure members of your team you are hit with a major point penalty, and if this is done within the first 15 seconds or so, you’ll find yourself booted from the server sitting in a cell at Ft. Leavenworth.

For a new gamer to America’s Army this seems to be a major problem when starting out and can chase players away from the game. I know, I got booted at least once a night when I first started, but if you stick with it, you eventually learn how to tell the good guys from the bad, and it gets better. I didn’t like these “honor points” at first, but then I got addicted to them. I just had to keep playing till I got up to one more level. I have been playing the same “character” since release, I play an average of 4 hours of America’s Army a week, and I’m only at honor 40. I know gamers who play 4 hours a night, every night, and are honor 80 plus with their third or fourth character. These are the ones that usually dominate and sometimes ruin the games for us regular players. They go out and kill all the enemies before you even get to the objective you’re suppose to defend. This is a problem that needs to be addressed either in the game, or with the server administrator(s).