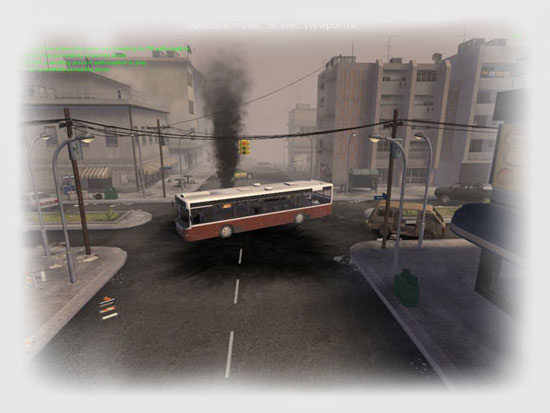 We’re awaiting information from the developers of America’s Army about the future of the game. Until we receive the official word, here are a few anticipated — but not confirmed — items we might be seeing in America’s Army.

We probably can expect the continued addition of features and a continued emphasis of making America’s Army as realistic as possible. It’s also rumored that light vehicles will eventually be added. Personally, I’m not really a big fan of that idea. My belief is that AA is great as is. It should stay a small tactical unit shooter. Vehicles are not needed. I’d also anticipate they may implement AI enemy so you can play either single player or in cooperative mode, kind of like SWAT 4. AI programming can add a whole mess of new problems.

I do look forward to each new version, each new map, and the new missions but to both of these possible future changes I say, “if it ain’t broken, don’t fix it” . But no matter what they decide to do, I’m in. This game will stay on my hard drive as long as they continue supporting it and as long as I have a dedicated gaming group that plays the game the way it was meant to be played. And that is with teamwork and real world tactics. That, after all, is the purpose of America’s Army.

America’s Army is a great game with small built-in flaws. The maps and missions are well done, and the weapons effects are the best I’ve ever played. The first time I used my iron sights with the M16A2, I had to control my breathing, and I had a small basic training flashback. The only thing missing was the screaming drill sergeant and recruits doing push-ups in the background.

The leadership roles and the fire teams work well and they force teamwork. The goals of the missions are varied and most are quite fun, with the newer missions being more random. The background sound effects are second to none; the sound of jets flying overhead or the sound of combat in the distance just adds to the sense of realism. If played with a dedicated group of gamers who like using teamwork and tactics, then this game is the best small unit squad tactical shooter I have ever played.

On the opposite side, this game is only as good as the players make it. The players that want to run off on their own, shoot or lobe grenades to known areas, or feel the need to use cheats can ruin this game and turn an otherwise pleasant evening of gaming into a big waste of time.

What I think the developers need to work on in future updates is better fire suppression, larger maps with more areas to enter and exit from, and VOIP support. This game has to be played with an audio comms utility in order to play the way it was meant to be played. I for one would like to see the built in support for VOIP (kind of like Counter Strike). So any and all gamers can talk when needed. I would also like to see a better way for fire team leaders to control and communicate with their team, while still communicating with the squad leader. I hate to say it, but I would love for some type of team control like Battlefield 2 has in America’s Army. Teams need to stay together and fight together. Team leaders need to know the big picture and be able to adapt to the squad leaders commands. I would also like to see options to draw up plans on the overhead map, and have markers so the squad leader can indicate where they want fire teams to proceed to, and that would show up in the HUD.

Hey, if you read this long article then you either have the game already, or you definitely have interest in playing it. If you haven’t downloaded it yet, then exit this window and go get it. It’s free and you won’t be disappointed. Once you get good at it, find yourself a group of gamers increase play to a higher level. Stick with it for a month or two before you uninstall it. It’ll seem to be a difficult game at first but with some more play time it gets better. A lot better. 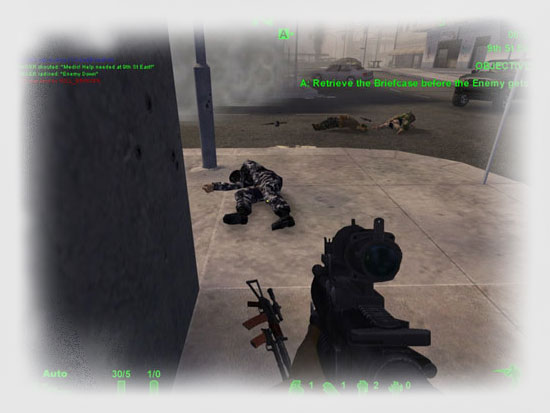 I am the Administrator for the Tactical Gamer America’s Army server. We require that you play the game the way it was designed, using teamwork and tactics. You can find out more about this in our forum here.

If you’re looking for a good tactical game, stop by our server. It’s open to the public (except when we have a tournament or special event). You can find the server in America’s Army in game browser titled: “Tactical Gamers SF” or you can hit your tilde key (~) which brings up the console. Type in: “open 67.19.26.146”, then hit enter. You will automatically connect and load. Hit the tilde key again to get out of the console box.