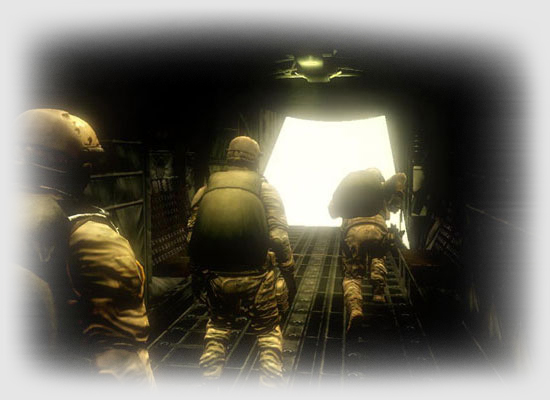 What can I say? The graphics are incredible. The models are fantastic, the environment is beautiful, the explosions and gun fights are spectacular, and (so I’m told) if you have an AGEIA PhysX card, the explosions are even better. The little small things are nice — like animations — where they wipe their goggles, or flex their hands eager for action. I did comment in the forums about how Mexico City was so yellow, but then one of our community members pointed out something I clearly overlooked. The Ghosts wear yellow tinted goggles to see better, that may explain the yellow tint in game.

Now it may look pretty, but I can’t help but wonder how they evacuated millions of people living in that city. It’s a huge city, but I haven’t seen one car drive by or one person in the street. I know it would take up way to much computer resources to render all that city activity, but still the city just looks so dead.

I’m glad to report that not all missions are in the city, there are quite a few in the nearby mountains or desert plain areas, not openly big, but a nice change of pace.

The city at night looks beautiful. You don’t see any citizens in the day (or night) but hey, as you fly in on your “Blackhawk”, there sure are a lot of lights on in the city. You would think they would have a black out order in effect. Yes, I know, I’m demanding too much realism. 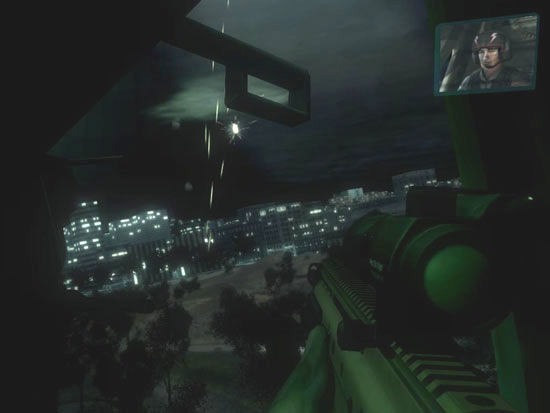 Another nice nighttime feature is your night vision. It looks great, just like the current night vision but a little more clear. But remember to take it off before you blow something up.

There is some really nice work done on the tactical map. You can see an overlay of your mission area. You can see the enemy patrolling if your friends see them, or you have that fantastic drone floating overhead. At night you can see the enemy walking with their flashlight mounted guns, scanning and looking for you. The tactical map is a thing of beauty. You also have the ability to highlight each of your squad members and call out a Cross-Comm screen that lets you see what they see. A very nice intelligence tool.

Sounds are great, you hear the environment, you hear the enemy, and you hear your troops as they walk around you. You hear the distant gun battles, and you hear other vehicles, land and air, driving or flying by. It comes with some nice suspense music in the background which is nice if you like that sort of stuff. After I did a couple of missions with it on in the interest of this review, I turn off the music because I want to hear the environment more. I think you will be impressed with the sounds, I was. 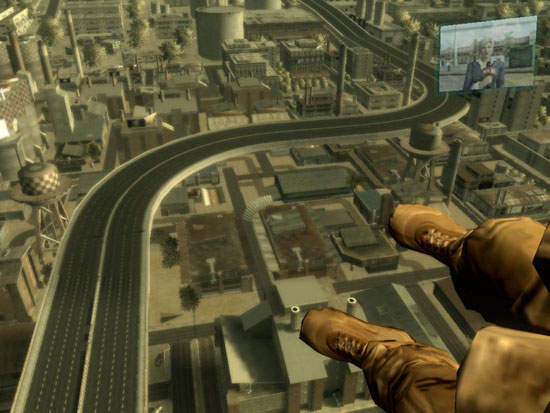