Armed Assault: Seize the Base

Note: Armed Assault is a work-in-progress by Bohemia Interactive. This AAR was based on the E3Expo press demo CD-ROM that was only ~ 75% completed. The final Armed Assault product may be different than what you see in this feature article.

You know the old T-shirt saying, “My parents went to Paris, and all I got was this lousy T-shirt”. Well I got a lot more than a lousy T-shirt from the fantastic staff of SimHQ after their recent trip to E3 — my very own copy of the much anticipated Armed Assault press release demo kit. Since receiving this “gift” from my fellow SimHQ staff members I have shared at least 50 new screenshots and two large video files of the press release action in our forums.

Now I will begin a series of mission After Action Reports (AAR) highlighting some of the things I’ve noticed in the press release demo.

The first multiplayer mission included with the press demo is “Seize the Base”, a simple co-op mission where two squads move out and attempt to take a well fortified city. The only multiplayer is LAN with the demo, so I’ll play it alone with the AI. 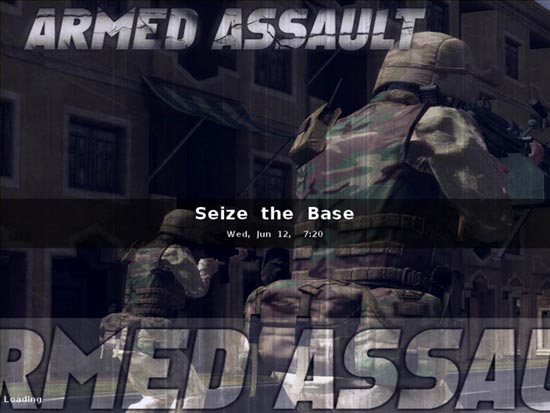 Squad Alpha moves out towards the city. They’re completely AI controlled so they don’t do much but help me by being a decoy for my squad.

I choose to be the squad leader of Bravo squad. I take the default layout of weapons and have a full squad of twelve under my command.

I review the map, zoom in and decide to let Alpha run straight in (as AI like to do). I will have my squad mount an M113 transport; we will move to the left of the town, on the downside of a hill, then dismount and move up to the cities flank. Easy victory, right? 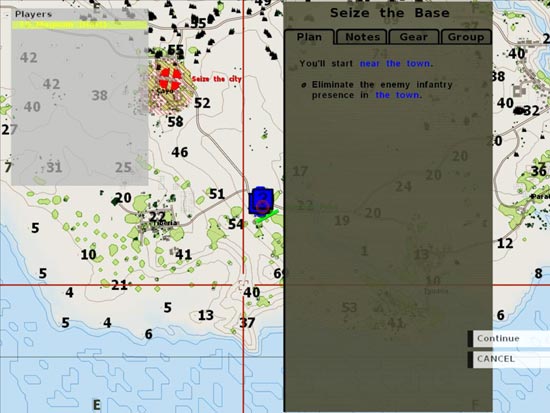