After we cross about half of the first field, we make first contact with the enemy. A few faint rifle shots at first, coming from the trench line which is our initial objective. Looks like the artillery didn’t silence them! 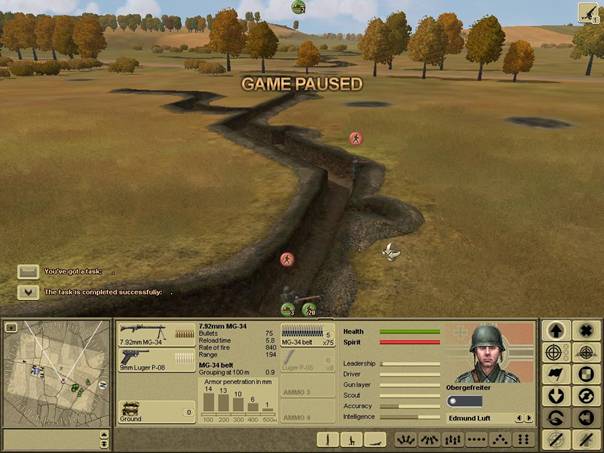 We can hear and feel our tanks move into position behind us, and this gives us confidence that the enemy will be dealt with swiftly. 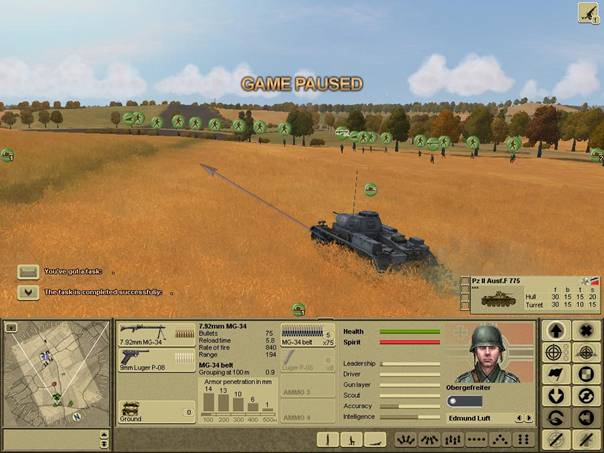 Soon we hear the machinegun bursts from our tanks and the thud from the guns pass over our heads and rip into the enemy positions. As we’re reaching our objective, the order goes out to take up firing positions and hammer the enemy. 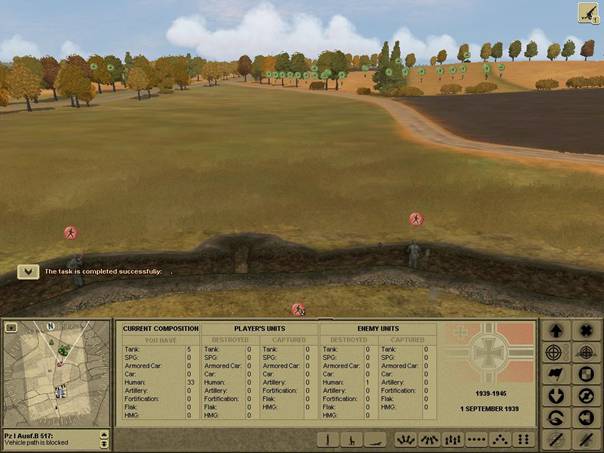 The enemy fire intensifies quickly, and more and more enemy shooters are identified. Then, suddenly, a bigger flash shortly followed by an explosion in our rear. Anti-tank guns! 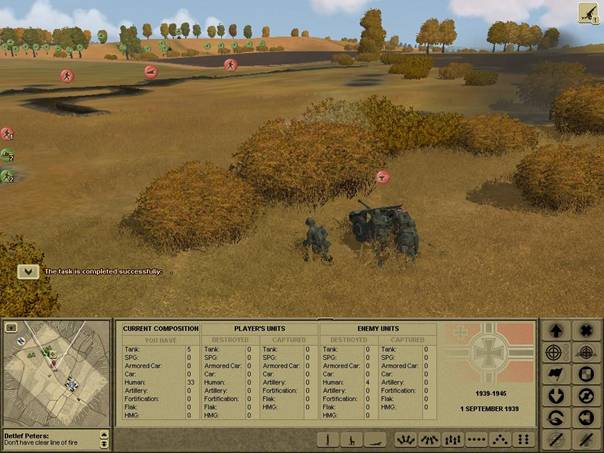 They held their fire until our tanks closed in and then opened from their camouflaged positions at a distance of 400-500 meters. 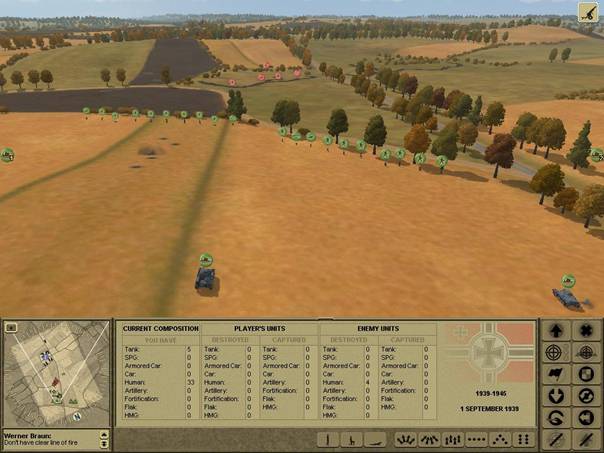 We’re ordered to focus our fire on the enemy gun, while the tanks move in and keep up their suppressive fire. We must not allow the enemy to pin us down now, and as the tanks close in spitting lead, word goes out that first group will prepare to charge while second group keeps up their fire. 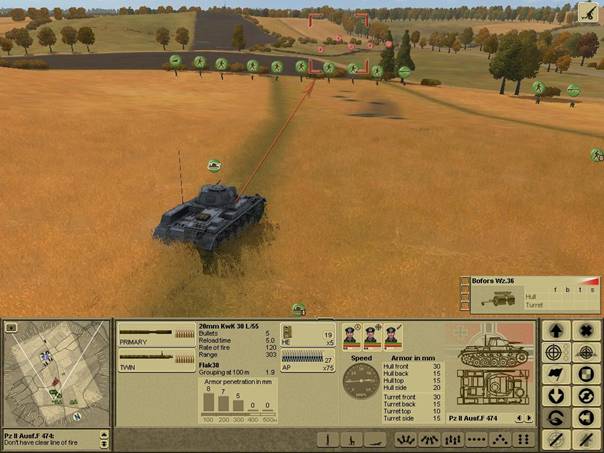 As the tanks reach our lines (luckily none has yet been disabled even though a loud metallic “whang” noise is heard often when an enemy round ricochets off the front armor), the whistle signals the jump off, and we storm forward towards the enemy trenches. 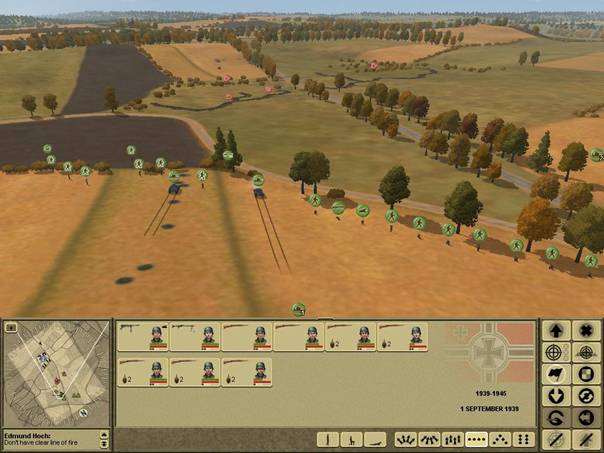 Running, stopping, kneeling to fire, then running again, falling prone, firing, up again, running zig-zag to avoid incoming fire which is weak from the start as the enemy is overwhelmed by our fire, we hustle for the trenches. Another enemy gun is spotted further to the right from the second trench system, but its fire is too inaccurate to stop us. 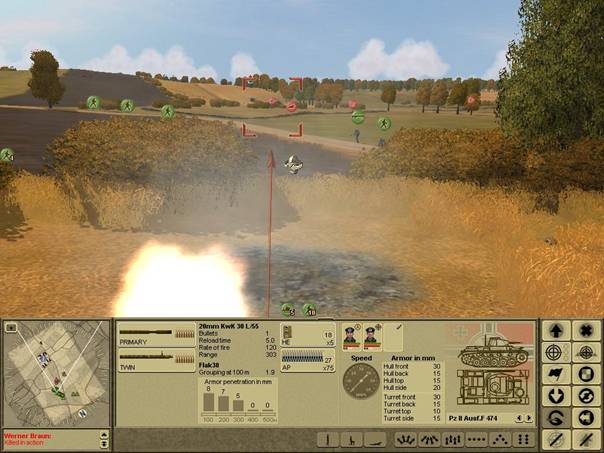