We’re halfway there! Small arms fire from the flank intensifies as the infantry hidden in the second trench system opens up now. Hopefully the two tanks sent over to that flank will keep their heads down until we can reach the safety of the enemy trenches. 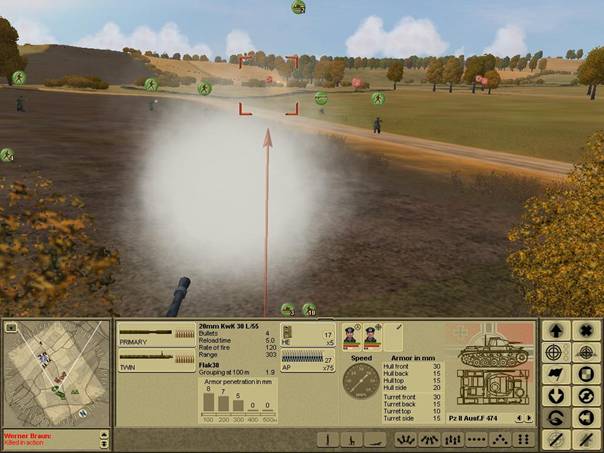 Suddenly, one of our own tanks falls silent as an enemy anti-tank gun shell rips through its turret and disables the gun, killing the loader. 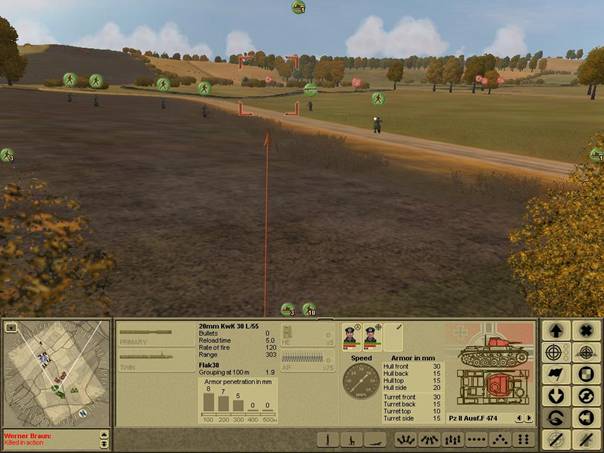 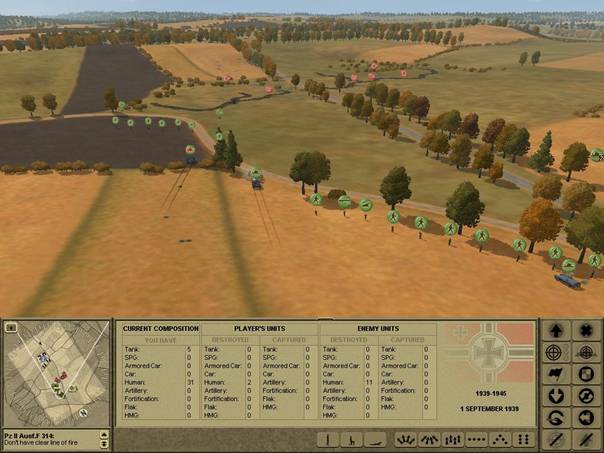 Then, just as the first of us reach the enemy trenches and jump in with a deep sigh, another gun opens up from the top of the ridge. At the same time, enemy infantry is spotted trying to cross the road from the other trench right into our flank! No time to lose — the order goes out to bring up the second infantry group which had been giving covering fire immediately. Meanwhile the first enemy gun falls silent to the well aimed rifle shots from our grunts firing at it from point blank range from their own trenches. 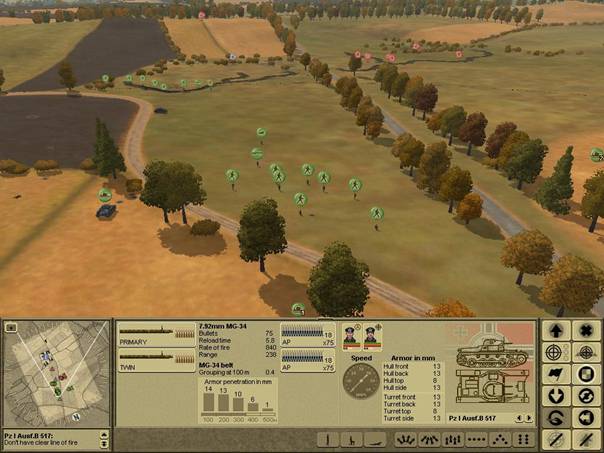 The gun on top of the ridge finishes off the Panzer II with a few well placed shots, and no crew is seen bailing out. 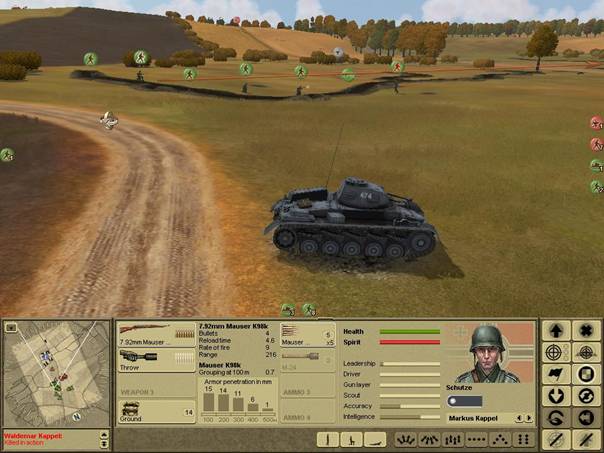 Alas, there are two guns up there on the hill, and as the second group reaches the trenches, another gun opens up from there. 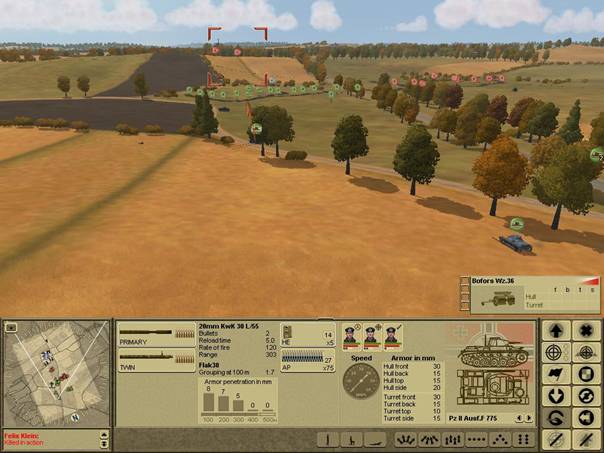 Meanwhile the two tanks detached for flank cover reach their positions and help in holding back the enemy infantry which was trying to reposition. 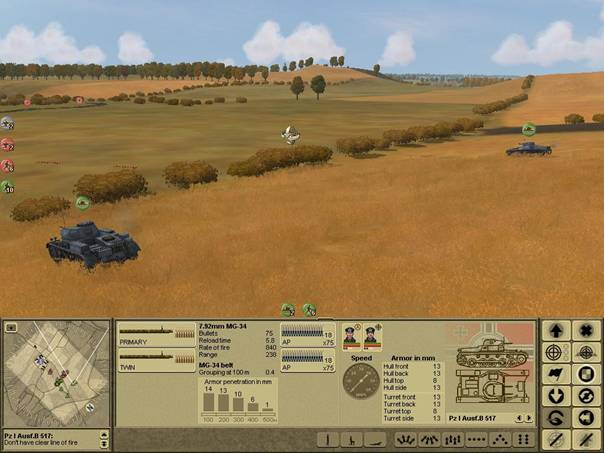 Their accurate fire frightens the enemy infantry back into their own trench and keeps the other gun suppressed, but they are too far away with their MGs to help out with the two new guns on top of the ridge. 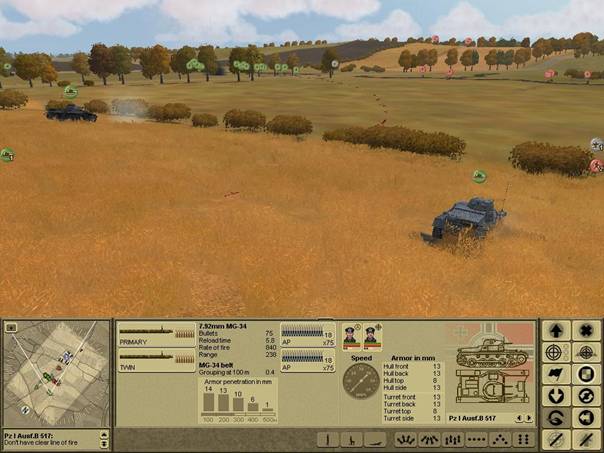