In order to not endanger the tanks they are ordered to stay back and give covering fire, while the call goes out for group one to assemble and close assault the enemy gun positions. But just as the first Landsers leave the trench, they’re called back — enemy tanks have been spotted coming across the ridge. They counterattack! 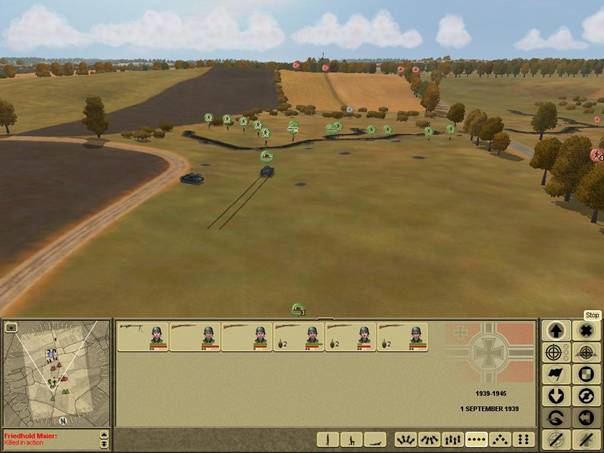 Immediately our four remaining tanks switch their fire on the new targets that storm right into our lines. 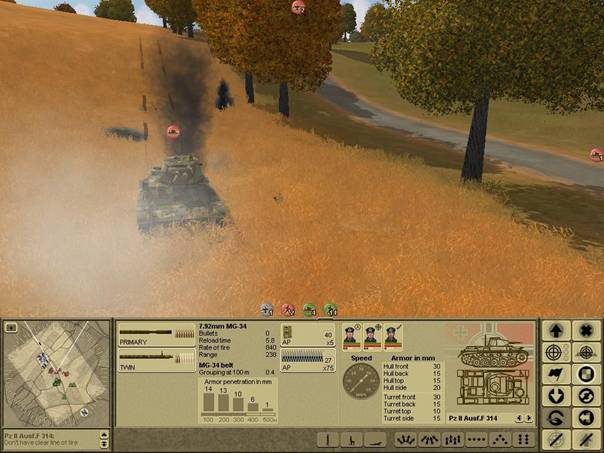 One of them is dealt with quickly… 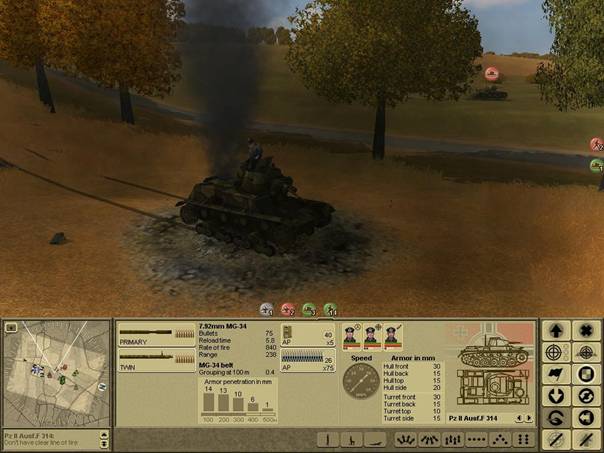 …and the crew is gunned down by the infantry, while the other tank is taken under fire by our flank protection. 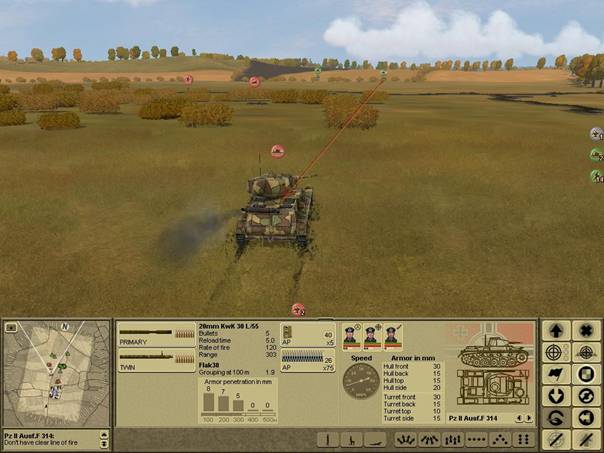 But the Polish tanks have support from the guns on top of the ridge, and one of them scores a lucky hit, and down goes our second Panzer. The surviving crew members bail out and head to the rear in panic, but then quickly return and seek shelter in the trenches. 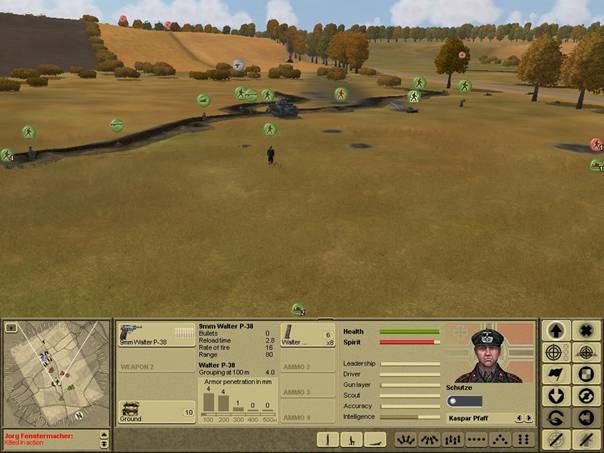 And again the call goes out for close assaulting the guns on the ridge, this time for both groups to advance side to side. We had taken some wounded in the meantime, largely from the fire of the two guns on the ridge, so the jump off is a little more reluctant this time, especially as the covering fire from our tanks got considerably weaker. 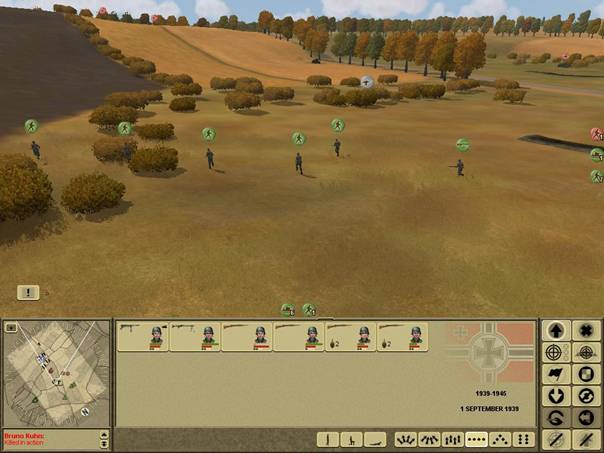 Members of the second group are ordered to man the enemy gun which remained intact after our infantry shot the gun crew one by one earlier. 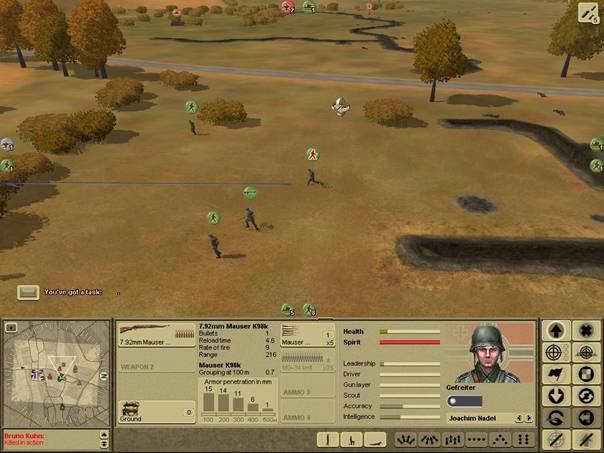 But the enemy guns seem to spot the intention, and begin firing mercilessly at the approaching soldiers. 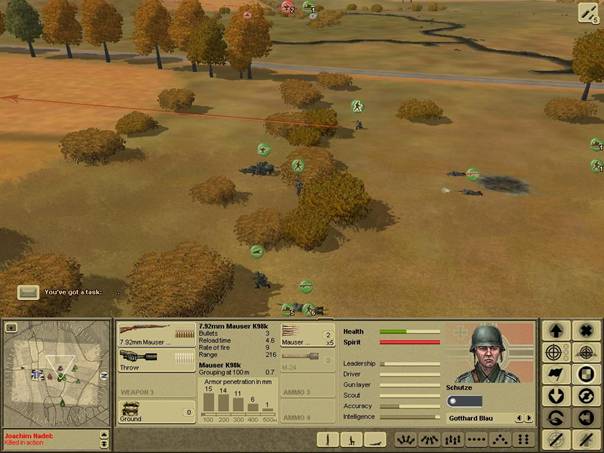