But our men don’t falter and, seeking cover behind the brush, slowly but steadily approach the gun. 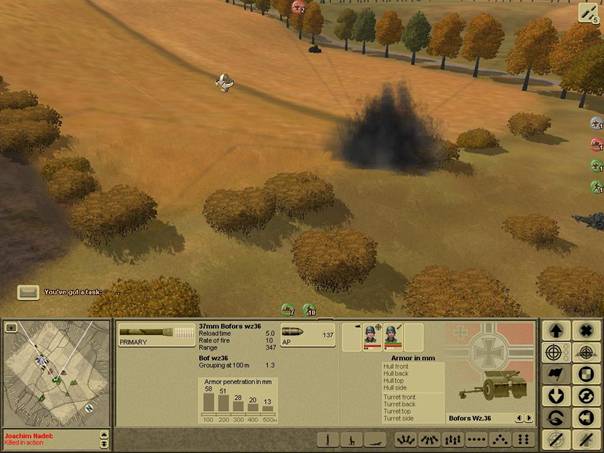 Some panic and there are a few casualties from shrapnel, but then, finally, a couple of them reach the gun and begin rotating it around to face the enemy guns on top of the hill. 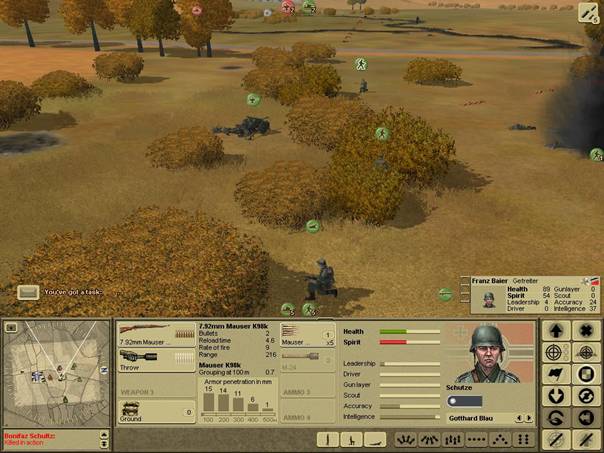 At this moment, reinforcements arrive! Hooray! Two Panzer I, one Panzer II and even one Panzer IV approach from the east. They are ordered immediately to fan out and move towards the enemy held ridge. 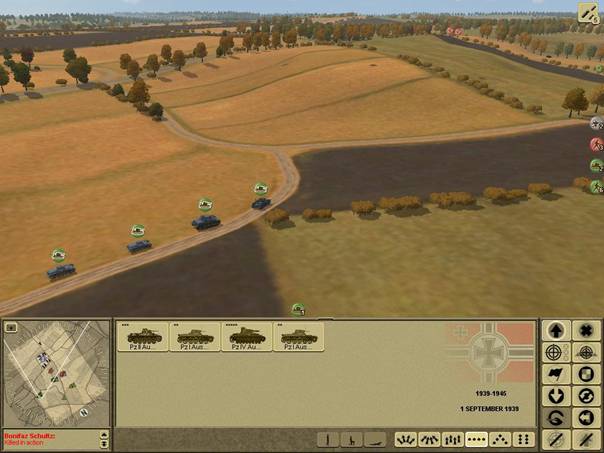 But it gets better… a new wave of bombers approach and peppers the hill with bombs! 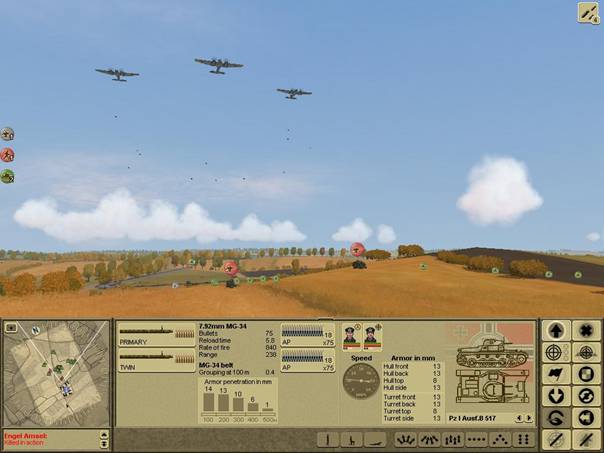 Unfortunately, the bombardment lands a bit short — saved by the rear-slope placement, the guns seem to survive the earth-shattering impact unscathed. 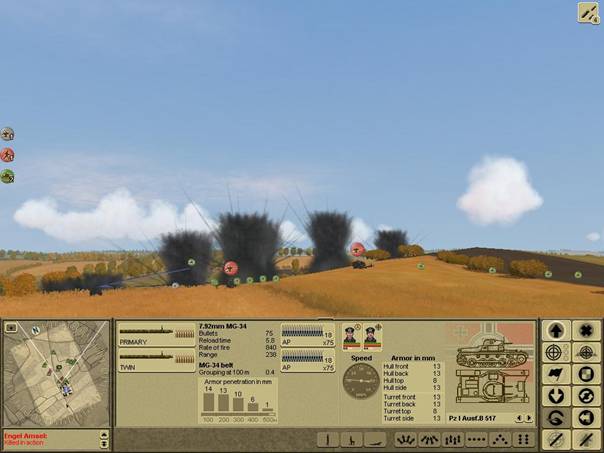 Meanwhile, the reinforcements are closing in on the guns, shielded from their fire by the slope of the hill. 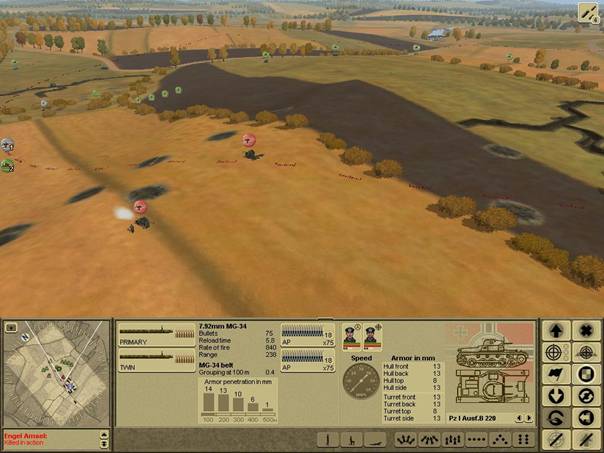 But in order to reach the guns, the rear-slope enemy trench will have to be breached first which is apparently positioned to protect the enemy guns. To support the attack, the two panzers from the right flank are now called forward after having finished off the enemy trench on the right, and are ordered to engage the enemy guns from the side, making it nearly impossible for them to focus on the approaching panzers. 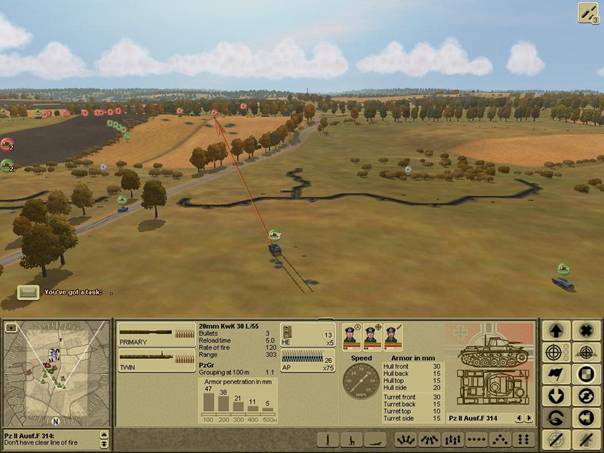 Meanwhile, another wave of bombers approaches with roaring engines, and the screeching whistle of falling bombs fills the air. 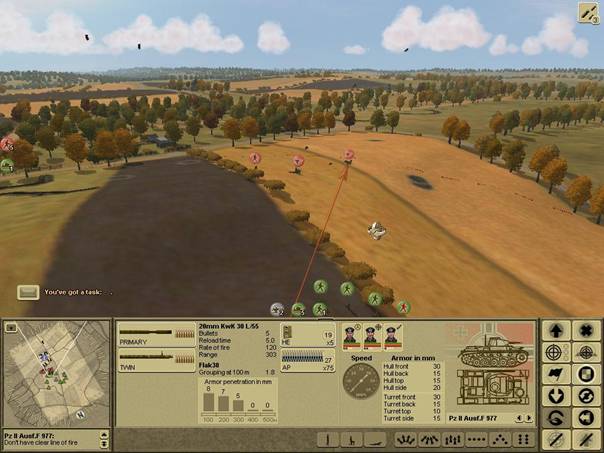