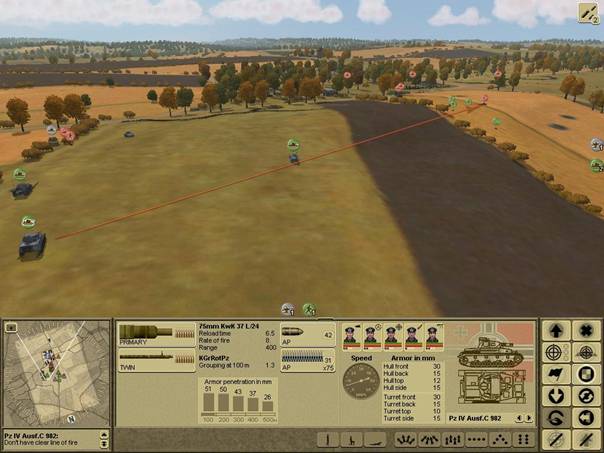 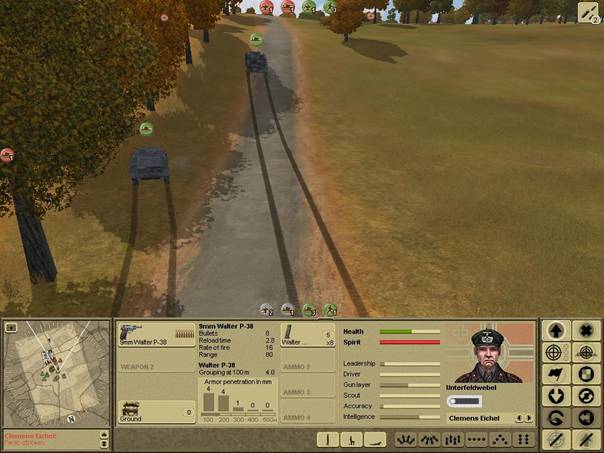 At the same time, the bombers return for another run and this time target the enemy trench at the other side of the ridge. Without a clear line of sight, the results of the bombardment are unknown. 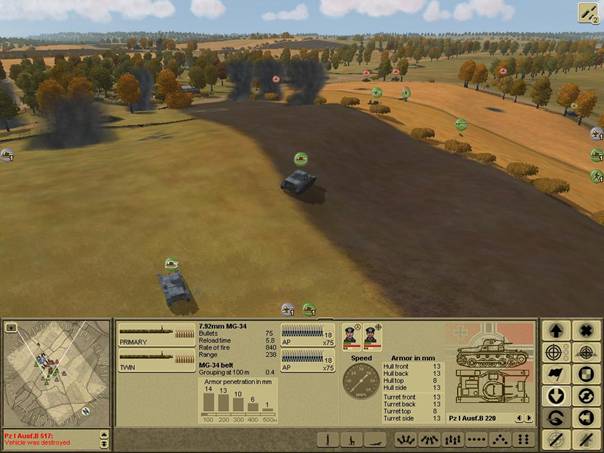 With the enemy armor closing in, our men consider withdrawal, but just then a fresh group of Panzers rumbles in from the rear! 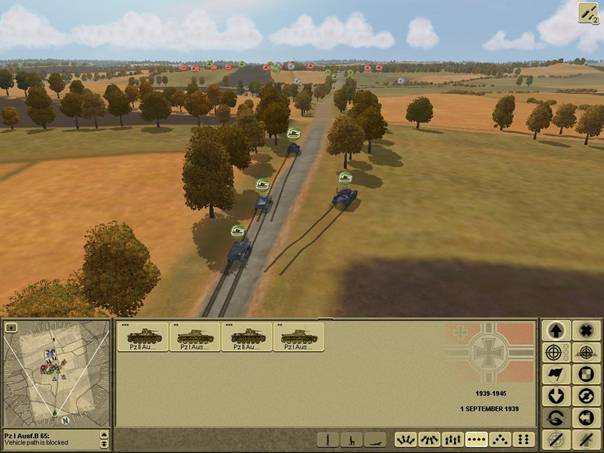 Just in time, because our infantry on the hill, after finally eliminating the two Poles manning the remaining gun, spotted two more howitzers on the other side of the hill in between the farm buildings. 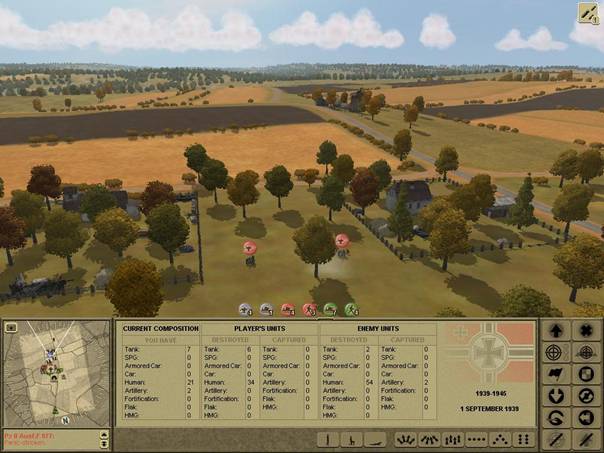 The enemy guns open fired immediately on the hilltop positions and our men couldn’t take it anymore, abandoned the guns and began streaming down the hill towards the enemy trench positions. The CO started screaming desperately into his radio and ordered another bomb run right on the hamlet in the hope of taking out those guns from the air. 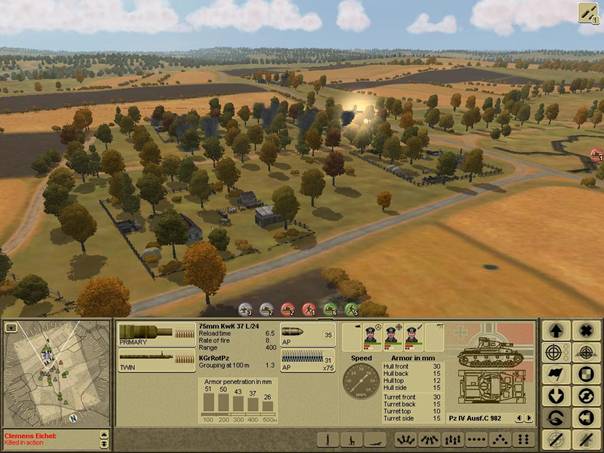 When our men saw the incoming reinforcements from the rear, they regained their spirits and turned around, heading back up the hill, and determined now to break the last enemy resistance. 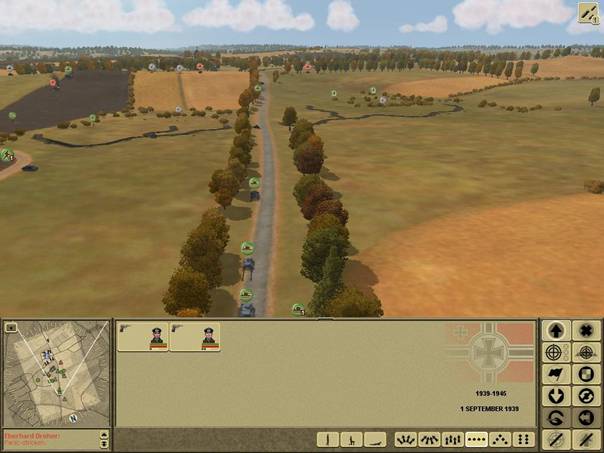 In the meantime, the enemy tanks were swarming all around the hill, and one careless enemy tank commander charged forward and, upon cresting the ridge, learned the power of the 75mm gun of the Panzer IV. None of the Polish crew survived the brewup. 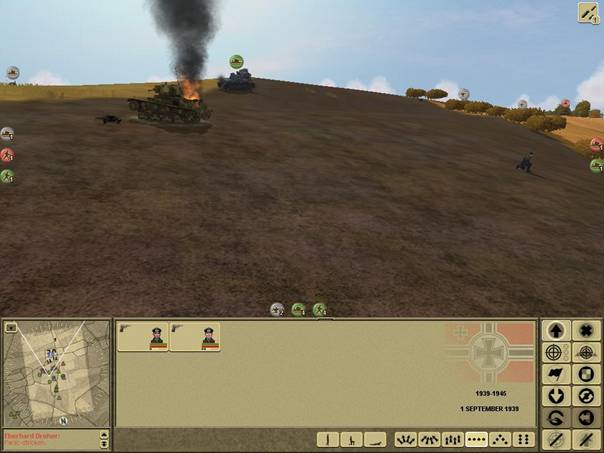