Another Polish tank tried to take over position on the hilltop near the abandoned guns, and was eliminated with a few shots from the 75mm as well. 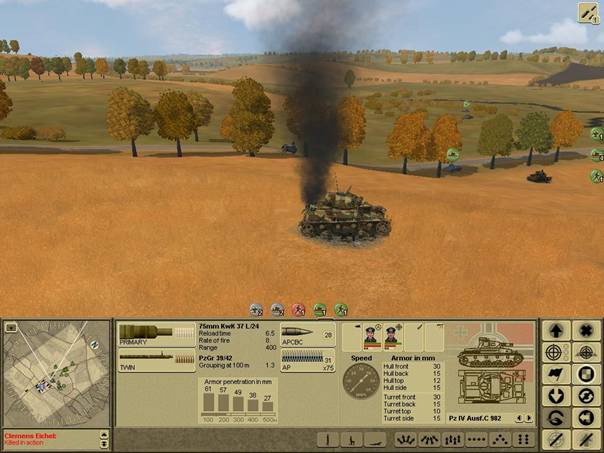 With its task completed, the Panzer IV, hull number 982, turned around to engage the remaining enemy targets, mainly the infantry in the trench on the left flank which seemed to have survived the earlier air strike, and the few remaining enemy tanks. 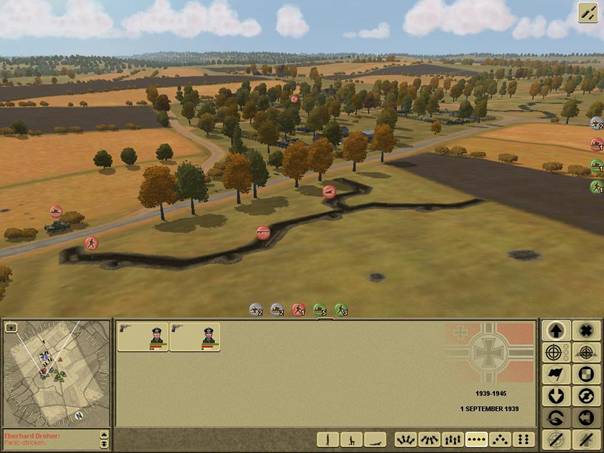 At the same time, the reinforcements were ordered forward to bolster the hill position, and the surviving men of the two infantry groups which returned were ordered to re-man the guns, and soon spotted and began engaging an enemy tank on the extreme right flank. 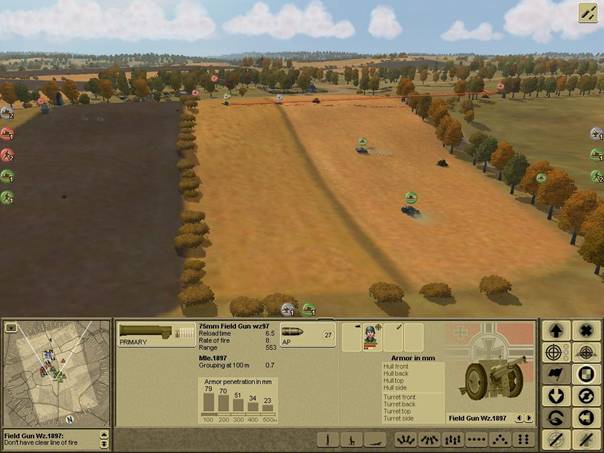 Upon reaching the hill positions, a fierce firefight ensured from seemingly all directions. Enemy tanks on the left and right flanks supported by the enemy guns from the hamlet which apparently survived the air strike put the Panzers and infantry crewing the guns under fire from three directions. 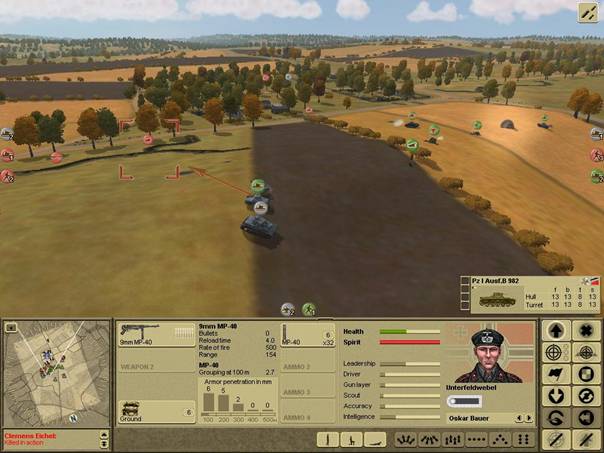 A number of panzers were immobilized in the exchange of fire, and several members of the gun crews were killed and wounded. One of the guns in particular had only one member left who was not able to rotate the gun alone and therefore couldn’t participate in the fight. 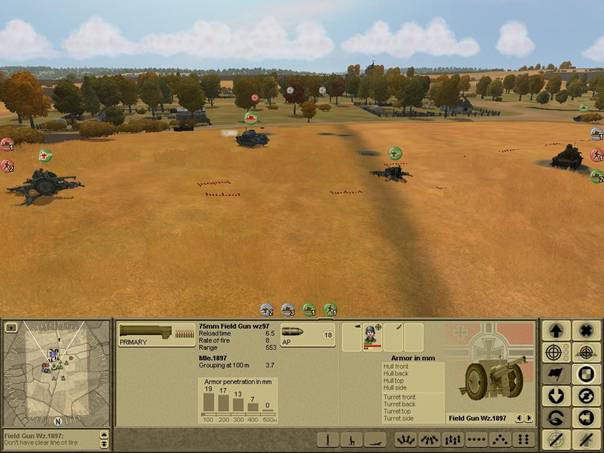 A tank crew member from one of the tanks which got into the enemy tank ambush on the eastern flank was ordered to help out to move and rotate the gun in order to engage some of the pesky enemy tanks which had us in a pincer. 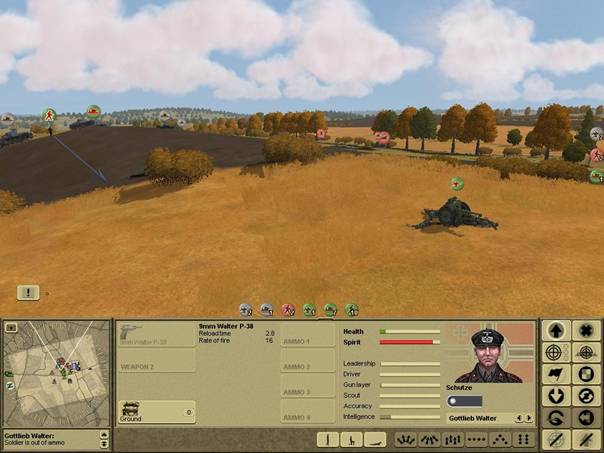 Covered by the rear slope of the hill he approached the position and managed to reach the gun and move it in the right spot to engage the enemy tank. 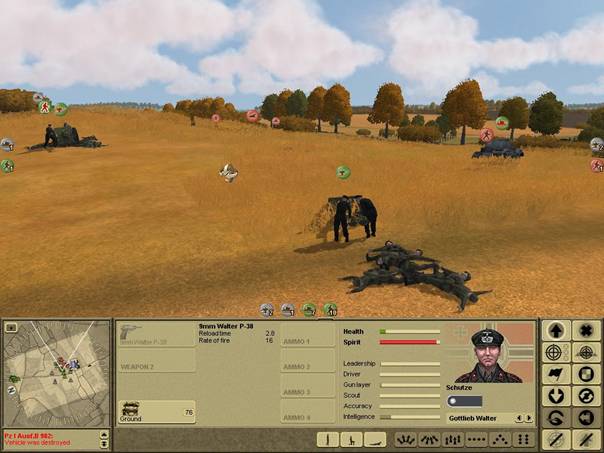 Shortly after, the enemy tank was history! 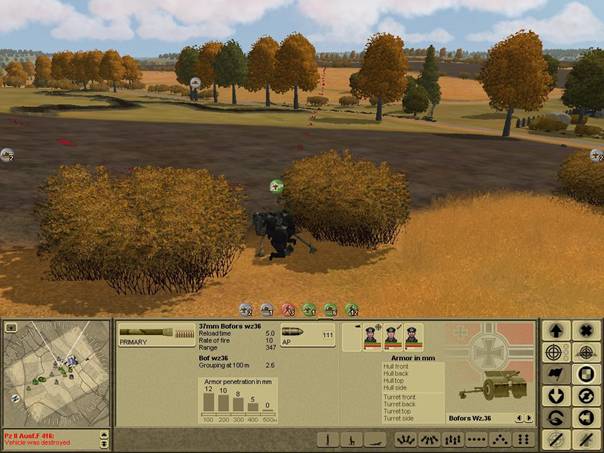