And they begin rotating the guns to face the windmill. 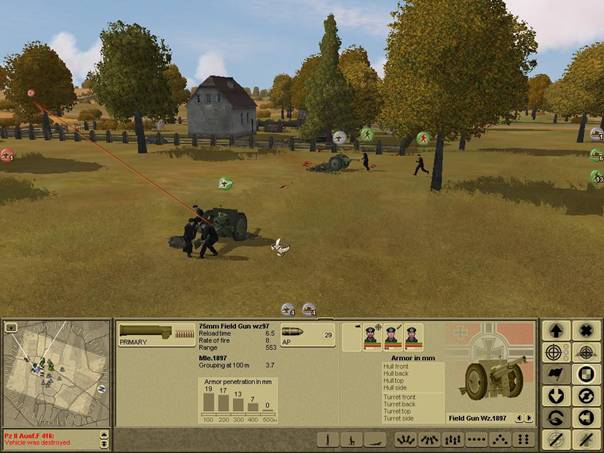 But the enemy notices it, and immediately directs its fire at the guns, eliminating one whole crew instantly. 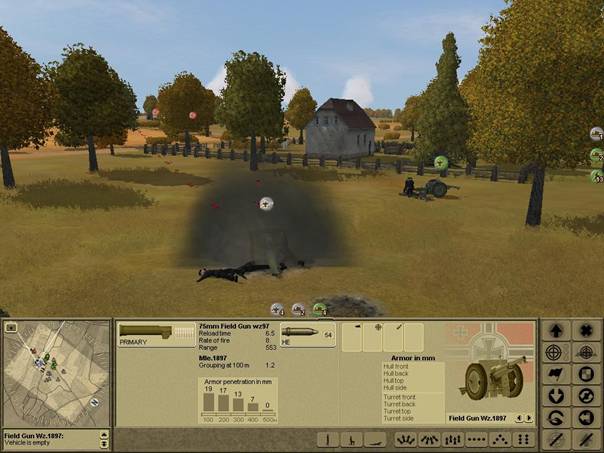 But any hope for the Poles is futile now, no matter how bravely they fight, as our panzers and infantry move into position for the final push. 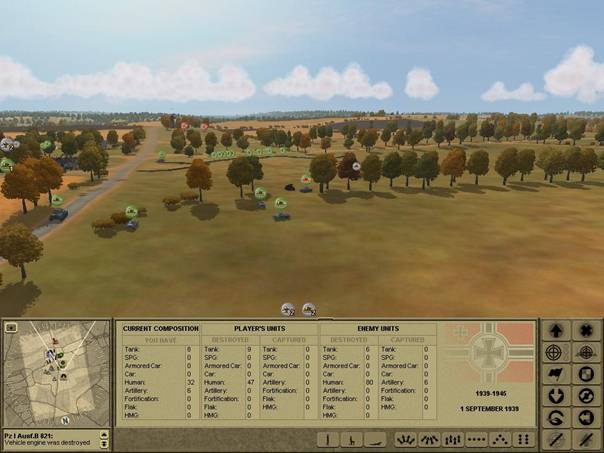 Under covering fire from the Panzers, pinning the enemy gun crews, the soldiers are ordered to move out. 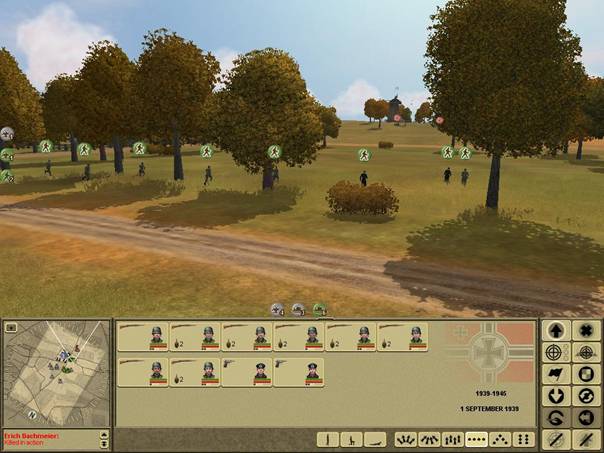 And make a run to assume firing positions closer to the windmill. 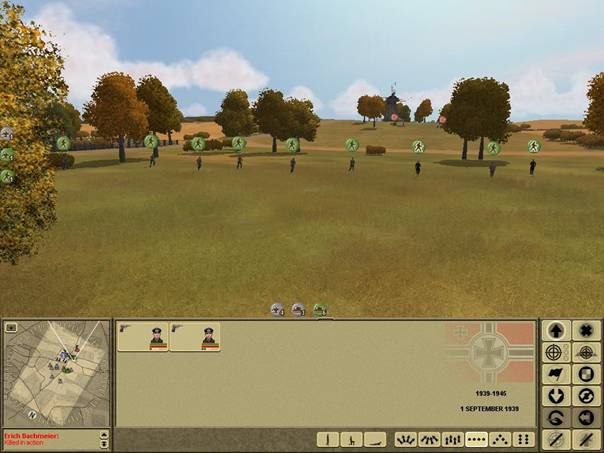 Under fire from several sides — the tanks in the rear, their own now captured guns from the hamlet, and the approaching infantry, the Polish gun crews break quickly. 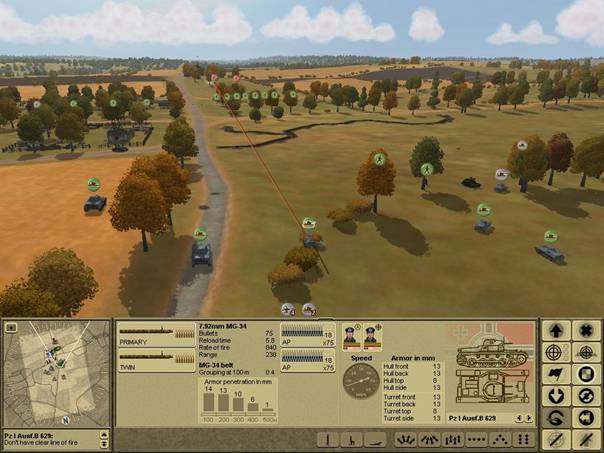 And as the panzers begin closing in, so does our infantry, and chases the routed Polish soldiers. 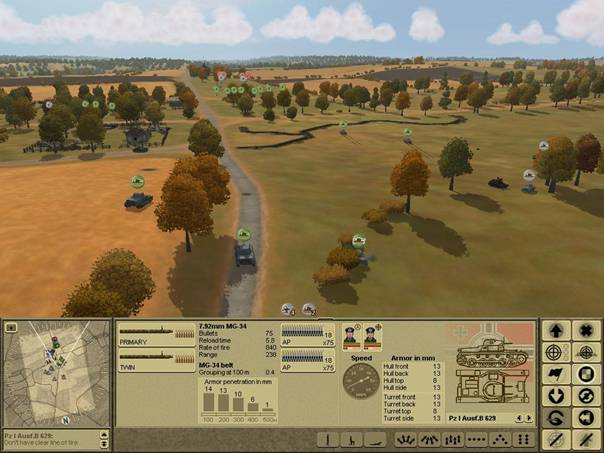 Within minutes, the windmill position is secured, and the fleeing gun crews dispersed. 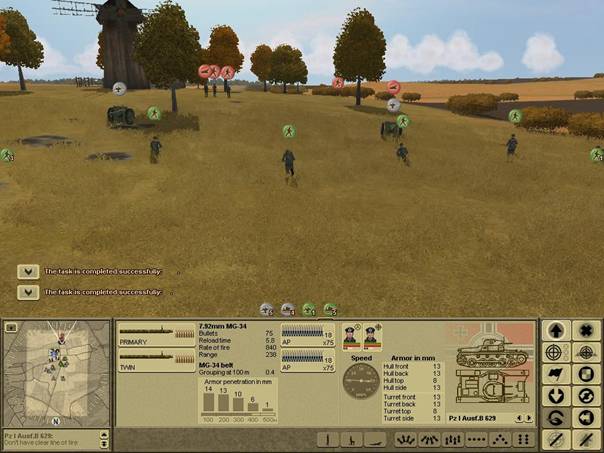