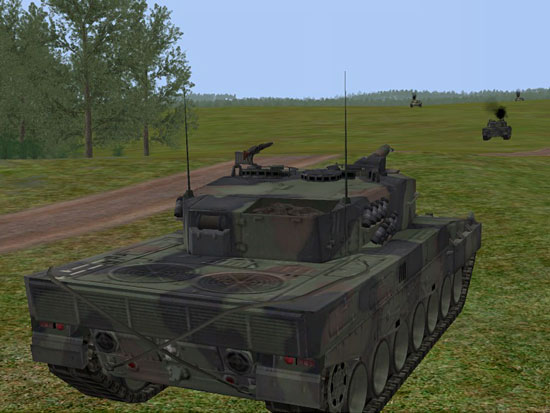 “The guy who wins is the guy who makes the fewer gross mistakes.”

If you’re in an F-15 two-ship and you’re faced with a flight of MiG-29s at your 12 with a closure rate of 1200 knots, you want to, as a real Eagle driver once told me, “make them either blow up at 20nm or turn and run like the camel loving girls that they are.”

The same holds true for the tank commander, with a twist… and it isn’t your proximity to camels. Whether you are a Leo commander or in an Abrams, your frontal armor will protect you from most threats, at most times. That said, there’s no reason to push your luck. What doesn’t penetrate your armor still applies the laws of physics on your tank, and you may find yourself in a dueling match that costs you your radio antenna, sights, or other secondary damage.

Your general goal for engagements is to make them against your opponents’ side or rear, at ranges of about 2,500-3,000 meters. Any further and your chances of a real solid hit on a moving target is not great, and any closer and you’re starting to enter the envelope where you can feel pain. Anything less than 1,000 meters is a ‘knife’ fight. While sometimes it’s unavoidable, avoid those close-in engagements like the plague… you have no advantage when you’re barrel-to-barrel like that. 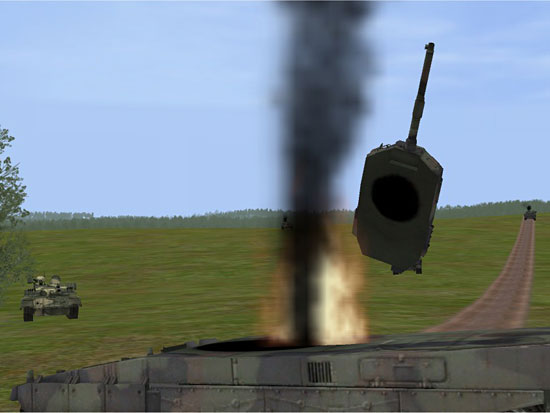 “The effect of superior numbers in a decision to attack is small. The tactical advantage of position — altitude — sun — and direction of attack are the influencing factors. With these factors in my favor the number of enemy aircraft is irrelevant.”

There are two levels of situational awareness here.

First and foremost, keep your eyes open. Unless there’s combat imminent, artillery falling, or something similar, your commander role should be to keep your eyes open, by being either on your optics or in the open hatchway on top, with binoculars. Look around frequently. If you’re in your gunner’s position, use both polarities of the thermal sight… what may not be easily seen in white-hot may be in black-hot, or even with the default optics, not the thermal sight.

On a more global level, use your scouts to find the enemy. The larger picture is every bit as important as the vehicle-based one. Refer to the map often, as it updates enemy forces as seen, and allows you, the commander, to make the best decisions at the time. This manner of playing is so engaging that on some levels, PE actually plays as well as a wargame as it does a tank simulator. However, you play, though… use those scouts to capture the true nature of the battle. Keep your eyes on the enemy… he’s certainly keeping his eyes on you. 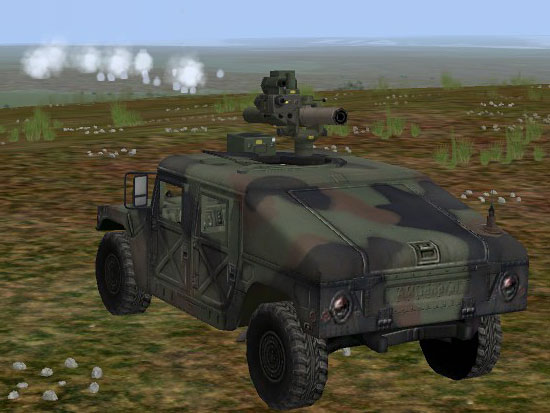