Vegas brings the Unreal 3 engine to the console and the visual effects you see are nothing short of stunning. The panoramic views of the Strip from ground level are spectacular… and blinding. You half expect to see Grissom and rest of the cast of CSI pull up in their Tahoes and break out crime scene tape, it’s that believable.

And while you may be carefully picking your way through casinos most of the time, that won’t be the only location you see. As a matter of fact, the game doesn’t even start in Vegas. The scenes in Mexico and the sim’s ending location are pretty detailed. In Mexico, you wonder if you’ll see the cast and crew of GRAW running down the street next to you. And while Vegas’ version of Mexico isn’t as theatrically dilapidated as GRAW’s, it’s still pretty run-down.

Vegas’ pyrotechnic and particle effects are pretty nice, too. Smoke grenades look as good or better than anything else the Rainbow Six series has offered us. Flashbang effects blind you thoroughly and really make fighting impossible for the few seconds you’re fighting the white-out. Eventually, your vision returns. Unfortunately, I’ve had it return only in time to see the terrorist that blew me away. 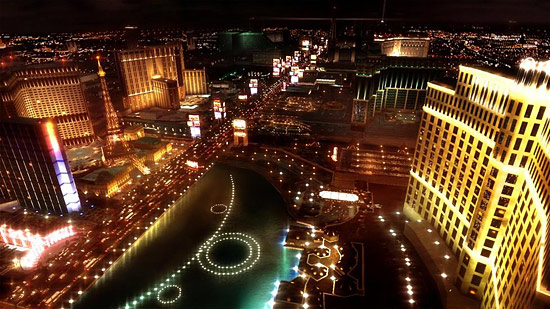 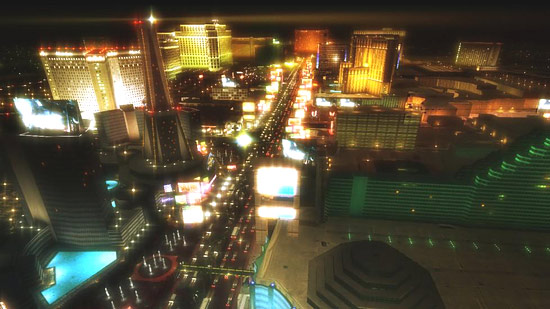 It’s a good-looking world, and the sounds are just as healthy and robust. You’ll cringe when you hear your AI teammates scream, “Grenade!”, because the explosion of the grenades at close range are absolutely deafening. Gunfire sounds as real as anything I’ve heard at the range. The ringing in your ears is not your own when flashbangs go off next to you, but you’ll swear it is, and the music is very gritty and atmospheric. Soundtracks set the mood. In Mexico, you get this whole Apocalypse Now vibe as it has this very groovy Jim Morrison-and-The Doors sound to it while the music in the Vegas scenes sounds exactly like what you’d hear in a Jerry Bruckheimer film.