Magnum: What options, if any, will there be for future modification such as additional vehicles and artillery?

Nikita: Well, we have not decided yet whether we should add the instruments, which let the players modify the game, to the game package or not. In case such an editor will be in one package with the game. A user who has a command of 3D-modeling software will be able to create new units and objects, or work on the existing ones, and add them to the game in the 3D package. In any case, users will have the possibility to change models textures. We always support such a practice if the modifier respects our copyrights. 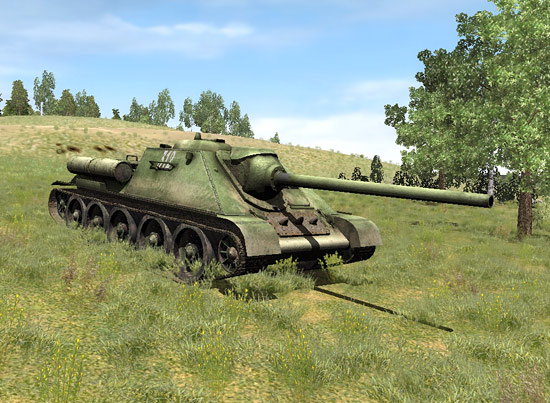 Magnum: Can we expect additional theatre’s of operation?

Nikita: We are willing to work with additional theatres of operation, missions and campaigns, but it is hard to say anything for sure before the game is released.

Magnum: How big a role will weather play in this game? Will snow and mud be an option?

Nikita: The main events of the game happen in summertime, so we have modeled the summer period of 1944 in Belorussia. Three presets of morning, daytime and evening with changing weather from fog to sun will add much fun to the game play. On a sunny day, a player will suffer from lens flare in misty dull weather with limited visibility. In the future we plan to do something with a winter campaign, but these plans may come true in some of possible further games about tanks of WWII.

Magnum: Is a Map and Mission Editor included?

Nikita: We are thinking about including map and mission editor, but now it is too far from the final decision. We are trying to understand in what form this editor could be added.

Nikita: Scripted events are of much importance for the mission, but the mission structure gives a player a chance to act not in a usual and common way, but according to his intentions. And such actions will never stay unnoticeable by AI.

Magnum: How are ballistics and armor to be modeled? What factors are taken into account? How is the damage modeled? Will the AP ammo just go through soft vehicles causing little damage if not hitting any critical part?

Alexander: Ballistics is modeled in the full scale including the initial shell speed, speed stall as a result of friction. Armor possesses the important armor thickness characteristics, armor stability levels. Of course in homogeneity of shell and armor fill. A successful shot will result a heavy damage. Armor-piercing shells, especially subcalibre, indeed go through soft vehicles causing little damage in case the engine is not the final destination of the shell.

Alexander: Sight and engagement ranges vary and depend on landscape. The main thing here is to remember a concrete tank capability of hitting the enemy from the distance — for T-34 such a distance is shorter than for Tiger. The real shooting showed that the distance in 1500 meters is ultimate for sensible battle. Soviet and German optics have many differences, for example, cleanliness, different coding and display. Moreover, T-34 has monocular optics in contrast with binocular optics in Tigers. 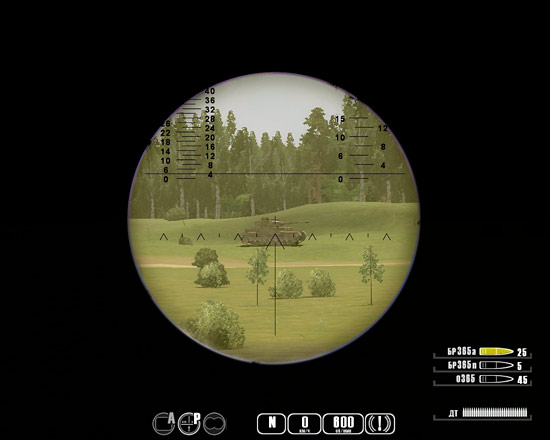 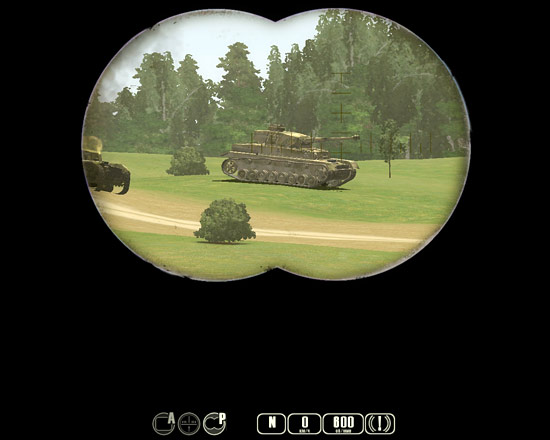 Magnum: Will all tanks’ MGs be simulated (including the commander’s one)?

Alexander: A player can shoot from the MG paired with the cannon.

Magnum: What about suspension and physics modeling in this regard? Will there be independent wheels moving or will they all be flat (like in current version of SB Pro PE)? Will tanks swing back when firing? Will the tanks swing when hit? Will the tanks rollover on steep slopes?

Nikita: Tanks, vehicles and everything that moves in the game has a model of suspension mounts where each wheel moves independently as the ground goes under the wheel. Of course, as the realistic model of physics implies in that feature, all the tanks swing back when they shoot. And when the tank is hit it swings. Moreover, a player can feel it when inside the tank in the moment of the hit — jolting and shaking means to come off cheap. I’ve had such an experience when testing it — scary! A player can rollover his tank on steep slopes as well as a tank can go upside-down when it is rammed by another tank.