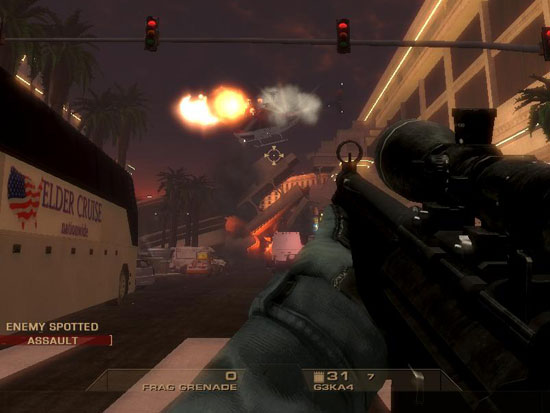 Sure you get the usual mega-assortment of weapons and gear, far too many to list here. Each has a damage modifier, range modifier, and accuracy modifier. Along with attachments for most that change the mentioned modifiers. It’s going to be hard not to compare Vegas with Lockdown, but Ubisoft brought that upon themselves. I’m happy to report that the weapons do feel different and right compared to those in Lockdown.

At a quick glance, I see about 30 different weapons, from pistols and sniper rifles to assault rifles and machine guns. Also a number of shotguns which seem to me to be a little over powered in game. I don’t know how many times I died because of a distance shotgun blast, wearing medium armor. 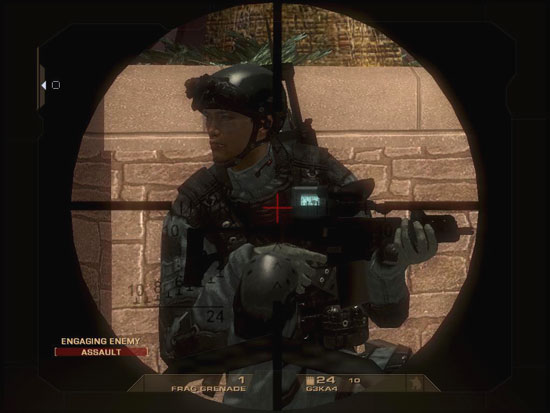 Speaking of armor, you have your typical set of armor like light, medium, and heavy. And it does weigh on you and affect your movement. You also get a number of options, usually in unlocking of equipment and gear like new headgear, eye wear, weapons packs and camouflage packs. A lot of stuff here, but I really hate to unlock tactical gear. A team like Rainbow should already have all the gear they need. That’s a little arcadish in my opinion.

With your firearms you also have a number of attachments like the ACOG scope, 6x scope, 12x scope, high capacity mags, laser sights, (and you see the laser in smoke), and reflex scope.

You also get hand grenades, flash bangs, C4, breaching charges, smoke grenades and incendiary grenades which are way too popular in the online arenas. Guess what boys and girls? You also get something I’ve wanted in the series for a long time. A shield. Gone is the hammer entry tool from Lockdown, about the only thing I loved from that game. You get a few more things only in multiplayer mode like a GPS device, motion sensor, radar jammer, and gas mask. That brings back memories of earlier Rainbow Six days, doesn’t it? 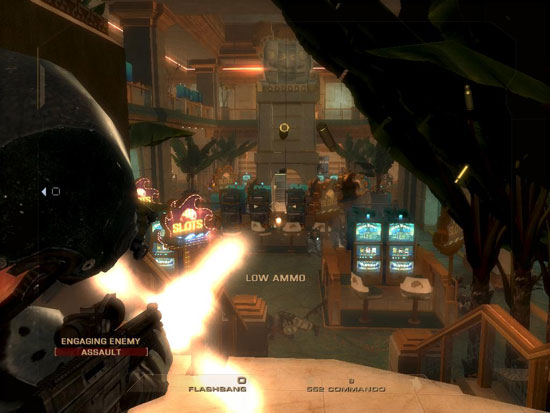