Welcome to the third in a series of articles discussing different aspects of squad and team level virtual combat. All of this information is taken from real world sources and modified for gaming purposes.

In today’s brief we will be discussing the squad and fire team movements and when to use which type. We will also discuss danger areas and crossing techniques.

The selection of movement is determined by either the fire team leader or the squad leader, and based on likelihood of enemy contact and the need for speed. In real life these movements and formations are given with hand and arm signals, but in our virtual computer world most of the time it’s over a voice communications program. Any of the movement techniques listed below can be used with any of the formations we discussed inTactical Briefing 02: Formations.

Traveling is used when enemy contact is not likely and speed is needed. With traveling you have good, but not great control over your element. Your element is less dispersed. Your speed is fast, but security is weak.

With traveling you simply form up in the ordered formation and move out from point A to point B. You are trying to get somewhere quick, but not too worried about security at the moment. Most of the time you’re behind friendly controlled lines.

To see a video of a squad, broken down into two fire teams, using the “Traveling Movement” technique click here. The 1.44MB .wmv file is zipped. 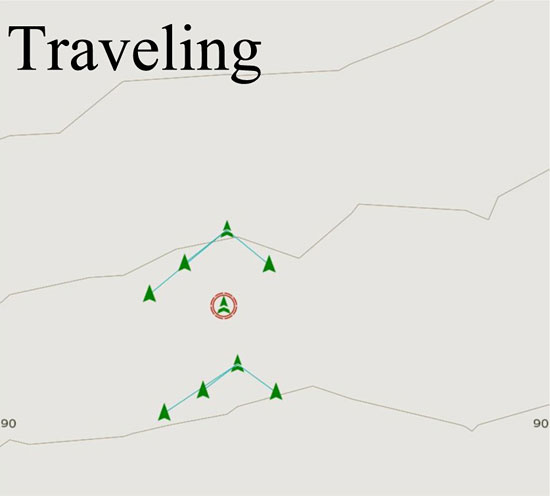 Getting Your Purchase Order Past the Comptroller Page 4
Tactical Briefing 03: Squad and Fire Team Movements Page 2