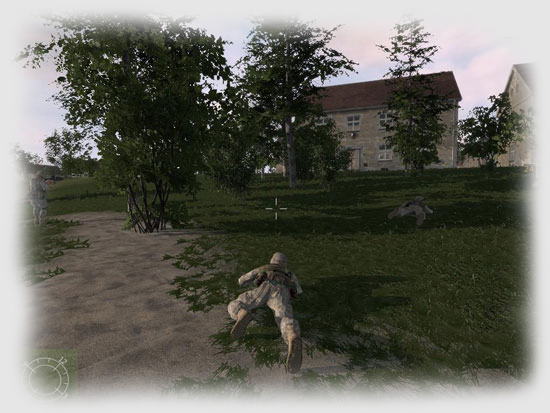 Armed Assault, just like Operation Flashpoint, has a killer multiplayer module. Armed Assault even improves on the multiplayer experience. It’s better because the boys over at Bohemia Interactive listened to the OFP gamers suggestions and complaints, and resolved them in Armed Assault.

The biggest change is that you can now join and leave the server as needed. There is a bug in the game that sometimes puts two joining players into the same body. It will hopefully be identified and addressed soon in a patch. It doesn’t happen frequently — but I have heard more than one gamers’ complaint on this. As in OFP, you can select and switch your weapons in Armed Assault.

Multiplayer in Armed Assault is a great experience, especially if you game with people you know and trust. As usual, if you join an open server your experience will be drastically different than a gaming group or clan server. There is usually one person in charge, he can give the orders through a series of menus, or use the in-game voice over IP (VOIP) communications. The VOIP has worked fine for me, but a number of my fellow gamers have reported problems. That’s why we still continue to use the trusty Teamspeak2 server. Maybe that’s something else that will be addressed in a future patch. The VOIP does support team channels, squads, and vehicle channels.