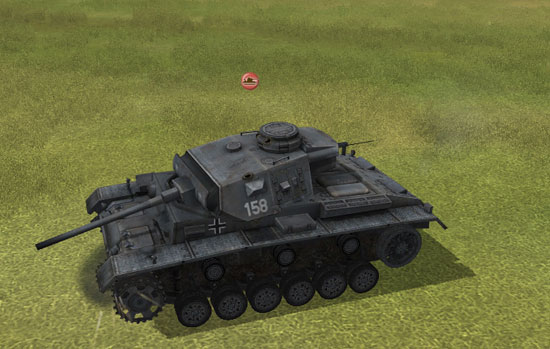 Buildings are present in the game, but unfortunately the developers were never able to really get the infantry to use them properly. This means that infantry cannot set-up in buildings. Snipers can’t fire from church steeples, machine guns can’t set-up from inside houses and soldiers can’t take cover in basements when indirect fire comes down on them. While not a total game stopper, it is a real problem in a game that is trying to present total realism. If there is one real patch that the team really needs to work on, it is this problem. I don’t care how they fix it, but they need to fix the inability to get into buildings. Cover and concealment are the biggest protectants of the infantry and eliminating buildings is tantamount to leaving them hung out to dry.

Gameplay is pretty fast and furious at times. The setup of the game is essentially the same as many standard RTS games. You have the option of moving your forces within a defined area and then you start the game. You can order your soldiers individually or you can command an entire squad at a time by either click-and-hold the highlighting of a group of soldiers, or by double-clicking on a squad leader. From here you can change formations, order troops to move to different spots, have them run, crawl, attack, defend or even run away.

Tanks are similar, although I have found I tend to command them much more independently than I do with soldiers. Tanks are the speed demons of the game but they are highly vulnerable if left out on their own so you have to be careful. Mobility kills are common in the game and if you get your critical tanks hit early you may find them fully manned, but unable to take part any further in the battle.

The preview version of Theatre of War came with about a half a dozen single missions, five campaigns and several training missions to get acquainted with the game. In addition Battlefront.com has quite a few training tutorials on their web site to get people up-and-running. I was going to comment on the minimalist nature of the single player games but then Battlefront announced that ToW will ship with a full mission builder.

I cannot comment on the mission builder, it was not in the preview copy. But I do honestly think that this eliminates the worst problem that I had with the game as it was originally released. The game as I tested it was very deep, very challenging (a little too hard at times, those Poles really fought well) but like it didn’t have a lot of long term playability to me. The mission builder solves that. I can see many custom missions being built and hopefully, many custom campaigns as well. If ToW’s mission builder is anywhere close to the IL-2’s builder then you can easily see hundreds of custom missions within months of release. Also expect to see mods and skins eventually added to the game.

Campaigns appear to be well made, if somewhat challenging. From what I could see in my limited time with the campaigns, it should give the player a lot of challenge. Although the campaign is linear in nature, what happens in one mission effects what you can do in another one. You start out with a pool of troops and as you advance you can replace, upgrade, or improve on your current force. Everything is based upon points. If you get your battalion whacked in one battle you may find yourself dangerously under strength later on. 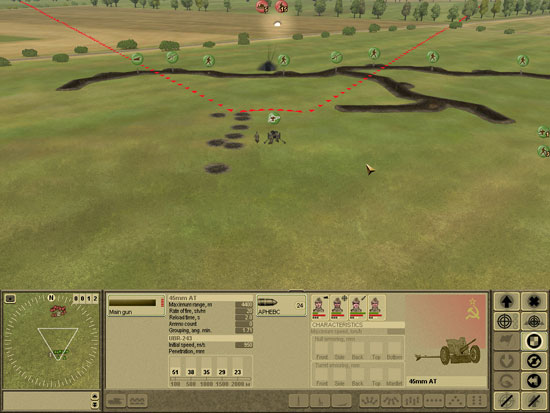 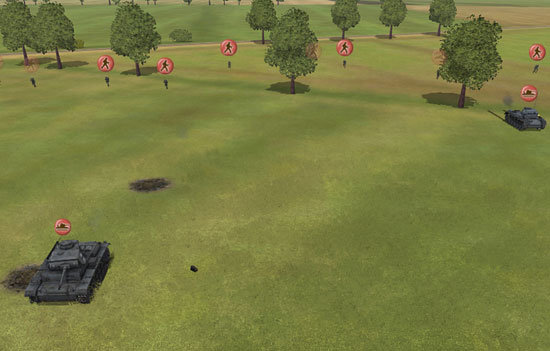