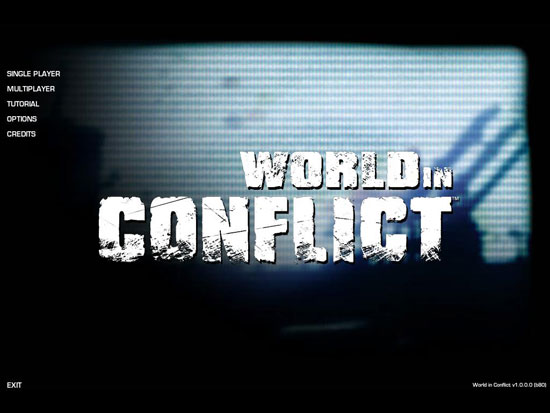 There are 3 playable factions in the game: USSR, USA, and NATO. Each have the same types of units but different in their own respect. i.e.: the USSR has the T80 for a heavy tank, the US has the M1A1, and NATO has the Leopard 2A4. There are tons of units, broken down into 4 roles. Armor, air, infantry, and support. All roles must work together to accomplish the mission. The basic mission is to capture points scattered throughout the selected map. This occurs in both single player and multiplayer. The only difference is the idiot AI control some units while you control some in the single player campaign. The sweet spot for this game is multiplayer, where each human plays one of the roles, and you’re forced to work together or die. Very nicely done, a lot of unique ideas in this game, especially in the multiplayer. Of course in the end it’s just like Company of Heroes, but now in modern times, in modern US of A.

It’s still a click fest, especially the single player. It is extremely fast and furious, but in multiplayer it is slowed down some due to humans playing roles, and you can only buy a certain amount of units at a time. 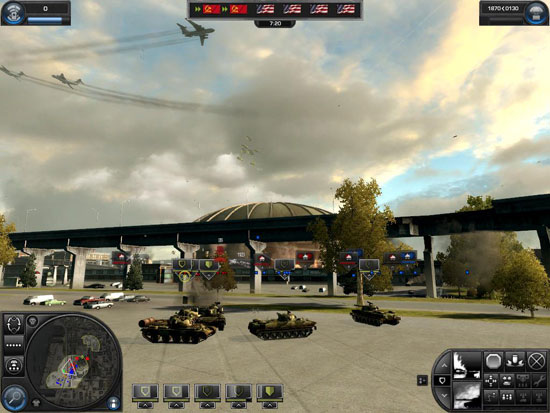 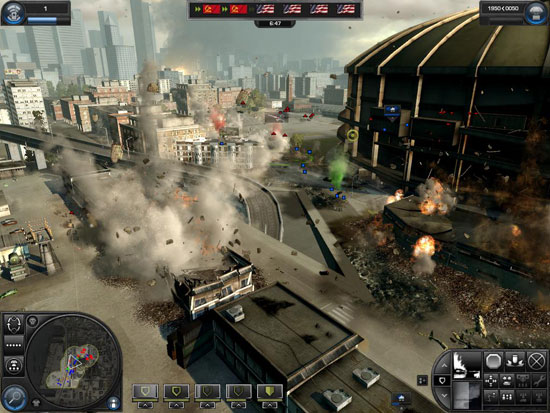 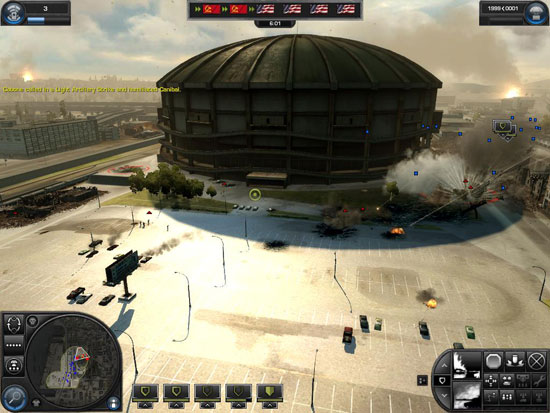